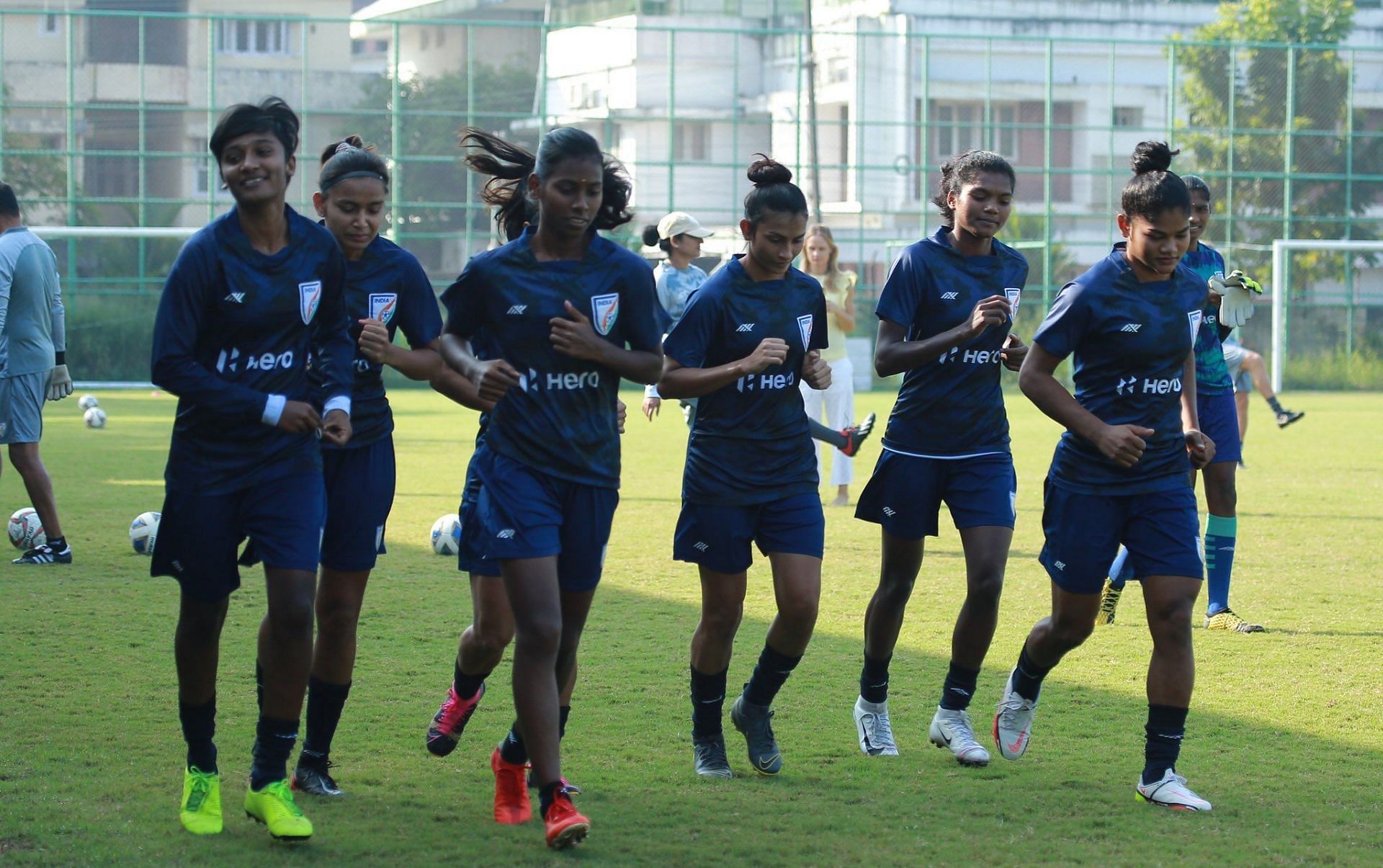 Host nation India on Tuesday announced their 23-member squad for the upcoming AFC Women’s Asian Cup. The tournament is set to take place in Mumbai, Navi Mumbai, and Pune from January 20 onwards.

Of the 23 players named in the squad, 15 are under the age of 25. Hence, the Indian Women’s Team will be fielding a relatively younger side. But head coach Thomas Dennerby also has a couple of experienced heads to throw in the mix.

While the captain is yet to be officially named, centre-back Ashalata Devi is expected to lead the side. The 28-year-old has already romped up 64 caps for the national side and has been a central figure in the backline.

“We have a good bunch of young players, and some experienced heads too. The young ones are hungry to prove themselves, so that brings in a good level of energy and healthy competition for places. But it also works the other way round — as the experienced players can guide the young ones in different things both on and off the pitch,” Thomas Dennerby said.

However, the Blue Tigresses will miss out on the presence of talismanic forward Bala Devi in the forward line. The Rangers forward is still recovering from an ACL (anterior cruciate ligament) surgery, performed last September.

India have been drawn against Iran, Chinese Taipei and China in Group A of the competition, in which a total of 12 teams are participating. The tournament presents a massive opportunity as the top five teams seal a berth in the 2023 FIFA Women’s World Cup.

Here is the full list of players with their kit numbers for the tournament:

The Blue Tigresses have been drawn in Group A and start their AFC Asian Cup journey on January 20, 2022.

Denial of responsibility! NewsUpdate is an automatic aggregator around the global media. All the content are available free on Internet. We have just arranged it in one platform for educational purpose only. In each content, the hyperlink to the primary source is specified. All trademarks belong to their rightful owners, all materials to their authors. If you are the owner of the content and do not want us to publish your materials on our website, please contact us by email – [email protected]. The content will be deleted within 24 hours.
afcAnnouncedAshalata DeviAsianBala Devibest sports newsCupIndia