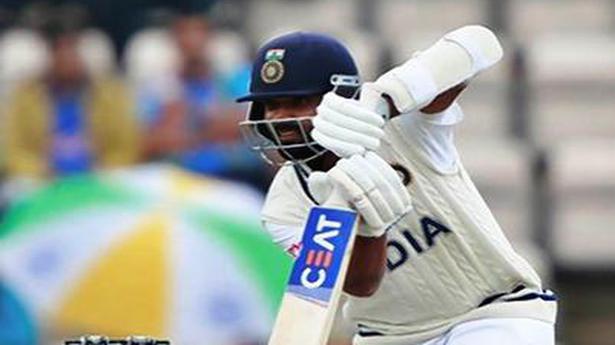 India vs New Zealand | In search of vital runs, Rahane grinds it out at BKC

By batting at the nets in short spans, against a variety of bowlers, and by doing everything else that is in his control, Ajinkya Rahane is bracing up for the upcoming Test series against New Zealand, knowing well it could decide his future in the Indian team.

Besides carrying the additional burden of leading the team in the opening Test in Virat Kohli’s absence, Ajikya Rahane will also need to score runs to ensure questions are not raised about his place in the coming weeks.

In the last 15 Tests, Rahane has scored just 644 runs at an average of 24.76. Since that magnificent match-winning hundred at the MCG last December, Rahane has been struggling to live up to the expectations.

On expected lines, the focus was firmly on Rahane as India’s test specialists looked to get into the groove on the first day of a short camp at the Mumbai Cricket Association’s Bandra Kurla Complex facility on Monday.

Rahane has not been among the runs and he will certainly be aiming to score big in the two Test matches at home against the Kiwis.

It was well past noon when Rahane entered the nets for his first hit of the day. Straightaway, he was seen tackling the Mumbai bowlers and off-spinner Jayant Yadav, who has made a comeback to the five-day team.

While the right-handed Rahane mostly worked on his defence, he also stepped out on occasions, including against young Mumbai pacer Tushar Deshpande. Against both the spinners and fast bowlers, he played on the front-foot and also rocked back to punish the short ones.

Rahane, and his deputy for the first Test, Cheteshwar Pujara, batted in turns in the two nets arranged at the MCA facility, of whose ground in-charge is MCA Apex Council member Nadim Memon.

Selector Abbey Kuruvilla was seen overseeing the camp, which will take place till Thursday.

Apart from Rahane, Pujara also batted for a good amount of time and played several shots, including a reverse sweep.

Senior speedster Ishant Sharma and pacer Prasidh Krishna also bowled in the nets as the Test specialists started their training on a positive note.

The batters batted for over two hours even as a few National Cricket Academy (NCA) office-bearers were seen at the facility.

The first Test will be played at Kanpur from November 25, while the second Test will be held at the Wankhede Stadium here from December 3.

Denial of responsibility! NewsUpdate is an automatic aggregator around the global media. All the content are available free on Internet. We have just arranged it in one platform for educational purpose only. In each content, the hyperlink to the primary source is specified. All trademarks belong to their rightful owners, all materials to their authors. If you are the owner of the content and do not want us to publish your materials on our website, please contact us by email – [email protected]. The content will be deleted within 24 hours.
ajinkya rahaneAjinkya Rahane formbest sports newsBKCcricket matchgrindsIndiaIndia vs New Zealand