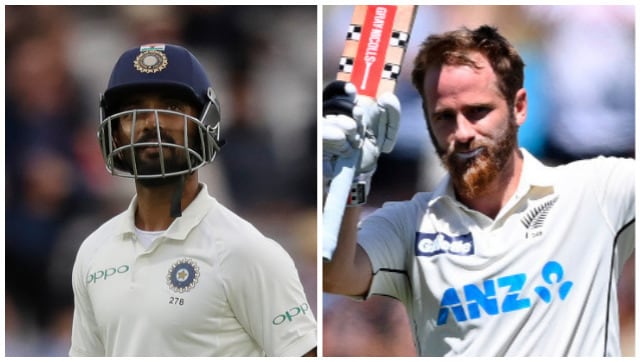 India vs New Zealand 1st Test preview: India take on New Zealand in the first of the two Tests, in Kanpur.

The Kiwis beat India in the first cycle of the World Test Championship final six months ago to lift the title. Since then they have met a few times in white-ball cricket. It will be different ball game this time though as the Kiwis will be playing on the Indian soil.

They will face an uphill task against the Indian spin attack which is one of the best in the world. The last time the Kiwis toured India, they were outclassed 3-0. R Ashwin and R Jadeja combined to take 41 out of the 57 wickets taken by the bowlers.

Ashwin has been in good touch of late having returned to the white-ball side after four years. He will be the biggest threat to the Kiwis.

The Kiwi batsmen would have to show more application and adapt to the conditions quickly as the turnaround time from white-ball to red-ball cricket has been very short. There are no practice matches as well.

Kane Williamson, who played a couple of brilliant innings in the WTC final, will be the key for the Kiwis in that middle order.

India will be missing some of their first-choice players in Rohit Sharma, Jasprit Bumrah, Mohammed Shami Rishabh Pant, who have been rested. Kohli has been rested for the first Test and Ajinkya Rahane will lead in his absence. India received a blow ahead of the series as KL Rahul was ruled out of the series due to thigh strain. Suryakumar Yadav has replaced him in the squad. This means that Mayank Agarwal and Shubman Gill will in probability open the batting. And Rahane confirmed that Shreyas Iyer will make his Test debut, so he will most likely bat at No 4 in absence of Kohli.

Rahane and Pujara will be looking to get back to their best after struggles of late.

Kane Williamson will be hoping that some luck goes his way with regards to the toss which could be crucial. Last series, he lost all the tosses and scoreboard pressure does play a role especially in India.

Here’s everything you need to know about the first India vs New Zealand Test in Kanpur:

When will the first Test between India and New Zealand take place?

The first Test between India and New Zealand will take place from 25-29 November, 2021.

What is the venue for India vs New Zealand match?

The match will take place at Green Park in Kanpur.

What time will the match start?

Which TV channels will broadcast India vs New Zealand match?

The match will be telecast on Star Sports Network. The live streaming of the match will also be available on Disney + Hotstar. You can also browse Firstpost.com for live updates and over-by-over commentary.

Denial of responsibility! NewsUpdate is an automatic aggregator around the global media. All the content are available free on Internet. We have just arranged it in one platform for educational purpose only. In each content, the hyperlink to the primary source is specified. All trademarks belong to their rightful owners, all materials to their authors. If you are the owner of the content and do not want us to publish your materials on our website, please contact us by email – [email protected]. The content will be deleted within 24 hours.
1stbest sports newsbluechallengechampionsCricketDayface