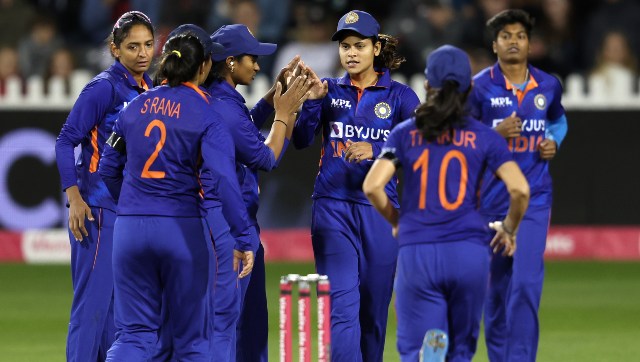 India had a glorious opportunity to record their first T20I series win against England on Thursday. Coming into the third match after a comprehensive victory at Derby, against a home side that was missing the services of Heather Knight, Nat Sciver, and Katherine Brunt, almost everything looked in India’s favour. But as the late-night game spilled over into Friday, hope turned into despair for Harmanpreet Kaur and Co. and their fans.

Asked to bat first, India lost half of their batters before the halfway mark of the innings with just 35 runs on the board, and that never allowed the visitors to make a comeback in the winner-takes-all contest. The batting collapse, however, is something that we will come to later. The biggest worrying factor is the team’s ineffectiveness in yet another high-stakes game.

Their eight-wicket win in the second T20I against England, who were dumped out of the Commonwealth Games (CWG) by the same side just last month, was another example of how good the Indian side can be on a given day. But it’s the consistency and the ability to do it in the biggest of the games that need to be addressed.

Skipper Harmanpreet had spoken about the need for a regular sports psychologist with the team to work on “mental skills” and it’s a demand BCCI should surely and quickly look into.

Coming to the specifics, Jemimah Rodrigues’ hand injury forced India to make changes to their batting order. Additionally, an extra batter was also included to swell the run-scoring capability. Harmanpreet expressed the need for an extra batter after India lost the gold medal match to Australia in the 2022 CWG.

However, the only match that India won didn’t require the visitors to call upon its new longer batting line-up as Smriti Mandhana and Harmanpreet finished the job early. And in the two games that India lost, the extra batter didn’t help much as the batters collapsed in unison.

This is not to say that India don’t need the extra batter. An extra pure batter is extremely essential but her standing up to the occasion, and all taking responsibility are actually what will lead to desired results.

Comeback batter Dayalan Hemalatha had a forgetful series with 19 runs across three matches and rookie Kiran Navgire scored seven in her only innings, but Shafali Verma’s failure in the series was a bigger disappointment. With only 39 runs in three matches, Shafali failed to give India the required starts in both losses. In 12 matches this year, she has an average of under 20. The lack of runs also put more pressure on Mandhana and Harmanpreet, who also didn’t have the best of the series.

Spinner Sophie Ecclestone and Sarah Glenn together took 11 wickets in three matches and the way Indian batters countered the tweakers exposed a new chink in their armour. India have always enjoyed triggering opposition collapses, using their spin-heavy attacks, but this time they got a taste of their own medicine. To be completely fair, the conditions did play their part as well.

There were some though who took the opportunity to make a case for a longer rope with the team. Richa Ghosh, who returned after being dropped for the CWG, scored a crucial 33 off 22, batting at number eight to provide India some semblance of hope in the final match. She had also scored 16 in the first T20I and showed with the two outings that she can be a power-hitter down the order.

Radha Yadav is arguably the best fielder in the side and it showed throughout the series. Her athleticism and safe catching add an extra dimension to the side which generally bores the reputation of being poor fielders. Her stingy match figures of 1/14 also helped India take the third T20I into the penultimate over.

Though not at a blistering rate, Deepti Sharma’s knocks of 29 and 24 helped stabilise India’s innings momentarily in both the losses and her consistency from the middle-order is a good sign.

As always, there’s plenty to ponder for India after the series loss. There are positives and negatives. But it’s clear that India need to work on their batting with the 2022 Women’s 20 Asia Cup and 2023 T20 World up fast approaching.

Denial of responsibility! NewsUpdate is an automatic aggregator around the global media. All the content are available free on Internet. We have just arranged it in one platform for educational purpose only. In each content, the hyperlink to the primary source is specified. All trademarks belong to their rightful owners, all materials to their authors. If you are the owner of the content and do not want us to publish your materials on our website, please contact us by email – [email protected]. The content will be deleted within 24 hours.
battingbest sports newsenglandFailFirstcricketFirstposthistoricIndia