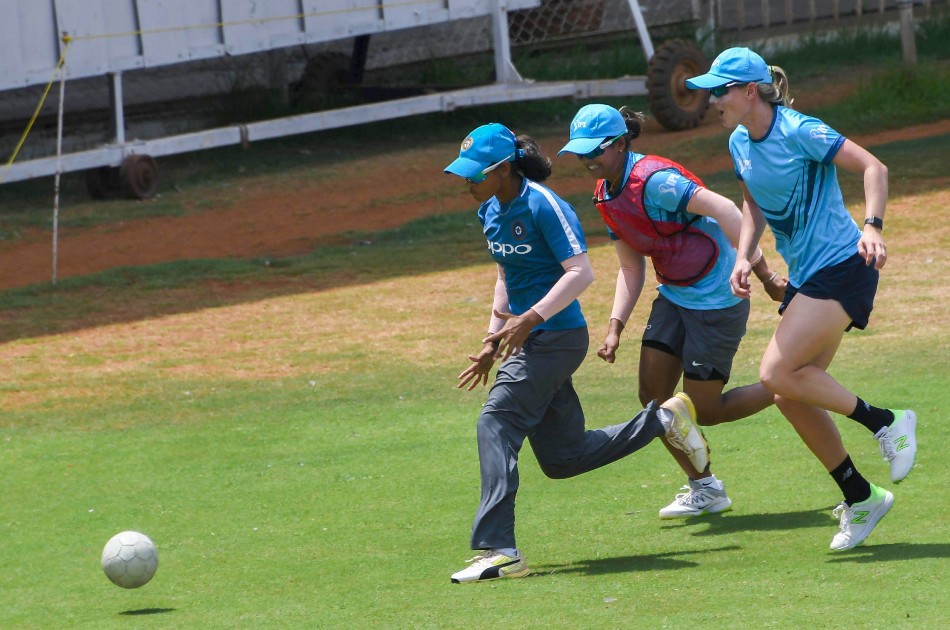 Sharma, who has worked a lot with the men’s India U-19 team, was with the national women’s team for the first time during the home series against South Africa in March.

Since the series was organised last minute, Sharma did not get a lot of time with the players but he is looking forward to working with them on an individual basis during the UK tour, starting June 16.

The Indian team is scheduled to play a Test, three ODIs and as many T20s against the hosts.

“Overall development is needed as far as fielding is concerned. The game is changing, you have to be more athletic. Technically, work needs to be done. What I observed is that a lot of girls are struggling with their throwing techniques.

“If you develop wrong technique in your early days then it troubles you with injuries. Once the technical side is taken care of, then you can build on the strength part,” Sharma told PTI before entering the bio-bubble in Mumbai ahead of the UK tour.

In the home series against South Africa, Sharma observed that the opposition players were much faster in the field.

“This time I will interact with more on a one to one basis rather than group and assess what they feel about the game and then try and match up to my expectations.

“But as of now technically they really need to work hard. What I have noticed in women’s cricket is that a lot of U-19 players are going on to play for the senior team. Workload is more on their shoulders and they are not that strong.”

It was India’s first series in 12 months and the players looked under prepared. South Africa ended up winning both T20s and ODIs.

“We have to accept that there is a huge difference between foreign teams and our girls. The South African girls were more athletic, they cover the ground quicker and they are little stronger also,” said Sharma.

“What I see that we are standing on technique, we are not standing on strength. We need to be strong on both fronts,” he said.

Improvement is also needed on catching and running between the wickets, he said.

“Last series what I saw was there was a lapse in judgement in some cases, may be because they were playing after a long time. A lot depends on the frame of of mind. We will work sincerely on that front.

“The running between wickets is a huge part of the game. If the team is having good coordination then you can convert those singles into twos and that is one area where we can add pressure on the opposition.”

Young opener Shafali Verma is seen as the next big thing in women’s cricket but questions have been raised over her fitness. Sharma said she is improving rapidly.

“During the last series also we worked a lot on her fielding. As far as weight loss is concerned she has really worked hard but just weight loss doesn”t make you a better fielder or a player.

“We are working on her fielding, things like cutting down the angles and judging the ball early. You will see a big improvement very soon. She is a very sincere girl and does whatever has been told to her.”

Sharma concluded by congratulating the BCCI on organising Test matches for women.

“It is a very good and welcome step. However, since the women don’t play red ball cricket, it will be a challenge. Longest format is always difficult because that is real cricket. It will be totally new experience for most of the girls. I am sure they will enjoy it,” he added.

Denial of responsibility! NewsUpdate is an automatic aggregator around the global media. All the content are available free on Internet. We have just arranged it in one platform for educational purpose only. In each content, the hyperlink to the primary source is specified. All trademarks belong to their rightful owners, all materials to their authors. If you are the owner of the content and do not want us to publish your materials on our website, please contact us by email – [email protected]. The content will be deleted within 24 hours.
Abhayathleticbest sports newsCoachfieldingIndianews update sportsnewsupdate