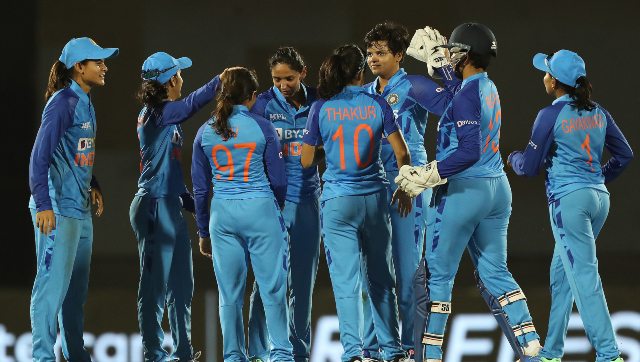 India have been going through a difficult phase ahead of the much-anticipated Women’s T20 World Cup, scheduled for February this year in South Africa. After coming off an upsetting 4-1 defeat against world champions Australia in an away series in December last year, the Women in Blue will now feature in a T20I triangular series involving South Africa and West Indies.

All three sides will see the assignment as their final preparation for the World Cup and will aim to get the best out of it. The tri-series will begin on 19 January with India squaring off against hosts South Africa at Buffalo Park, East London.

The tri-series will consist of a total of seven matches. The teams will face each other twice in the first stage. Then, the top two teams with the most wins will cross swords in the summit game, which will take place on 2 February. All the fixtures will be played at Buffalo Park in East London.

Looking at the Indian squad, the Harmanpreet Kaur-led unit will miss two of their young guns Shafali Verma and wicketkeeper Richa Ghosh. Both of them are now serving the junior team in the inaugural edition of the ICC U-19 Women’s T20 World Cup. Thus, S Meghana is expected to open the innings along with star batter Smriti Mandhana. Among others, Sushma Verma and Shikha Pandey were called up for the series and will be tested in challenging conditions.

On the other hand, all-rounder Sune Luus will captain the Proteas in the absence of their regular skipper Dane van Niekerk who failed to make it to the squad due to some fitness issues. West Indies’ iconic all-rounder Hayley Matthews will lead them during the campaign.

All matches of the tri-series will be telecast on the Star Sports Network. The live streaming of the same will also be available on the Disney+ Hotstar Mobile App and website.

Denial of responsibility! NewsUpdate is an automatic aggregator around the global media. All the content are available free on Internet. We have just arranged it in one platform for educational purpose only. In each content, the hyperlink to the primary source is specified. All trademarks belong to their rightful owners, all materials to their authors. If you are the owner of the content and do not want us to publish your materials on our website, please contact us by email – [email protected]. The content will be deleted within 24 hours.
Africabest sports newsFirstcricketFirstpostFixturesformatIndiaLive