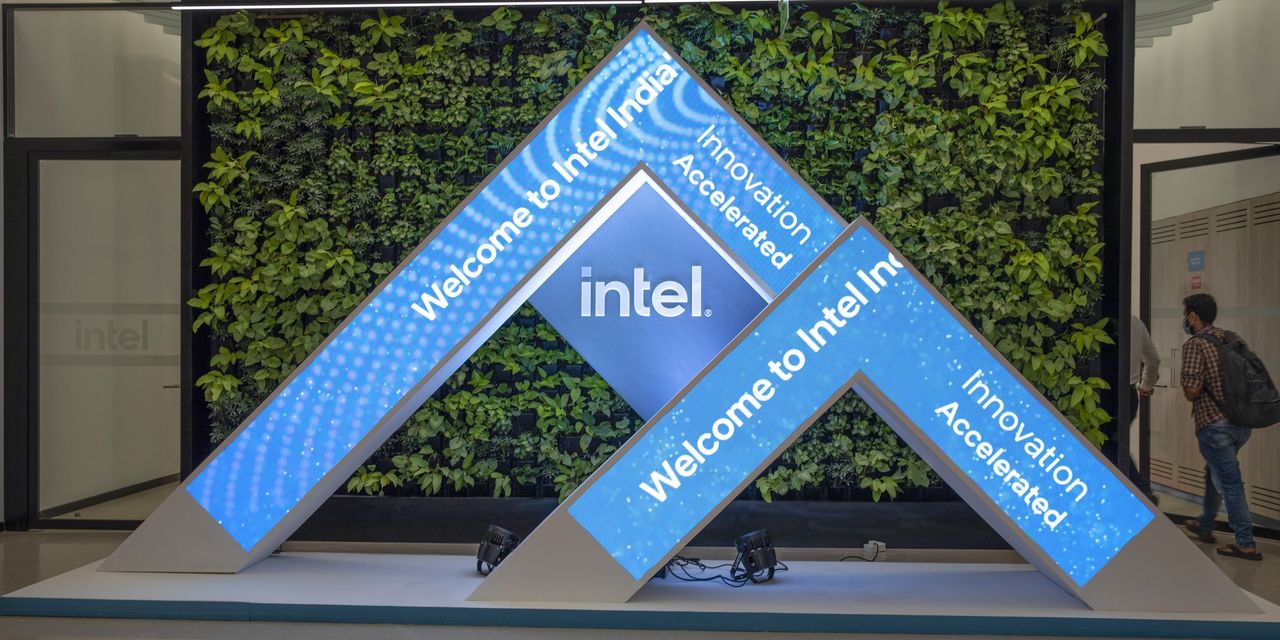 is expected to report lower sales for a second straight quarter, reflecting a slump in personal-computer purchases after two years of strong pandemic-era demand.

Higher interest rates and inflation have hit consumers’ pocketbooks around the world, and the return to in-person work has softened demand for PCs that people bought in droves over the past two years to facilitate remote work and distance schooling.

Intel is expected to generate revenue of $18.56 billion in the current quarter, down 3.4% from the year-prior period.

America’s largest chip maker by sales also is having to grapple with other market disruptions. Consumer spending cooled in May in the U.S., according to the most recent government data, and an economic slowdown has been under way since the beginning of the year. Europe’s growth forecast for this year has slowed amid Russia’s invasion of Ukraine, and Chinese growth has been hindered by Covid lockdowns.

Chip makers less directly exposed to fluctuations in consumer demand have reported stronger results in recent quarters. Pent-up demand for cars, coupled with a shift toward electric vehicles that gobble up more semiconductors than their gas-powered counterparts, helped boost earnings at car-chip maker

on Tuesday also reported results above Wall Street estimates. Alongside their automotive businesses, both companies sell to industrial customers who have been less hard-hit by consumer weakness.

Intel executives had warned that the second quarter wasn’t shaping up as strongly as they initially expected. Chief Financial Officer

said in June that headwinds for the business were “much worse than what we had anticipated coming into the quarter.”

Since taking the reins last year, Mr. Gelsinger has set an ambitious course for Intel to regain a technology edge on other chip producers that surpassed it in the race to make the fastest chips with the smallest transistors.

He’s also trying to turn the company into a major contract chip maker, producing semiconductors for others. That business, which recently signed up Taiwanese smartphone-chip maker

as a customer, aims to compete with

in an arena where Intel in the past has struggled to gain a foothold.

A centerpiece of that strategy is an expensive campaign to grow Intel’s manufacturing footprint, with help from governments around the world that increasingly see chip-making as a national-security priority. Intel plans to open huge new chip-making plants in Arizona, Ohio and Germany, among other expansion projects.

In the U.S., the company is banking on government incentives to lighten the financial load of that expansion, including money from a $52 billion industry investment bill that passed in the Senate on Wednesday. Intel has said the pace and scale of its Ohio project is contingent on federal incentives, and it delayed a groundbreaking ceremony set for this month as the funding legislation remained in limbo.

Denial of responsibility! NewsUpdate is an automatic aggregator around the global media. All the content are available free on Internet. We have just arranged it in one platform for educational purpose only. In each content, the hyperlink to the primary source is specified. All trademarks belong to their rightful owners, all materials to their authors. If you are the owner of the content and do not want us to publish your materials on our website, please contact us by email – [email protected]. The content will be deleted within 24 hours.
best technology newsC&E Industry News FilterCapacityCapacity/FacilitiesComputer HardwarecomputersComputers/Consumer Electronicscomputing