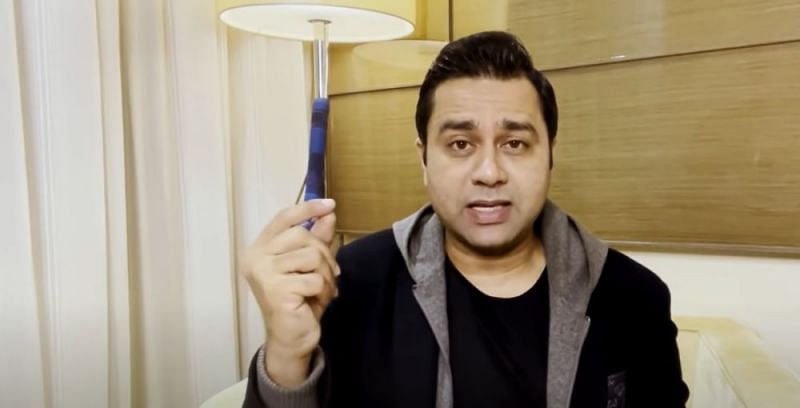 IPL 2021: Aakash Chopra names the most underrated Indian player of the T20 league

Former cricketer Aakash Chopra has picked Punjab Kings (PBKS) opener Mayank Agarwal as the most underrated Indian player of the Indian Premier League (IPL) 2021. Chopra opined that, despite his fabulous performances this season, the 30-year-old has not been given the credit he deserves.

In an interaction on his YouTube channel, Chopra was asked to name the most underrated Indian player in this year’s IPL according to him. The former batter picked Agarwal without any hesitation.

“I feel Mayank Agarwal is highly underrated. He is a runaway match-winner and put up a brilliant performance in the IPL. He played 12 matches, ended up with a wonderful average and an amazing strike rate. Still, somehow, no one talks about him.”

According to the 44-year-old, Agarwal is in the same league as the other successful openers in the IPL like Shikhar Dhawan and Ruturaj Gaikwad. He elaborated:

“People talk about everyone from Shikhar Dhawan, Prithvi Shaw, KL Rahul to Devdutt Padikkal and Ruturaj Gaikwad. This is all fine, but where is Mayank? He has performed exceptionally well.

“I feel he is highly underrated because he opens the innings for Punjab Kings (PBKS) with KL Rahul. Since Rahul is a big-ticket player, Mayank has always played in his shadows.”

IPL 2022 will see the introduction of two new franchises. Making a bold prediction, Chopra claimed that Agarwal could be a potential captaincy candidate for one of the two new sides.

“I have a feeling that Mayank will be a captaincy candidate for one of the two new IPL teams that will be entering the fray next year if Punjab Kings release him. He can be a leader.

“I have heard from a number of my sources that he has a very astute cricket brain. Also, he always puts team before self, which has been evident in the way he has batted. I would say Mayank is a highly underrated but high-value cricketer.”

Despite impressive batting performances from Agarwal and skipper KL Rahul (626 runs), PBKS were knocked out of IPL 2021 after the league stage. They finished sixth in the points table with six wins and eight losses.

Denial of responsibility! NewsUpdate is an automatic aggregator around the global media. All the content are available free on Internet. We have just arranged it in one platform for educational purpose only. In each content, the hyperlink to the primary source is specified. All trademarks belong to their rightful owners, all materials to their authors. If you are the owner of the content and do not want us to publish your materials on our website, please contact us by email – [email protected]. The content will be deleted within 24 hours.
Aakashbest sports newsChopraCricketIndianIPLIPL 2021ipl 2021 news

Virat Kohli needs to take some of the blame, but not all of it