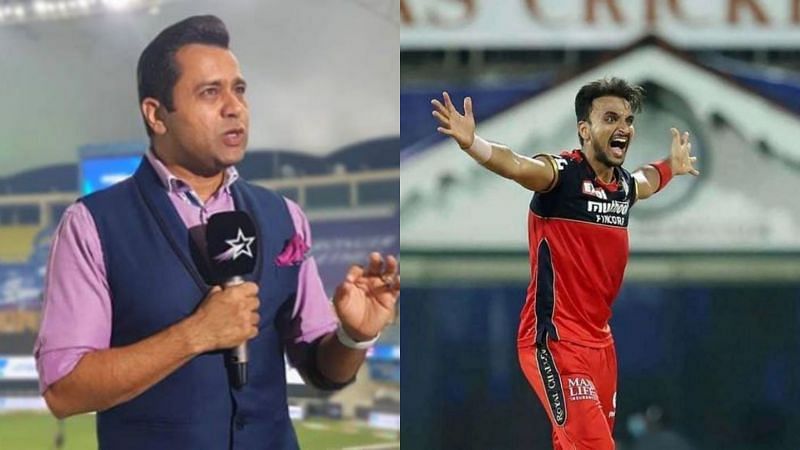 With less than a week to go for the resumption of IPL 2021 season in the UAE, cricketer-turned-broadcaster Aakash Chopra has presented six key points to remember for all the franchises.

Aakash Chopra suggested the teams look for ‘proper’ fast-bowlers with express pace. Chopra said players like current Purple Cap holder Harshal Patel, who look to deceive opponents with slower ones, haven’t been historically useful in the UAE and that the trend is likely to continue in IPL 2021.

“Play fast bowlers with speeds of over 137-140 kph, don’t go for medium pacers. Fast bowlers with speeds above 140 kph have enjoyed a better average, economy rate and strike rate than the slower ones. This means the pitches are helping the bowlers with pace… So I’ll say don’t play Harshal (Patel) and instead go with Navdeep and Siraj who have pace. Play (Josh) Hazlewood over (DJ) Bravo… and go for proper fast bowlers over those who swing the ball,” Chopra remarked in a video on his YouTube channel.

The former opener then advised the teams to look to bat first if they win the toss. He recalled how everyone expected chasing to be the winning mantra in IPL 2020 but it never succeeded despite desperate attempts from all teams.

“Win the toss and bat first. If you look at the last IPL, teams kept on fielding first and losing badly; rinse and repeat. History said it was the best formula to succeed so they kept trying. But it never happened and by the time they realized it, the pitches had started to change again,” added Aakash Chopra.

In his third suggestion, Aakash Chopra said the teams should look to play only those spinners who are quicker in the air, with the likes of Varun Chakrvarthy, Rashid Khan and Rahul Chahar being cases in point. He added:

“The third point is, spinners who are faster in the air have been more dominating. This is an interesting one because their economy was better, they were picking more wickets, Varun Chakravarthy and Rashid Khan come to your mind straightaway.”

IPL 2021 is the second time the opulent league is being played in the UAE. Last season, fresh wickets in Sharjah, Dubai and Abu Dhabi were bouncy and conducive to pacers but also had some wiggle room for leg-spinners. This meant that all of the top-10 wicket-takers were either speedsters or quick leggies.

Further, Aakash Chopra advised franchises to look against playing pinch hitters like Sunil Narine and instead stick to technically correct openers. He explained:

“The 4th point is to play proper, proper openers. If you are thinking of opening with pinch hitters or ‘trying something new’, don’t do that. The first 30 matches here showed that there were a lot of dot balls at the start and at least 2 wickets fell in the powerplay. So, in such a scenario you need proper openers with proper techniques.”

In his penultimate suggestion, Aakash Chopra said all teams should look to deploy their left-arm pacers in the UAE because they have been more successful statistically than their right-arm counterparts.

“Point number 5 is to go for left-arm pacers. They were absolutely rockstars in the first 30 games… RCB can look towards George Garton… RR should play Mustafizur Rahman, SRH can think of Khaleel Ahmed and T Natarajan,” said Aakash Chopra.

Finally, the former opener remarked that the teams, while batting first, should always look to score over 180 runs even if it means getting off to a careful start. He expounded:

“Last but not least, I think there should be an attempt to score over 180. See, there’s a game here too – start well and patiently with the proper openers, don’t lose too many wickets. The next 10 overs are then very fruitful wherever you play. And if you reach over 170-175, it gets almost impossible to chase,” Aakash Chopra concluded.

The Chennai Super Kings vs Mumbai Indians clash will kick off the much-anticipated tournament on September 19 in Dubai.

Loading...
Denial of responsibility! NewsUpdate is an automatic aggregator around the global media. All the content are available free on Internet. We have just arranged it in one platform for educational purpose only. In each content, the hyperlink to the primary source is specified. All trademarks belong to their rightful owners, all materials to their authors. If you are the owner of the content and do not want us to publish your materials on our website, please contact us by email – [email protected]. The content will be deleted within 24 hours.
Loading...
AakashAakash Chopraaheadbest sports newsChennai Super KingsChopraCricketdont