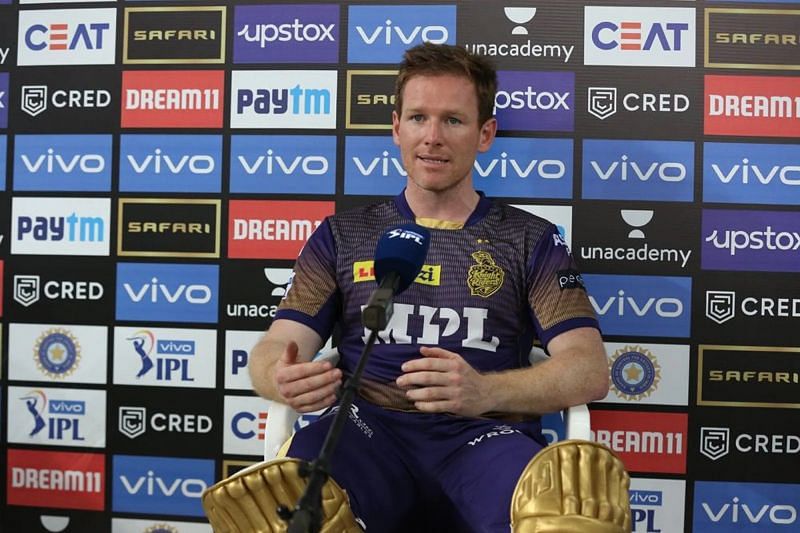 Sunil Narine shone with both bat and ball in Sharjah to star in KKR’s win. Lockie Ferguson also made useful contributions with the ball, while the KKR openers continued their fine form at the top of the order.

“He makes it look very very easy (Narine). On an improved wicket in Sharjah, he bowled outstandingly. Throughout the innings, we continued to take wickets post the first six overs. Then in the chase, being in control the whole time doesn’t allow you to breathe as a defending side.”

Sunil Narine returned with figures of 4/21, while Ferguson accounted for two wickets to restrict RCB to 138. Shubman Gill and Venkatesh Iyer then got KKR off to a flying start before useful contributions from Sunil Narine (26 off 15) and Nitish Rana took Eoin Morgan & co past the finish line.

The purple brigade scripted a complete turnaround to make it to the IPL 2021 playoffs. They were seventh in the points table with only two wins from seven games after the India leg.

Morgan asserted that everyone came in with a purpose, which helped KKR reap rich dividends.

“I thought we had a chance, but the cricket we have played has surprised everybody. Everyone came with a drive to perform,” Morgan concluded.

The Kolkata Knight Riders will now lock horns against DC on October 13 (Wednesday) in Sharjah for a place in the final against Chennai Super Kings.

Denial of responsibility! NewsUpdate is an automatic aggregator around the global media. All the content are available free on Internet. We have just arranged it in one platform for educational purpose only. In each content, the hyperlink to the primary source is specified. All trademarks belong to their rightful owners, all materials to their authors. If you are the owner of the content and do not want us to publish your materials on our website, please contact us by email – [email protected]. The content will be deleted within 24 hours.
best sports newsCricketEasyEoineoin morganIPLIPL 2021ipl 2021 news