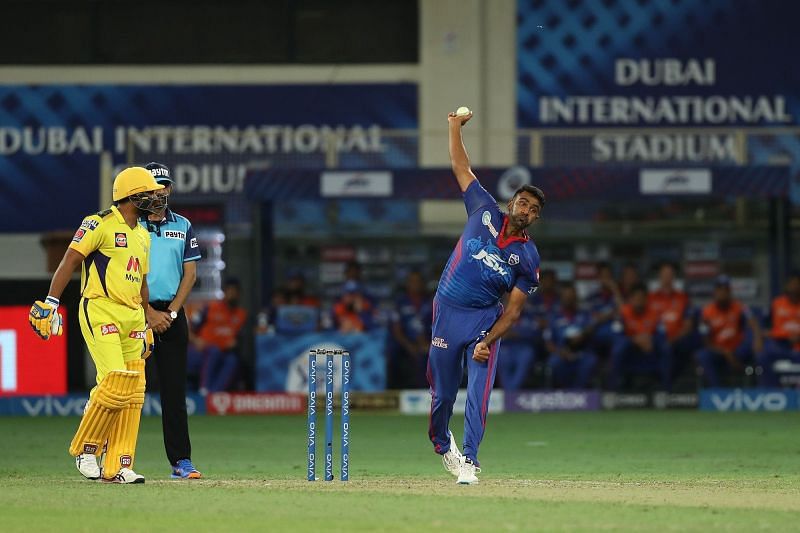 IPL 2021: “Ravichandran Ashwin is not giving you the overs that he should” – Aakash Chopra on the Delhi Capitals’ bowling woes

Ashwin has bowled a total of just three overs in the last couple of matches the Delhi Capitals have played in the UAE leg of IPL 2021. The off-spinner has picked up only five wickets in the 12 matches he has played for the franchise in the current edition of the Indian Premier League.

While previewing the Delhi Capitals’ Qualifier 2 clash against the Kolkata Knight Riders (KKR) in a video shared on his YouTube channel, Aakash Chopra felt the Rishabh Pant-led side should go in with only five frontline bowlers and expected Ashwin to be utilized better. He elaborated:

“You can manage with five bowlers but then Ravichandran Ashwin has to bowl his quota of overs. You are not getting him to bowl at all, either he is not doing or you are not giving. The fact of the matter is that he is not giving you the overs that he should.”

The cricketer-turned-commentator added that R Ashwin has to give four overs, considering that he is also part of Team India’s T20 World Cup squad. Chopra said:

“He is an India player. If he doesn’t bowl well or he doesn’t give four overs, however many bowlers you play, you are going to be short.”

The low and slow Sharjah pitch might be to Ashwin’s liking. The wily off-spinner could be one of the Delhi Capitals’ strike weapons on that track.

Aakash Chopra on the Delhi Capitals’ other bowling issues

Aakash Chopra also wants the Delhi Capitals to use their other bowlers at the right moments, considering that Avesh Khan’s confidence has taken a hit in the last couple of matches. He observed:

“The second point is the distribution of overs, Avesh Khan’s confidence has gone slightly down in the last two matches. So please use him properly and see who all have overs left.”

The former India opener concluded by stating that the Delhi Capitals should learn from their death over mistakes in the last match against the Chennai Super Kings (CSK). Chopra explained:

“Kagiso Rabada should have bowled the last over in the last match. He has not been hit for a four by Dhoni in his entire life. Dhoni was in front and you didn’t give him the bowling. You felt his day was not going good, he had given only 23 runs in three overs. So just get the right bowlers to do the right things.”

Rabada, who was the Purple Cap winner last year, has not been at his lethal best in IPL 2021. The South African pacer has taken just 13 wickets in the tournament so far and has also conceded an average of 8.32 runs per over.

Q. Should R Ashwin continue to be in India’s T20 World Cup squad?

Denial of responsibility! NewsUpdate is an automatic aggregator around the global media. All the content are available free on Internet. We have just arranged it in one platform for educational purpose only. In each content, the hyperlink to the primary source is specified. All trademarks belong to their rightful owners, all materials to their authors. If you are the owner of the content and do not want us to publish your materials on our website, please contact us by email – [email protected]. The content will be deleted within 24 hours.
AakashAshwinbest sports newsbowlingCapitalsChennai Super KingsChopraCricket