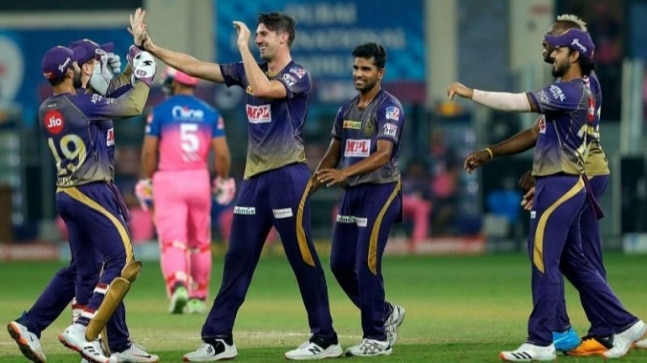 Former Kolkata Knight Riders captain Dinesh Karthik said he is ready to lead the team when IPL 2021 restarts in the UAE and also confirmed the non-availability of Pat Cummins for the second half of the season.

Kolkata Knight Riders wicketkeeper Dinesh Karthik revealed on Friday that fast bowler Pat Cummins will not come back to play the remaining matches of the Indian Premier League (IPL) 2021 in the United Arab Emirates.

IPL 2021 was suspended on May 4, after just 29 matches, after coronavirus breached the tournament’s bio-bubble, infecting four players, 2 support staff members and a bus cleaner.

The remaining 31 matches of the 8-team tournament will be played in the UAE due to the second wave of Covid-19 in India. The country will be hosting IPL matches for the second year in succession, and third time overall after 2009 and 2020.

UAE had successfully hosted the entire IPL season last year in a secure bio-bubble environment without any major hiccups during the tournament which is why the Board of Control for Cricket in India (BCCI) decided to take IPL 2021 to the Emirates once again.

But some foreign players are a bit apprehensive about leaving their families to come back and play the second phase of the tournament amid the pandemic.

Pat Cummins, who was one of the 38 Australian players stuck in India and then in Maldives due to the Covid-related travel and quarantine restrictions, is one those cricketers who doesn’t want to take part in the remainder of IPL 2021.

Karthik confirmed that the Aussie superstar won’t return to the team and also offered to lead the two-time champions one again if captain Eoin Morgan is also not available when the tournament restarts.

“Pat Cummins has himself said that he will not come. But when it comes to Eoin Morgan, there are still three months to go. A lot can change from now till September. But if I am asked to lead, I will be ready for it,” said Karthik in an interview with The Times of India.

KKR were languishing in 7th place with just 2 wins from 7 games before the BCCI indefinitely suspended IPL 2021 due to the virus crisis.

Cummins, who picked 9 wickets in IPL 2021, was the first player from the tournament to donate money towards India’s fight against Covid-19 after which a host of cricketers and commentators made contributions towards the country’s medical infrastructure and virus-relief work.

Cummins, who picked 9 wickets in IPL 2021, was the first player from the tournament to donate money towards India’s fight against Covid-19 after which a host of cricketers and commentators made contributions towards the country’s medical infrastructure and virus-relief work.

Loading...
Denial of responsibility! NewsUpdate is an automatic aggregator around the global media. All the content are available free on Internet. We have just arranged it in one platform for educational purpose only. In each content, the hyperlink to the primary source is specified. All trademarks belong to their rightful owners, all materials to their authors. If you are the owner of the content and do not want us to publish your materials on our website, please contact us by email – [email protected]. The content will be deleted within 24 hours.
best sports newscaptainDineshIPLKarthikKKRLeadnews update sports

2021 NFL Training Camp: Rookie vs Veteran battles to watch out for