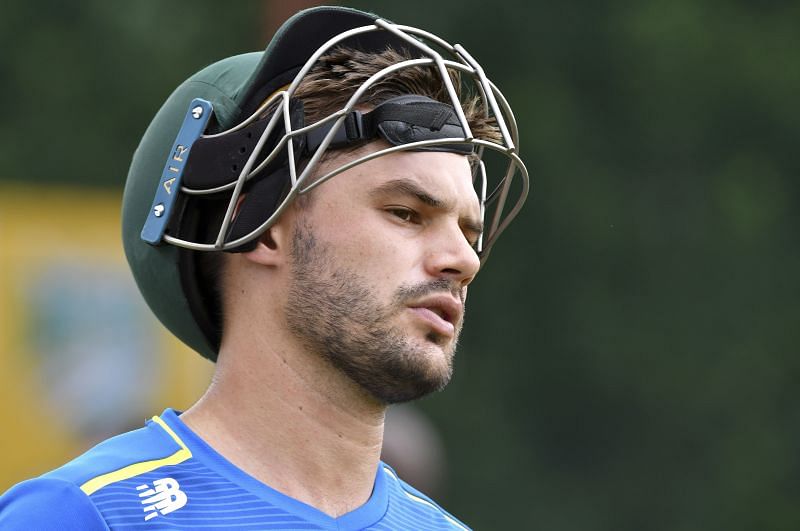 South African stalwart Aiden Markram is set to make his IPL debut for Punjab Kings (PBKS) in the upcoming UAE leg of the 2021 season. The stylish right-handed batsman will replace England’s Dawid Malan in the team.

Dawid Malan was part of the recently-concluded Test series between India and England. He, like a few other English players, has pulled out of the IPL season to spend some time with his family before this year’s Ashes. Malan, who is also the ICC’s top-ranked T20I batsman, played just one game in the first half of the tournament, scoring a run-a-ball 26 against the Delhi Capitals (DC).

“𝘼𝙞-𝙙𝙚𝙣 vich tuhadda swaagat hai! Welcoming our newest [Lion] Aiden Markram who will replace Dawid Malan for the remainder of the season!”

Aiden Markram has often been touted as a potential South African captain. The 26-year-old has played over 83 internationals for the Proteas, scoring over 3000 runs across all formats.

A strong back-foot player, Aiden Markram is equally adept against pace and spin, and holds almost every cricketing shot in his armory. His cover-drives can match that of Virat Kohli’s, while his square-cuts are among the crunchiest in the world.

Aiden Markram’s maiden IPL call-up has come hot on the heels of South Africa’s brilliant series win over West Indies. He was the third-highest run-scorer in the series and impressed everyone with his brisk knocks under pressure.

The franchise is likely to use him as a stable anchor in the top-order, which already consists of match-winners like KL Rahul, Chris Gayle and Nicholas Pooran.

Loading...
Denial of responsibility! NewsUpdate is an automatic aggregator around the global media. All the content are available free on Internet. We have just arranged it in one platform for educational purpose only. In each content, the hyperlink to the primary source is specified. All trademarks belong to their rightful owners, all materials to their authors. If you are the owner of the content and do not want us to publish your materials on our website, please contact us by email – [email protected]. The content will be deleted within 24 hours.
Loading...
AfricanAidenAiden Markrambest sports newsCricketDawiddawid malanEngland Cricket Team

On verge of surpassing Roger Federer and Rafael Nadal, Novak Djokovic still not No. 1 in fans’ hearts | Tennis News – Times of India