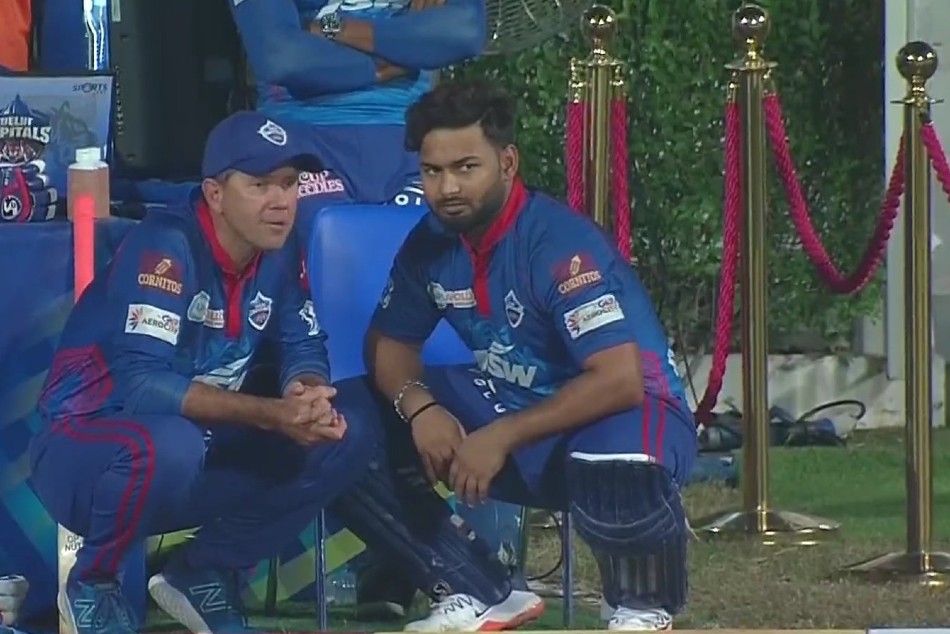 After being put in to bat first, Delhi Capitals batters could only post a below-par 135 for 5 in stipulated 20 overs. KKR bowlers kept things tight for Delhi batters from the start of the innings and prevented their batting-heavy side from posting a decent total on a sluggish Sharjah surface.

Delhi Capitals – who lost the Qualifier 1 against Chennai Super Kings (CSK) – were once again off to a slow start in the all-important knock-out game. No batter could provide Delhi with the impetus the team needed all through the innings and as a result coach Ricky Ponting’s boys could only post 135 on the board.

Openers Prithvi Shaw and Shikhar Dhawan started the innings for Delhi at a slow pace as KKR bowled in the right areas. Shaw was trapped in front by in-form Varun Chakravarthy for 18 in the fifth over. Delhi, thus, lost their opener in the powerplay and the middle-order kept struggling against a quality spin bowling attack from Kolkata. The trio of Chakravarthy, Sunil Narine and Shakib Al Hasan kept things tight for the opposition batsmen – who couldn’t accelerate their innings.

Australia all-rounder Marcus Stoinis – who was included in the playing eleven against KKR with an aim to strengthen batting – faced 23 deliveries but could only muster 18 runs in his innings after being sent in to bat at number three.

At the toss, Delhi Capitals’ captain Pant spoke about the inclusion of Stoinis and the decision for dropping England all-rounder Tom Curran. “We needed an extra batsman in these kinds of tracks, so Marcus Stoinis comes in. Tom Curran is out,” Pant said.

The decision to include Stoinis looked like a tactical move from coach Ponting and after Delhi batters once again failed to score a decent total on the board meme fest was triggered on social media.

#PapaPonting‘s move has not worked. Was always risky given Marcus was coming in and playing at Sharjah. Could be a move that costs them unless one of the two Indian stars fire big.

Ponting likes Stoinis but it feels like Iyer would have been better on this particular track. DC will hope Stoinis can get going from this point on.

At least today Ponting can’t say that he didn’t have a word with the captain about sending Stoinis at 3.

Ponting and Pant planning on how to use Nortje’s overs pic.twitter.com/I3BWgBAlRL

Ricky Ponting in the Post match today- “I need to have a talk with Rishabh Pant about it. I don’t know why Marcius Stoinis was sent in at number 3!” 😂😂

Ponting after the match about the Stoinis promotion – “You’d have to ask the captain his thinking behind it, I had no idea it even happened”

This is classic ponting pose for maximum brain output. Though DC fans would have liked him to take the pose before sending stoinis at 3. pic.twitter.com/t1eqcsPmJF

Denial of responsibility! NewsUpdate is an automatic aggregator around the global media. All the content are available free on Internet. We have just arranged it in one platform for educational purpose only. In each content, the hyperlink to the primary source is specified. All trademarks belong to their rightful owners, all materials to their authors. If you are the owner of the content and do not want us to publish your materials on our website, please contact us by email – [email protected]. The content will be deleted within 24 hours.
Battersbest sports newsCapitalsDelhiFailFestimpressIPL

Emma Raducanu lifts lid on her massive gesture to LTA after…

AirPods (3rd generation) review: Apple has given you a tough…