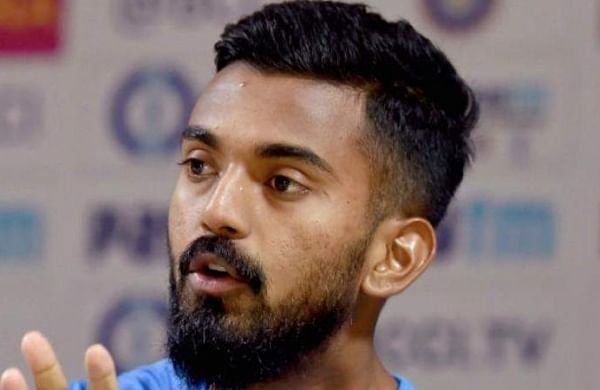 KOCHI: Punjab Kings have been on the wrong end of close finishes, but they finally managed to get over the line in a drama-filled encounter against Kolkata Knight Riders on Friday.

With the top three spots on the table seemingly locked up by Chennai Super Kings (already qualified), Delhi Capitals (qualified) and Royal Challengers Bangalore (third), all the scramble is for the fourth spot by the teams below them.

Kolkata, who occupy the final qualifying spot, have looked the best among the rest so far, but a two-point cushion was always tricky.

Struggling for consistency, Punjab skipper KL Rahul felt it would serve his side better to have a target in front to chase as he opted to field and Kolkata went onto post 165/7.

Led by Rahul 67 (off 55 balls), Punjab managed to secure a crucial victory that drew them level with Kolkata on the table.

With this win, Punjab moved to fifth spot and are tied on 10 points with Kolkata and Mumbai Indians.
It could have been different had Kolkata been more clinical in the field as there were plenty of dropped catches and misfielding.

It looked like Punjab had the game in the bag when they needed just five from the last over which was bowled by Venkatesh Iyer and Rahul still at the crease. The Punjab skipper perished while trying to go big and it took the equation to needing four from four balls. Shah Rukh Khan (22 n.o) hit the next ball straight down deep midwicket but Tripathi ended up spilling it over the ropes.

Kolkata skipper Eoin Morgan felt it was a ‘challenge within a challenge’ when it comes to batting first on surfaces where runs have not been easy to come.

But Kolkata began brightly thanks to Iyer who started aggressively.
His opening partner Shubman Gill couldn’t get going and was taken out by the ever improving Arshdeep Singh. And while Gill departed early, Rahul Tripathi combined with Venkatesh to stitch together a 72-run partnership that kept the scoreboard ticking.

Punjab managed to stop the flow of runs and restrict them to 165/7.

Without Chris Gayle who left the franchise citing bio-bubble fatigue, there was added responsibility on Punjab’s openers Rahul and Mayank Agarwal to chase the target down.

Kolkata offered them a lifeline when Mayank was dropped off his very first ball with Morgan letting go of an easy catch.

Sloppy fielding proved to be Kolkata’s undoing as Rahul and company managed to finally get a win under their belt to instil some confidence going into their next assignment against Bangalore.

Denial of responsibility! NewsUpdate is an automatic aggregator around the global media. All the content are available free on Internet. We have just arranged it in one platform for educational purpose only. In each content, the hyperlink to the primary source is specified. All trademarks belong to their rightful owners, all materials to their authors. If you are the owner of the content and do not want us to publish your materials on our website, please contact us by email – [email protected]. The content will be deleted within 24 hours.
2021Winbest sports newsContentionIPLIPL 2021KingsKnightKolkata