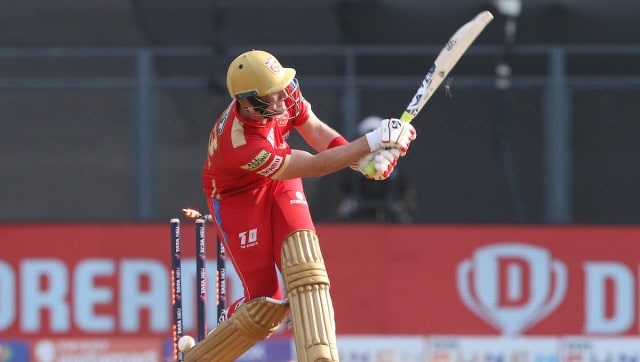 Lucknow Super Giants went to the top of the table with a win over Kolkata Knight Riders, notching up their eighth win in 11 matches. Meanwhile, Rajasthan Royals pushed further for a top two finish with a convincing win over Punjab Kings in the day game on Saturday. Here, we raise a few burning questions around the two matches.

How do you stop Liam Livingstone?

It screams of a consistent big hitter, one who can take games away quite easily from the opposition side. On Saturday, he once again played a high-impact knock, slamming 22 in 14 balls towards the end, but the highlight of it was how Rajasthan Royals bowled to him. Sticking to a wide outside off-stump angle with three deep fielders on the off side – the off side boundary also being longer helped – Livingstone was denied deliveries in his arc.

Prasidh should have targeted stumps the moment Livingstone exposed them & standed accross the crease near to off side wide line. pic.twitter.com/dRyQI3ILKJ

He countered it by batting on sixth stump, and Prasidh Krishna bowled it in his arc initially before going at the stumps to dismiss him. While Livingstone still made an impact last game, it’s a cue for teams on how to pull him out of his comfort zone.

Why is Jitesh Sharma arguably the best value add of the season?

Jitesh Sharma has been a phenomenal buy for Punjab Kings this IPL season. The uncapped Indian wicket-keeper batter has smashed 162 runs in seven innings, scoring at a strike-rate of 167.01. In the last five overs, where Indian finishers barring Dinesh Karthik have been found wanting, Jitesh Sharma has hit 62 runs off a mere 26 balls, scoring at a strike-rate of 238.46, the best after Rovman Powell this IPL with a basic filter.

Notably, he has also gone at a rate of 141.43 in the middle overs, lifting the team out of trouble multiple times. Bought for INR 20 lakhs in the IPL 2022 auction, Jitesh has been extraordinary for the Punjab Kings, warming up to his role quite well and replacing someone of the calibre of Odean Smith as the lower middle-order aggressor.

How unstoppable is Yuzvendra Chahal? Yuzvendra Chahal has taken 22 wickets so far in IPL 2022 and holds the Purple Cap. Image: Sportzpics

Yuzvendra Chahal completed his fourth season of 20 or more wickets in the IPL and this season he has a realistic chance of breaking the record for the most wickets taken by a spinner in an IPL season. The record, currently held by Imran Tahir for his 26 wickets in the 2019 edition, is within Chahal’s reach as he is on 22 wickets now with a bare minimum of three games for him (if he stays fit) until the end of the league phase which Rajasthan are expected to qualify from.

Chahal’s most impactful season has seen him becoming a force in the middle overs with 17 of his 22 wickets coming after the powerplay and before the 16th over. But importantly, he has also quietly been effective in the death overs where he has bowled eight overs for five wickets while conceding runs at an economy rate of 8.8, which is pretty good for that phase of the innings.

Lucknow Super Giants have one of the most complete bowling attacks in the season with multiple bowling options and clarity in thought on how to use them. Despite getting some stick early on, Lucknow have stuck by Dushmantha Chameera as their powerplay bowler and reaped the rewards. They clubbed him up with Avesh Khan and later Mohsin Khan, with the latter stepping up remarkably.

In the powerplay last night, Mohsin went for just one run in his two overs while picking up a wicket. In the IPL this season, no fast bowler has recorded a better economy rate than Mohsin, whose five matches have yielded nine wickets at a miserly rate of 5.35 runs per over.

If it’s Chameera and Mohsin in the powerplay with Avesh and Holder also ready to step in, it’s Avesh, Ravi Bishnoi, Krunal Pandya and Holder through the middle overs. But importantly, they haven’t pushed Krunal to bowl in every game or complete his quota just because he is an all-rounder. The same goes with Marcus Stoinis, who has also only bowled rarely.

Last night, Krunal did not bowl a single over – not for the first time – with the need simply not arising and Lucknow have been excellent in resisting this temptation. With Avesh, Holder and Chameera for the death overs, they have a sorted plan and brilliant clarity on when to use which bowler. It’s this thought process that’s seen them been the team with the best bowling average in this season (22.5 average), best economy rate (8.21 runs per over) and the best bowling strike-rate (a wicket every 16 balls on an average).

What do KKR do with their top order mess? Kolkata Knight Riders have struggled to find the right combination to open the batting. Image: Sportzpics

Kolkata Knight Riders messed up their auction plans so much so that they are now struggling to give Andre Russell a decent platform to go ahead and do what he does best. Russell has still been superlative for them, scoring at a rate of 183.78 in the season while averaging close to 40. What’s frustrating is that no other KKR batters to score 100 or more runs has a strike-rate of over 140.

The lack of intent from the openers coupled with Shreyas Iyer not scoring the big runs expected of him has hit KKR hard. On top of that, they have fiddled around with the batting order so much that a few players have rarely had consistent opportunities to do what they are capable of doing. Nitish Rana is a good case in point. While he has played a few good-looking knocks, he’s batted everywhere from No.3 to No.6. This is in sharp contrast to 2020 and 2021, when he had clarity on his role and consistently batted in the top four.

KKR’s squad makes their mess at the top order an unrepairable issue. Their best bet could be to bring back an x-factor player like Pat Cummins and give him the license to go hard at the top of the order. Doing the same with Narine may not work out given how teams have figured out how to bowl to Narine in the powerplay. On the other hand, they could also use Rana at No.3 with Iyer going down the order to aid Russell and Rinku Singh.

Denial of responsibility! NewsUpdate is an automatic aggregator around the global media. All the content are available free on Internet. We have just arranged it in one platform for educational purpose only. In each content, the hyperlink to the primary source is specified. All trademarks belong to their rightful owners, all materials to their authors. If you are the owner of the content and do not want us to publish your materials on our website, please contact us by email – [email protected]. The content will be deleted within 24 hours.
best sports newsFirstcricketFirstpostIPLKKRLiamLivingstonemess