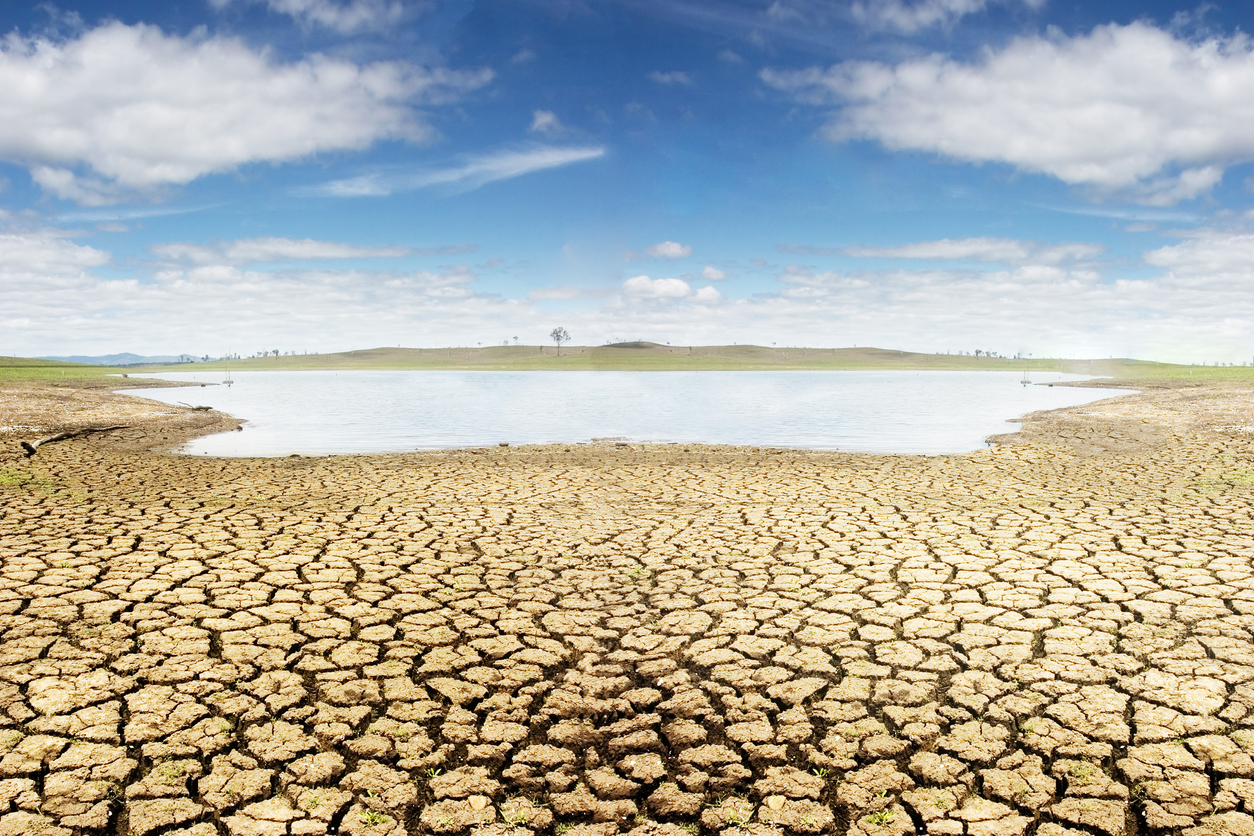 Hussam al-Aqouli remembers the exact spot along southern Iraq’s Lake Sawa where his two daughters once dipped their feet into clear waters. Now he stands there two years on and the barren earth cracks beneath him.

This year, for the first time in its centuries-long history, the lake dried up. A combination of mismanagement by local investors, government neglect and climate change has ground down its azure shores to chunks of salt.

Lake Sawa is only the latest casualty in this broad country-wide struggle with water shortages that experts say is induced by climate change, including record low rainfall and back-to-back drought.

The stress on water resources is driving up competition for the precious resource among businessmen, farmers and herders, with the poorest Iraqis counting among the worst hit amid the disaster.

“This lake was known as the pearl of the south,” said al-Aqouli, 35, a native of the nearby city of Samawa, looking out onto the dry cavernous emptiness.

“Now it is our tragedy.”

Between the capital Baghdad and the oil-rich heartland of Basra, Muthanna is among Iraq’s poorest provinces.

The number of those living under the poverty line in the province is almost three times the national average.

Desert expanses dominate the landscape with a narrow ribbon of farmland along the Euphrates River in the north.

Economic development was hindered by the country’s turbulent history, neglect by the Baath party regime since the 1980s, then later by wars and sanctions.

Formed over limestone rock and studded with gypsum formations, the lake has no inlet or outlet and the source of its waters had mystified experts for centuries, fuelling fantastical folklore and religious tales that locals recite as historical fact.

Al-Aqouli spent his childhood frequenting the lake with his family. He hoped he could do the same when he started a family, he said.

Instead he spends his days on social media writing long blog posts and urging Iraqis to take action. Often, he feels hopeless.

The lake rises 16 feet above sea level and is about 4.5 kilometers long and 1.8 kilometers wide.

It is said the lake miraculously formed on the day the Prophet Muhammad was born in 570 A.D.

Thousands of religious tourists visited the site annually to submerge themselves in its holy waters, which they believe are blessed by God.

The lake’s rich mineral deposits are also considered a cure by some for skin diseases prevalent in historically neglected Muthanna.

Locals say the drying up of the waters of Lake Sawa presages the return of the Imam al-Mahdi, a revered figure in Shiite Islam and a descendent of the prophet.

“It means the end of days is near,” said al-Aqouli, in jest.

For environmentalists, the doomsday predictions may not be far off.

Studies have shown the lake is fed by underground water sources through a system of cracks and fissures.

It can also receive rainwater from surrounding valleys and heavy rainfall in past years has caused flash floods.

“The degradation of the water began over 10 years ago, but this summer was the first time we lost the entire wetland,” said Laith Ali al-Obeidi, an environmental activist in southern Iraq.

Experts said the lake has not dried up for good but its disappearance this year is a concerning consequence of the thousands of illegal wells dug by businessmen in nearby cement factories and manufacturing zones, a result of drought and decreasing waters along the nearby Euphrates.

By early June, some water began to reappear because farmers, done with the harvest season, stopped diverting underground water.

Mounds of salt line the road to the river in Muthanna province and are overseen by enterprising locals who extract it by diverting groundwater and digging wells. The salt is used as a raw material in various industries in the area.

Mortadha Ali, 45, is involved in the salt business in Muthanna.

He blames years of government neglect in the province for the disappearance of Lake Sawa.

“They should provide people with jobs, so they aren’t obliged to dig wells to make a living,” he said.

Enforcing the closure of illegal wells and additional protective measures would have reversed Lake Sawa’s decline, said Aoun Diab, an adviser to the Water Resources Ministry. But these would have directly affected the economic interests of provincial officials.

This has disrupted a delicate and interdependent ecosystem sustained by the rare desert oasis.

Species of fish, unfit for human consumption, were food for various vulnerable migratory birds that sojourned along its banks.

With the fish gone, the birds too will have to reroute their seasonal passage or perish, said al-Obeidi.

And the future is poised to bring more hardship, with alarming predictions of more water stress.

The Water Resources Ministry has said water levels decreased by 60% compared to last year in 2022.

Lake Sawa is “a case study for climate change in Iraq,” al-Obeidi said. “This is the future.” But the lake is also a ghost of its former illustrious past.

The only body of water near to the city of Samawah, the area boasted thousands of tourists a year.

Their waste — water bottles, soda cans and abandoned flip flops — remain along the dried up shores as an ode to what the impoverished area has lost.

Most were looted after the Gulf War in the 1990s and then after the 2003 U.S.-led invasion that ousted dictator Saddam Hussein.

In 2014, Lake Sawa was named a Ramsar site, an international designation for important wetlands, gaining recognition as a rare area in need of protection. A large billboard marking the occasion overlooks the site.

Local authorities hoped this would boost tourism and government resources to resume development of the area.

Plans were drafted to pave roads and walkways around the lake, as well as electricity lines and water projects.

Ultimately, these failed to transpire.

The hot air was heavy as al-Aqouli took one last look of the lake before leaving.

Denial of responsibility! NewsUpdate is an automatic aggregator around the global media. All the content are available free on Internet. We have just arranged it in one platform for educational purpose only. In each content, the hyperlink to the primary source is specified. All trademarks belong to their rightful owners, all materials to their authors. If you are the owner of the content and do not want us to publish your materials on our website, please contact us by email – [email protected]. The content will be deleted within 24 hours.
best technology newscrisisdryIraqsLakenews update technewsupdatePearl

ATP Rankings: Big Three’s 19-year streak ends as Djokovic drops to No.3 ahead of Wimbledon; Medvedev takes back throne