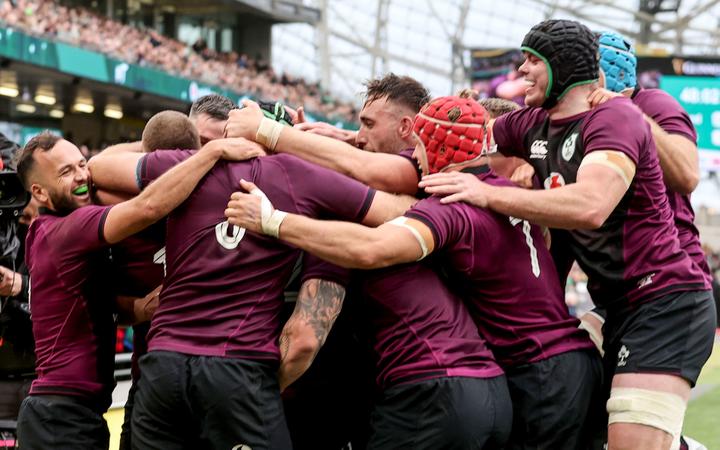 The Ireland team to play the All Blacks remains unchanged after tests revealed an earlier “potential case” to be a false positive.

Ireland celebrate scoring a try in the win over Japan.
Photo: Â© INPHO 2021

On Friday night the IRFU revealed that the whole squad had undergone PCR testing after one player returned a positive result.

The player was immediately isolated, as was an identified close contact.

However two tests at separate labs have returned negative results for the player in question.

Back-up players had been put on standby, with defence coach Simon Easterby saying Ireland were ready to tweak the matchday squad and draft in players if required should the additional testing confirm the positive case.

However the welcome news of a false positive saw the player and their close contact cleared by public health officials to take their place in the matchday squad.

Ireland clinched a first victory over the All Blacks when they won in Chicago in 2016 and repeated that feat in Dublin two years later but the last meeting between the countries was at the 2019 World Cup quarter-finals when the All Blacks claimed a 46-14 victory in Japan.

Ireland had a captain’s run at the Aviva Stadium, with Easterby confirming there was no danger of the fixture being called off due to the potential cases.

“If it wasn’t challenging enough, it gets more challenging when you’re dealt with things outside of your control,” he said.

“I guess that’s part of the challenge. The game certainly won’t run our way and it won’t run smoothly all the time.

“Our ability to adapt and make sure that we still get onto the front foot – we did that today [in the captain’s run].”

The Irish claimed an impressive 60-5 victory over Japan last weekend.

Denial of responsibility! NewsUpdate is an automatic aggregator around the global media. All the content are available free on Internet. We have just arranged it in one platform for educational purpose only. In each content, the hyperlink to the primary source is specified. All trademarks belong to their rightful owners, all materials to their authors. If you are the owner of the content and do not want us to publish your materials on our website, please contact us by email – [email protected]. The content will be deleted within 24 hours.
aheadAudiobest sports newsBlacksCOVIDCurrent AffairsfalseIreland

Mark Ingram’s Fantasy Outlook vs. Titans After Alvin Kamara Ruled out with Injury