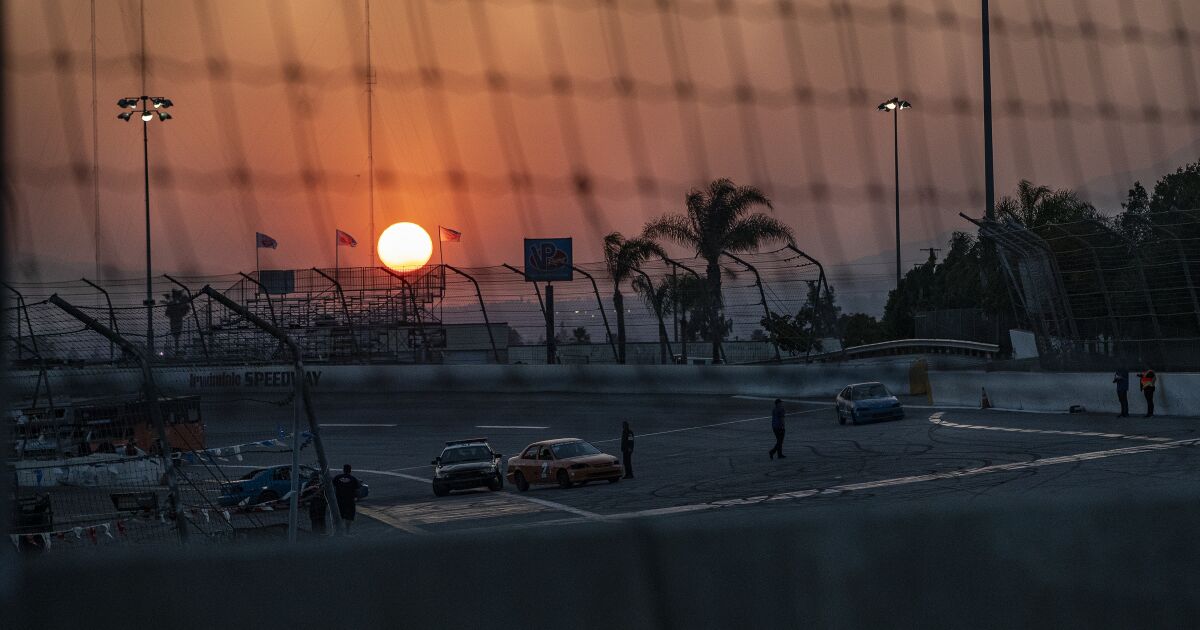 The recent sale of the Irwindale Speedway could pave the way for the racetrack’s demolition and re-creation as a massive industrial space.

In April, the city of Irwindale proposed knocking down the racetrack, which has been operating since 1999, and building 63 acres of industrial and commercial facilities in order to boost employment opportunities. The city said it had been approached with the plan by an unnamed applicant.

Months after the city put out its proposal, the racetrack was purchased by the IDS Real Estate Group, according to a Sept. 22 press release.

The city said that IDS plans to move forward with the plan to demolish and rebuild.

But the current leaseholder said no changes are on the horizon.

“There is no imminent threat,” said Tim Huddleston, president of the Irwindale Speedway. “It’s business as usual. Everything normal for foreseeable future.”

Huddleston said that nothing would change, despite the new ownership of the space and the city’s plan to demolish the speedway.

He plans to continue operations of the speedway “for years to come.” Huddleston said he has a “multiyear contract” for the racetrack, but declined to say when his lease was up.

For more than 20 years, the Irwindale Speedway has hosted car races — as well as spectacular and fiery car stunts — in the city east of Los Angeles. Located near the 605 and 210 freeways, the speedway features a one-eighth-mile drag racing strip as well as drift racing and a stock car driving school.

It is not the first time the speedway has faced existential threats from the city. In 2017, the Irwindale City Council approved plans to demolish the racetrack to build a 700,000-square-foot outlet mall.

But that plan was put on hold just months before a proposed demolition date and the track continued to operate.

The city’s current plan still has to go through environmental impact reviews.

Marilyn Simpson, Irwindale’s community development director, found the project “may have a significant effect on the environment,” which means the city will have to develop an environmental impact report before demolition could occur.

The city anticipates that the report will address the “potentially significant impact” the demolition and development of the industrial space would have on the area’s air quality.

Neither the city of Irwindale nor IDS Real Estate immediately responded to requests for comment.

On top of environmental issues, racers have long argued that closing the track would prompt some car enthusiasts to turn to illegal street racing.

Nearly 8,000 people signed a petition opposing the track’s demolition in 2015, when it was first slated to be turned into a mall.

“Many younger automotive enthusiasts who’d be prone to rash behavior (such as illegal street racing) have found a great outlet to express themselves and enjoy their passion in a safe setting,” wrote Steve Judah in the petition.

The same sentiment prevailed this year when fans heard about the city’s renewed plans to replace the track.

“With all the news of street takeovers, the real effect of the rumor would be detrimental to all of our communities. Irwindale Speedway is where drivers come to burn their adrenaline while the spectators adrenaline flows. Better at the speedway than out on the public streets,” commented Eugene Berwager on a Facebook post by Irwindale Speedway.

Denial of responsibility! NewsUpdate is an automatic aggregator around the global media. All the content are available free on Internet. We have just arranged it in one platform for educational purpose only. In each content, the hyperlink to the primary source is specified. All trademarks belong to their rightful owners, all materials to their authors. If you are the owner of the content and do not want us to publish your materials on our website, please contact us by email – [email protected]. The content will be deleted within 24 hours.
best sports newsCitydemolitionindustrialIrwindalenews update sportsnewsupdateowner