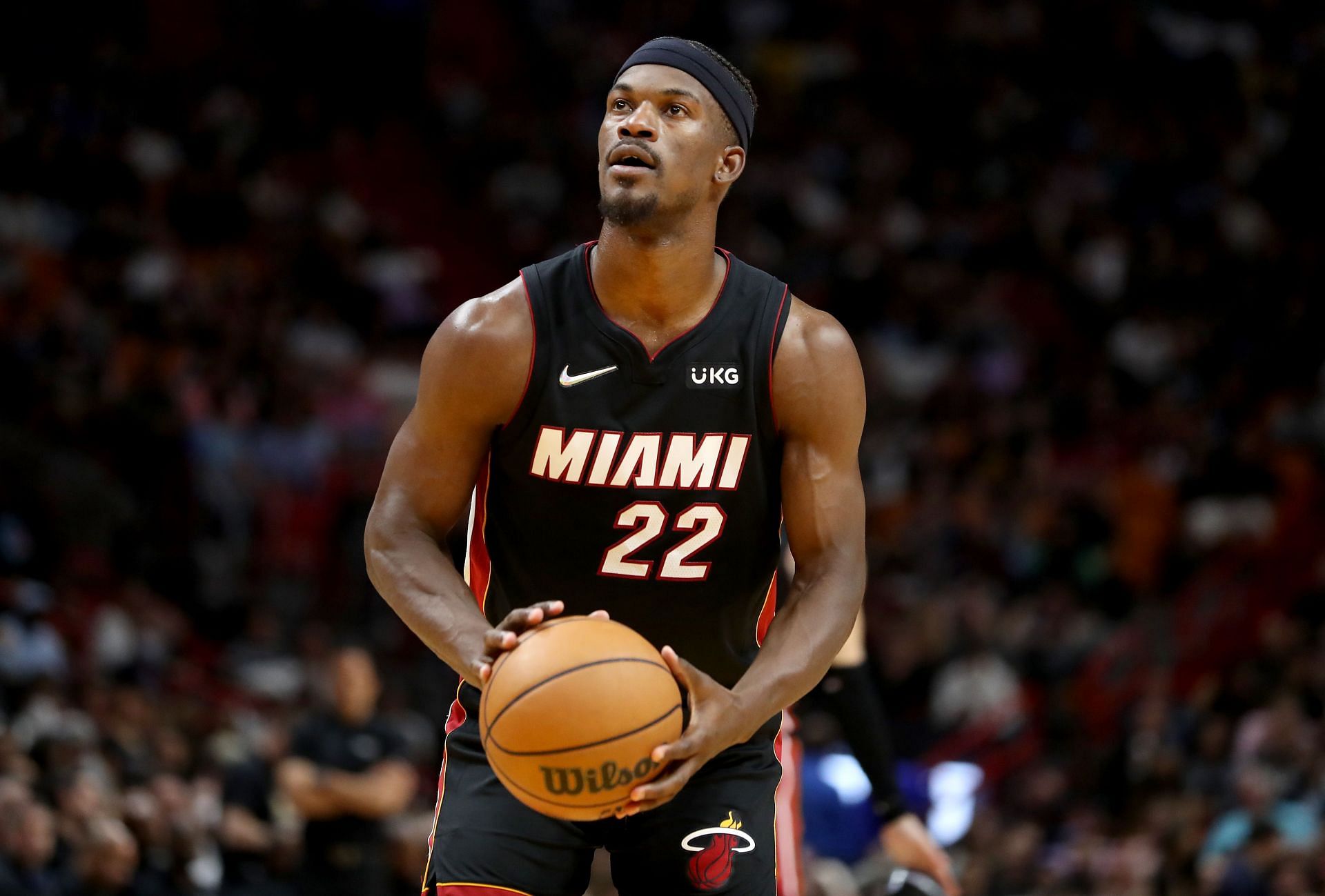 The topmost seed in both conferences will face off in this clash as Jimmy Butler and the Miami Heat host the reigning NBA finalists Phoenix Suns at the FTX Arena in Florida.

The two teams are facing off for the second and final time this season with the Heat emerging victorious in their first encounter in Arizona. Tyler Herro and Duncan Robinson exploded for a combined 60 points off the bench as they defeated the red-hot Suns 123-100.

However, it looks like the Suns aren’t going to win this matchup as well as their two best players – Devin Booker and Chris Paul – are sidelined. The two teams are quite evenly matched on paper and will need all the help they can get for this game. They are two of the few teams in the NBA that are in the top 10 in both offensive and defensive ratings.

The Miami Heat’s offense and defense are anchored by Butler, who is their ‘Swiss Army Knife’ in terms of versatility. They have a good chance of beating any team in the NBA but Butler is a key piece for that. Given the Heat is the first seed in the East, many fans and analysts have demanded that Butler should re-enter the MVP conversation.

Chris Paul & @JimmyButler have their lead teams to the #1 seed in their respective conferences—showcasing better MVP credentials than the biggest US sportsbooks would have bettors believe.But can @CP3 or Jimmy Buckets actually win the award?📰⤵️boardroom.tv/jimmy-butler-c…

Hence, the Miami faithful are interested in knowing the status of their talisman.

What is Jimmy Butler’s status for tonight’s game against the Phoenix Suns?

Jimmy Butler wasn’t originally on the Miami Heat injury report but was added later. According to Ira Winderman of the South Florida Sun Sentinel, he is now listed as questionable for the matchup due to illness and sinus congestion.

Jimmy Butler now is listed as questionable for tonight against the Suns due to sinus congestion.

Jimmy Butler now is listed as questionable for tonight against the Suns due to sinus congestion.

Butler joins Caleb Martin and Markieff Morris on the injury report. Martin is also questionable due to soreness in his right Achilles and Morris is still undergoing reconditioning after a neck whiplash incident with the reigning MVP, Nikola Jokic.

When will Jimmy Butler return?

Jimmy Butler might lace up for this game as it is against the other top seeds in the NBA. He loves grueling dogfights and won’t back down from the competition. He has missed 20 games this season, in random intervals.

However, if he doesn’t play for this matchup then he is expected to be fit to play their next game against Cleveland on March 11th.

Q. Will the Miami Heat make the NBA Finals again?

Denial of responsibility! NewsUpdate is an automatic aggregator around the global media. All the content are available free on Internet. We have just arranged it in one platform for educational purpose only. In each content, the hyperlink to the primary source is specified. All trademarks belong to their rightful owners, all materials to their authors. If you are the owner of the content and do not want us to publish your materials on our website, please contact us by email – abuse@newsupdate.uk. The content will be deleted within 24 hours.
Basketballbest sports newsButlerJimmyJimmy ButlerJimmy Butler Net Worth (Updated 2022)miami heatNBA