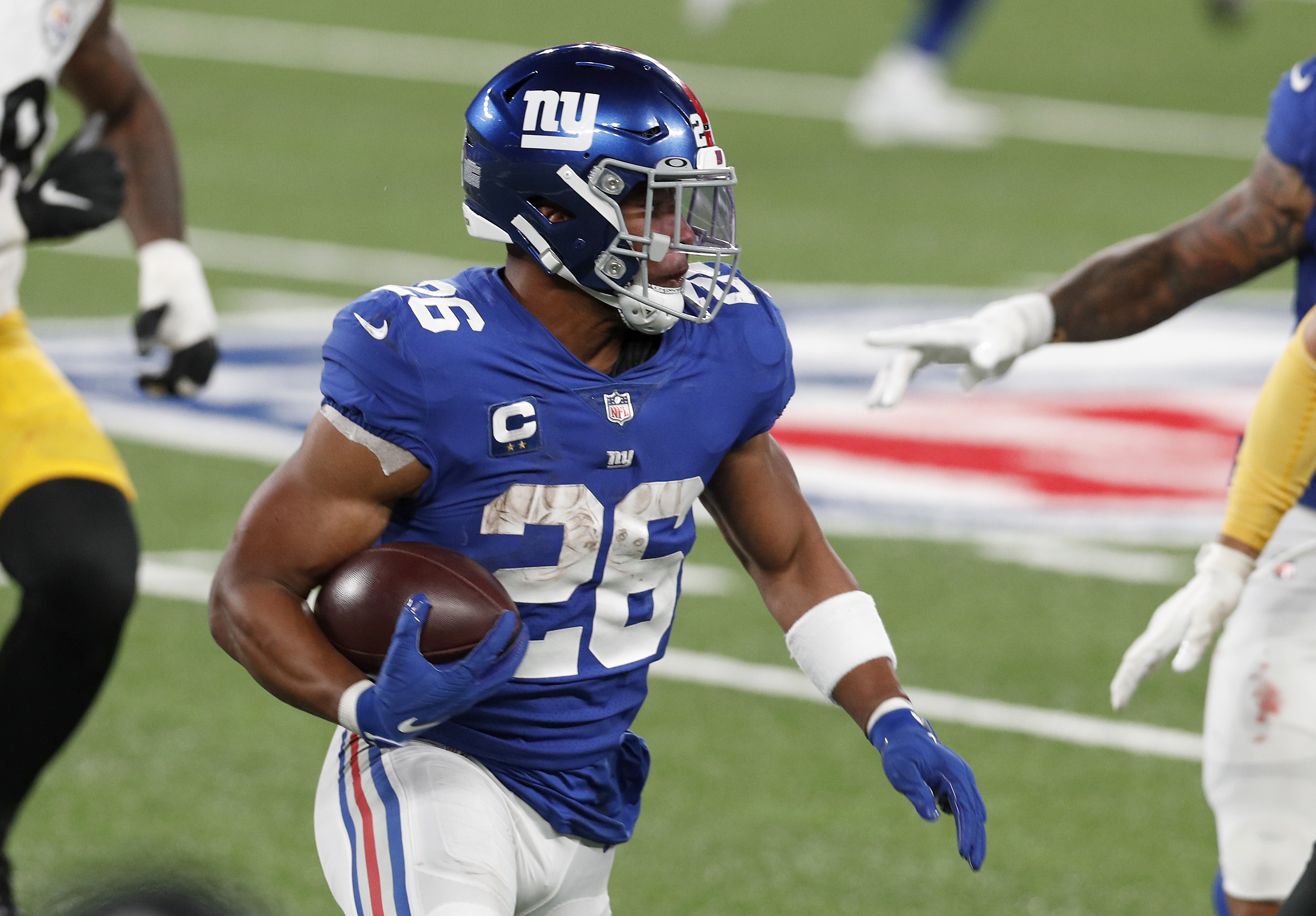 Saquon Barkley (knee) has been on the injury report seemingly every week since his rookie season concluded, and he remains there heading into a Week 2 matchup at Washington on Thursday Night Football. He played in the Giants opener but was ineffective with 11 total touches for 27 yards. You’d think he’d surely be playing if he played last week, but on a short week this early in the season, you never know. Fantasy football owners will undoubtedly be checking for the latest injury updates right up until kickoff as they try to decide on their first start ’em, sit ’em decision of the week.

We’ll continue to update this post with news on Barkley up until the active/inactive report comes out on Thursday around 6:50 p.m. ET. For all the latest fantasy updates, follow us on Twitter @SN_Fantasy.

Barkley is officially listed as “questionable” for Thursday night’s game at Washington, but the belief is he will take the field in some capacity. Joe Judge has expressed belief in Barkley’s availability throughout the week.

The bigger concern for fantasy owners is how he will be used. Will it be more of the same with a relatively limited workload (11 touches) and extreme inefficiency, or will he finally return to looking like the Barkley we all know and love from his rookie season? The sad part is, we really won’t know, regardless of what any coach or media member says before the game. Remember last week when Sunday morning reports indicated D’Andre Swift was going to have a limited role for the Lions? Well, he finished as a top-seven fantasy running back regardless of format.

However, Barkley is returning from a much more serious injury (torn ACL) and faces one of the league’s best front-sevens — on short rest, no less. It will be a tough situation if we don’t get any more information before game time, but the best choice is probably to start him if he’s active. After all, you used a first- or second-round pick on him, so your RB depth might not be particularly strong. If you have a loaded RB group or high-end WR to replace him at flex, that’s an option, too. Keep your options open until game time.

If Barkley is inactive, Devontae Booker would see the bulk of the RB touches for the Giants and will have at least flex value in your lineup because of volume. If Barkley plays, he’ll likely still see the majority of the touches (11-5 split last week with Booker).

Reminder: If you do decide to start Barkley or Booker, make sure they’re in the RB spot rather than the flex spot in your lineup. This will allow you to be more flexible later in the week if unforeseen injuries/Covid-19 complications happen.

Denial of responsibility! NewsUpdate is an automatic aggregator around the global media. All the content are available free on Internet. We have just arranged it in one platform for educational purpose only. In each content, the hyperlink to the primary source is specified. All trademarks belong to their rightful owners, all materials to their authors. If you are the owner of the content and do not want us to publish your materials on our website, please contact us by email – [email protected]. The content will be deleted within 24 hours.
Loading...
Loading...
Barkleybest sports newsfantasyGiantsWashingtoninjurynews update sportsnewsupdateNight