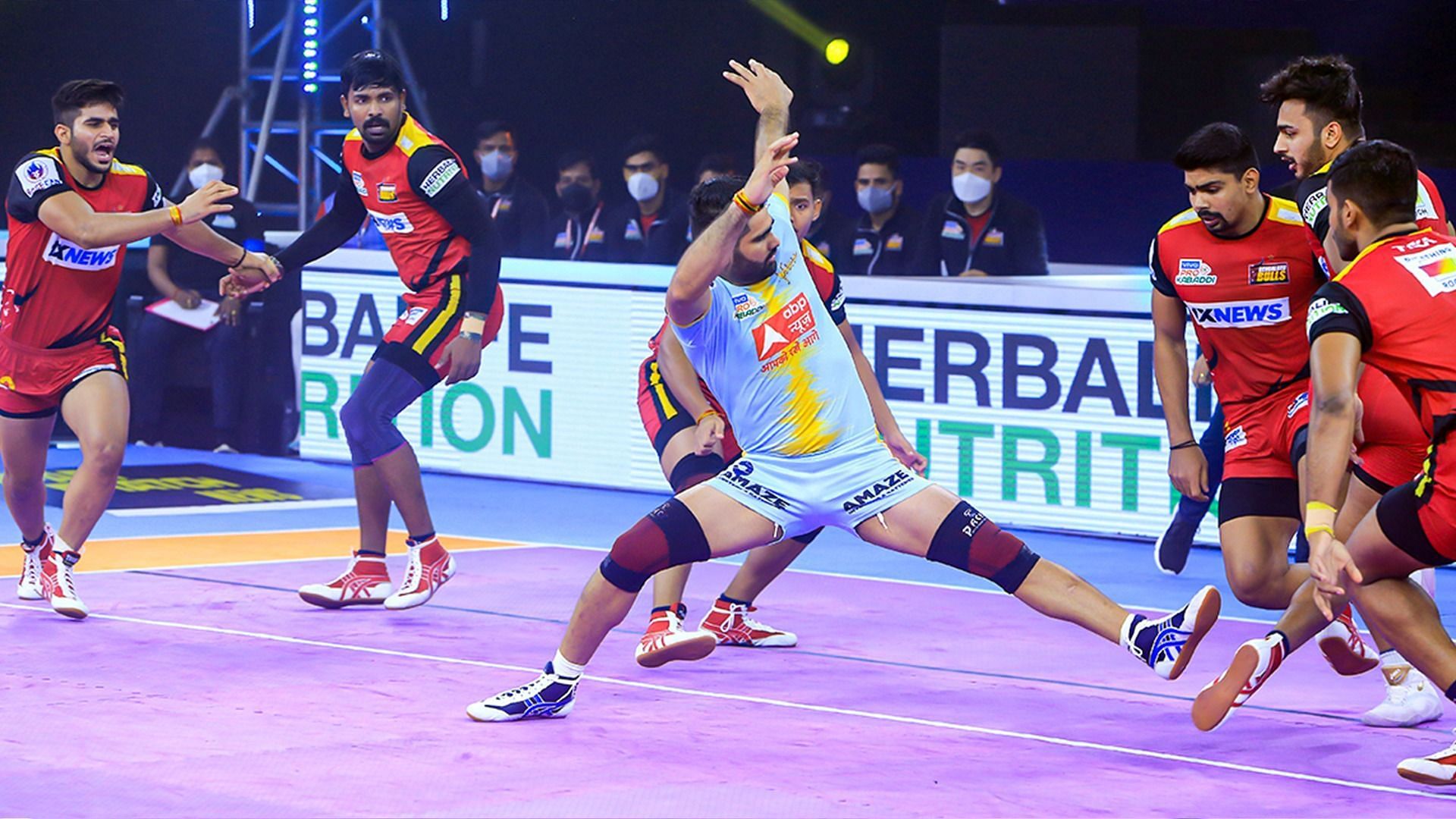 UP Yoddha returned to winning ways with a magnificent 15-point victory over season six champions Bengaluru Bulls in their previous match. Interestingly, UP Yoddha substituted Pardeep Narwal in the match’s 15th minute and did not send him back to the mat.

Since UP Yoddha recorded a 42-27 win against an in-form Bengaluru Bulls despite Pardeep Narwal’s failure to open his account, coach Jasveer Singh was asked during the press conference if he felt the team did not need him.

“Our right and left raiders were playing well. Shrikant Jadhav was doing well and from the other side, Gill was scoring points. So we delayed Pardeep Narwal’s return. It is not like we don’t need him,” Jasveer Singh said.

Pardeep Narwal was in the starting seven, but he raided only twice in the first 15 minutes. The Record Breaker got tackled on both occasions before Gurdeep replaced him on the mat.

He will give good performances for us: UP Yoddha coach optimistic about Pardeep Narwal’s return to form

In the 18th minute, UP Yoddha substituted Gurdeep with Mohammad Taghi, and the Iranian played the remaining part of the match in Pardeep Narwal’s place. Taghi scored three touch points and two tackle points for the team.

“He is a star player. He will give good performances for us. We held Pardeep Narwal back a little bit because even the Iranian player (Mohammad Taghi) was performing well,” Jasveer Singh concluded.

Although Pardeep Narwal has not been in top form, he currently holds the eighth spot on the raiders’ leaderboard with 53 raid points.

It should not be a surprise if he comes out all guns blazing against the Haryana Steelers in their next match on Wednesday evening.

Denial of responsibility! NewsUpdate is an automatic aggregator around the global media. All the content are available free on Internet. We have just arranged it in one platform for educational purpose only. In each content, the hyperlink to the primary source is specified. All trademarks belong to their rightful owners, all materials to their authors. If you are the owner of the content and do not want us to publish your materials on our website, please contact us by email – [email protected]. The content will be deleted within 24 hours.
BengaluruBengaluru Bullsbest sports newsBullsCoachdontKabaddiminutes

Fantasy Basketball: What to expect from Klay Thompson and how his return impacts other Warriors players