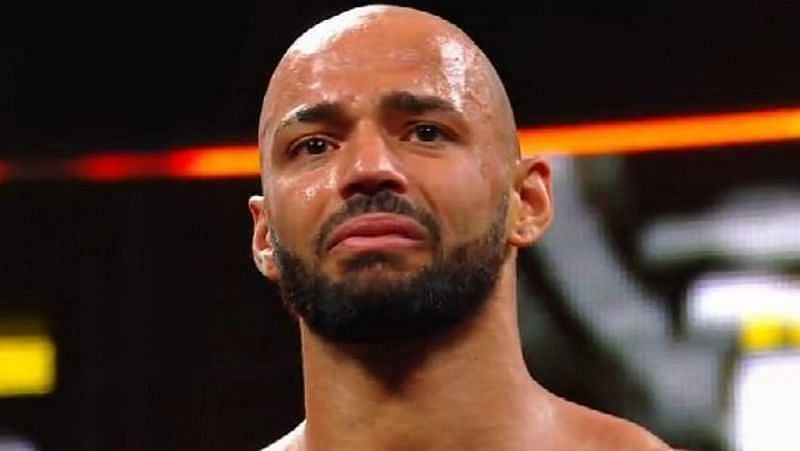 Ricochet used to admire D-Generation X during his childhood. The high-flying WWE Superstar eventually got to work with both Triple H and Shawn Michaels behind the scenes in NXT but unfortunately, due to his elbow injury, Ricochet had missed out on the opportunity to work with both of them on air.

Ricochet recently spoke with the With Authority! Podcast and shared his experience of being a part of Michaels’ special class during his NXT days. He also talked about the time when he was going to be a part of a DX segment on RAW, but couldn’t do so due to the aforementioned untimely injury.

The former NXT North American Champion had to be pulled out of the segment on the same day of the event, due to his serious medical concerns.

“One time I had a bursa sac [when] my elbow had busted and it was pretty swollen. Well then, I guess that got infected so they had to cut it open to get the infection out. It was the day of RAW and I was supposed to do something with D-Generation X, and I was supposed to do the cross chops and say ‘we’ve got two words for you.’ It was going to be a childhood dream. And they were like, ‘no, you can’t go out,’” said Ricochet. (H/T: SEScoops)

Ricochet opted not to speak ill of the WWE medical team

While Ricochet did miss his opportunity to be on air with two of his role models, he didn’t point out the faults of the medical staff and rather said it was for his good.

“It was for my own good because obviously, I could’ve gotten more infected or could’ve infected someone else. I was just like ‘no, no no!’ I was so defeated, but the WWE medical staff is A+. Everybody is there for you,” Ricochet added.

The former WWE United States Champion signed with the company back in January 2018. He also won the NXT North American Championship before moving to the main roster in February 2019.

Denial of responsibility! NewsUpdate is an automatic aggregator around the global media. All the content are available free on Internet. We have just arranged it in one platform for educational purpose only. In each content, the hyperlink to the primary source is specified. All trademarks belong to their rightful owners, all materials to their authors. If you are the owner of the content and do not want us to publish your materials on our website, please contact us by email – [email protected]. The content will be deleted within 24 hours.
best sports newschildhoodDreamLegendarymissingNewsnews update sportsnewsupdate

Buying a Sailboat: How do you know this is the right one?

Here’s why your new MacBook Pro shipment might have…

You can move any app on Android to the external microSD…