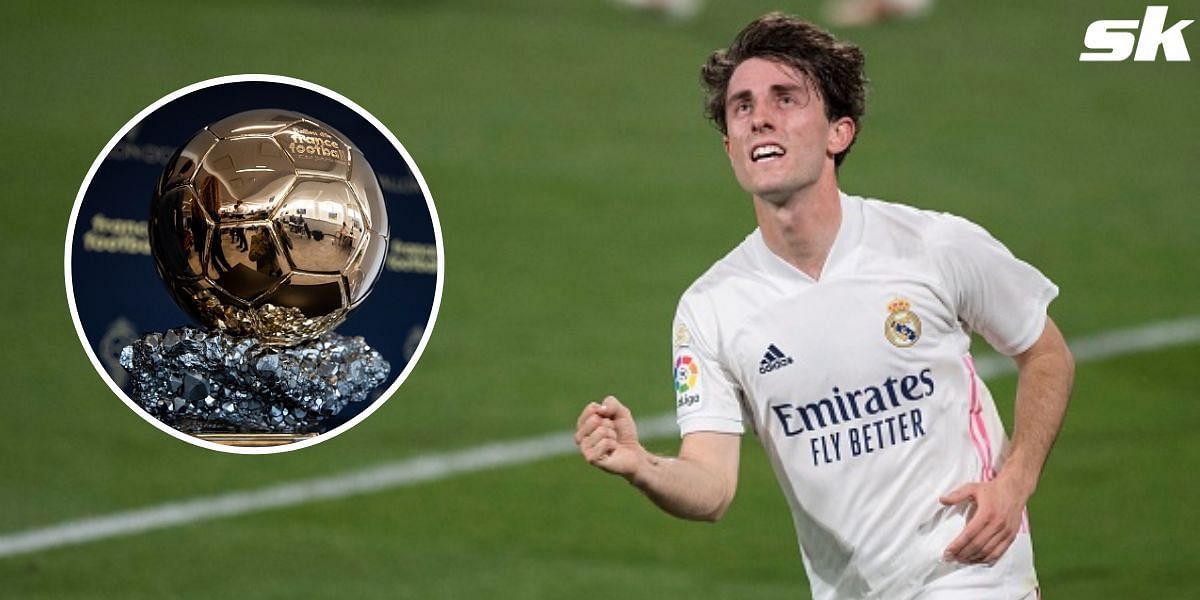 Real Madrid striker Karim Benzema has emerged among the favorites to win the Ballon d’Or award this year. It comes following his brilliant performances for club and country. The Frenchman has been tipped to claim the accolade by his Los Blancos teammate Alvaro Odriozola.

According to the Spaniard it would be a triumph for football if Karim Benzema ends up winning the prestigious prize.

🎙| Alvaro Odriozola: “Benzema winning the Ballon D’Or would be a triumph for football.” @diarioas

🎙| Alvaro Odriozola: “Benzema winning the Ballon D’Or would be a triumph for football.” @diarioas https://t.co/4Dcx6oN75z

“Benzema winning the Ballon d’Or would be a triumph for football,” Odriozola said via Diaro AS.

The Spaniard isn’t the only Real Madrid figure to back the Frenchman in his Ballon d’Or quest. Former Los Blancos manager Zinedine Zidane recently threw his support behind the striker in the race for the accolade.

“Karim is in fine form. I would give him the Ballon d’Or. He deserves it,” Zidane was quoted as saying last month. “Benzema deserves it. He is an incredible player and I had the great honor of coaching him. He knows how to do everything on the field. He is above [everyone] and I hope he can be rewarded with this Ballon d’Or,” he added.

“The way he’s playing, I think he has to be on the list of players who can win it [the Ballon d’Or]. Karim has time to win it. This isn’t his last season. He’s like a fine wine; he gets better with time,” the tactician remarked.

What Karim Benzema has done over the last couple of months is truly remarkable. The striker was a huge force to be reckoned with last season, bagging 30 goals and nine assists for Real Madrid in 46 appearances across all competitions. He’s off to a brilliant start with Los Blancos this season, with 14 goals and eight assists to his name in 15 games already.

Benzema also had a splendid outing with France. He bagged four goals for Les Bleus at the Euros before returning and scoring twice to inspire the team to claim the UEFA nations League last month. Considering his incredible exploits, he definitely deserves a shot at the Ballon d’Or 2021.

Denial of responsibility! NewsUpdate is an automatic aggregator around the global media. All the content are available free on Internet. We have just arranged it in one platform for educational purpose only. In each content, the hyperlink to the primary source is specified. All trademarks belong to their rightful owners, all materials to their authors. If you are the owner of the content and do not want us to publish your materials on our website, please contact us by email – [email protected]. The content will be deleted within 24 hours.
AlvaroBallonBallon d'Or 2021best sports newsdOrFootballFranceKarim Benzema