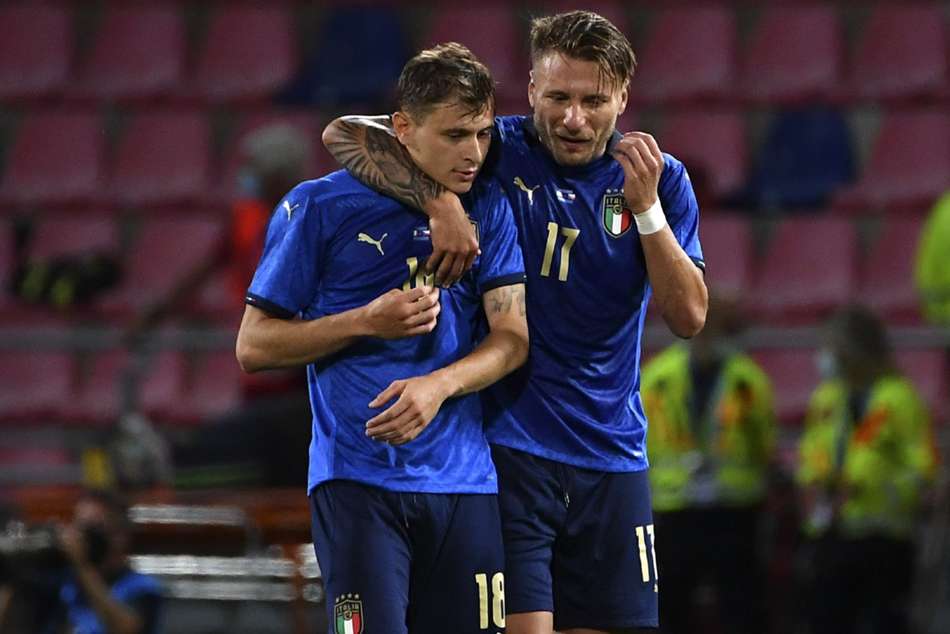 Italy 4-0 Czech Republic: Azzurri sign off in style ahead of Euro 2020

Ciro Immobile and Nicolo Barella grabbed first-half goals in the friendly fixture at the Renato Dall’Ara Stadium in Bologna, though both benefited from seeing their attempts take crucial deflections to beat Jiri Pavlenka.

Lorenzo Insigne required no help to add a third in the 66th minute and then set up Domenico Berardi for the final goal as the Czechs were easily bounced, producing a worrying performance ahead of their involvement in the European Championship.

In contrast, the Azzurri head into the delayed tournament having not been beaten since a 1-0 reverse against Portugal in a Nations League fixture back in September 2018.

Not long after an injury scare for Leonardo Bonucci that saw the Juventus centre-back require treatment on his right knee, Immobile opened the scoring when his close-range shot clipped Ondrej Celustka to wrong-foot goalkeeper Pavlenka.

If that goal was somewhat unfortunate for the Czech Republic, the second they conceded was just plain bizarre.

Barella was allowed to carry the ball when in possession before taking aim from just outside the penalty area, his effort hitting not one but two defenders before ending up in the net.

Jan Boril’s bid to make a block on the Inter midfielder only sent the ball onto compatriot Jakub Brabec, who – with his back turned – ended up sending the ball looping up and over the luckless Pavlenka.

Immobile’s clever throughball allowed Insigne to curl a right-footed attempt into the net, while the scorer of Italy’s third turned provider to set up Berardi for a cheeky finish, with an initial dummy fooling Pavlenka to allow the Sassuolo player to flick in with his left foot.

Roberto Mancini handed Berardi’s club colleague Giacomo Raspadori a debut off the bench, but the forward – a surprise selection in the final 26-man squad announced on Monday – could not mark the memorable occasion by adding his name to the list of scorers.

Loading...
Denial of responsibility! NewsUpdate is an automatic aggregator around the global media. All the content are available free on Internet. We have just arranged it in one platform for educational purpose only. In each content, the hyperlink to the primary source is specified. All trademarks belong to their rightful owners, all materials to their authors. If you are the owner of the content and do not want us to publish your materials on our website, please contact us by email – [email protected]. The content will be deleted within 24 hours.
Loading...
aheadAzzurribest sports newsCzechEuroItalynews update sportsnewsupdate

It is sad that Saina Nehwal couldn’t qualify for Tokyo Olympics this year: Vimal Kumar

In an about-face, Lordstown Motors says it has enough money…