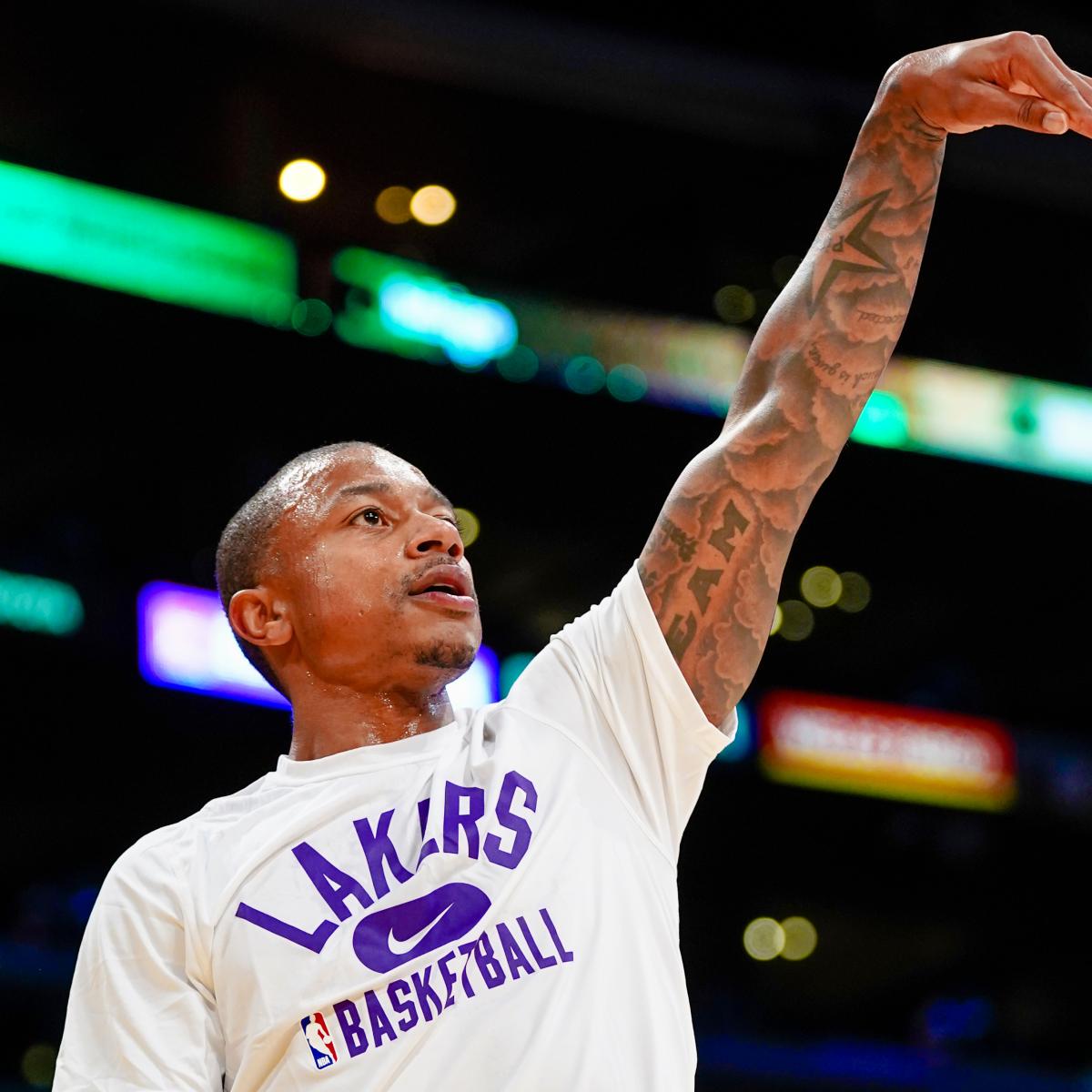 LAS VEGAS — At the start of this week’s NBA G League Showcase, executives speculated the event could be short-lived given the global uptick in COVID-19 cases brought on by the omicron variant. Ironically, the annual gathering couldn’t have been better timed.

Players like Luke Kornet, Justin Anderson and Freddie Gillespie descended upon the showcase, joined their teams at the Mandalay Bay and then departed for their 10-day call-ups before even appearing in a game. Several left the Showcase only hours after finishing a contest.

“I was joking I wanted to just walk onto the court and take a guy out of a huddle to call him up,” one assistant general manager told B/R.

The NBA’s latest COVID crisis has produced one of the more dizzying stretches of transactions the league has ever seen. Multiple teams have been unable to suit the NBA’s requirement of eight active players without having signed additional replacements via hardship exceptions.

Team executives and league officials only expect more signings with the COVID hardship exemption in the coming weeks. After the likes of Isaiah Thomas and Lance Stephenson springboarded back into the NBA following strong stints with the Grand Rapids Gold, there have been G League contracts extended to other veterans such as Thon Maker, Marcus Thornton and Jordan Crawford, sources said.

This week in Vegas has mirrored a fantasy football waiver wire, with teams racing to find players with past NBA experience capable of playing significant short-term roles.

“These aren’t typical 10-days; teams need guys to come in and play 20 minutes per night,” said another player representative.

Teams across the NBA keep updated rankings of the premier players not under contract with an NBA club that are most eligible for a call-up. Some general managers have whiteboards to track all potential free agents—G League or otherwise—in their offices.

“These teams are pretty good at keeping lists of the best available players,” a third agent told B/R. “They see who’s vaccinated, who’s working out, who’s in shape, and who’s testing negative, and the list keeps getting whittled down from there.”

A handful of these exemption spots have gone to players that teams have tracked in the past. The Boston Celtics brought veteran swingman C.J. Miles in for an offseason workout this past summer before bringing him into the fold this week.

Similarly, the Toronto Raptors showed interest in Juwan Morgan this summer before bringing in the former Utah Jazz forward on a hardship exemption.

Some teams have looked to their own G League squad for reinforcements, adding players that practiced and trained within a similar system. The Washington Wizards have called up Jordan Schakel from their Capital City Go-Go affiliate for a 10-day.

The New Orleans Pelicans signed Jared Harper from their affiliate Birmingham Squadron to a two-way deal. That type of call-up also prevents any other team from swiping Harper from their organization this season.

There have been over 40 players and counting called up from the G League, rapidly approaching the previous record of 50 players in a single season back in 2017-18. And that’s not including signings of veteran free agents such as Ersan Ilyasova and Miles.

The flurry of activity followed an agreement between the NBA and NBPA on Sunday night to amend rules for the league’s health and safety protocols. Teams are currently allowed to sign one player for every positive COVID-19 case on their roster, at least until Jan. 19.

Langston Galloway, for example, was doing three-a-day training sessions in Baton Rouge the week before signing with the G League’s College Park Skyhawks ahead of the Showcase. On Sunday, Dec. 12, Galloway flew to join the Skyhawks, practiced with the team on Monday, played in their game Tuesday and then received a call to join the Brooklyn Nets later that same evening. By Thursday, he was playing nine minutes in Brooklyn’s win over Philadelphia.

The scrambling has disrupted the NBA’s business calendar. The trade talk that typically echoes around the Showcase has been virtually silenced.

Even before positive COVID cases rampaged the league, the muck of teams treading water in the NBA’s middle class has made it difficult for executives to parse which teams will be buyers and sellers ahead of the February 10 trade deadline. “There have been so many injuries, so many players in health and safety protocols, and there are so many teams that are holding out hope they can make a run to that next goal, whether it be making the Play-In, making the playoffs, or competing for a championship,” another high-ranking Western Conference executive told B/R. “I don’t expect there to be any trade action anytime soon.”

Of course there are teams with obvious areas to improve. The Utah Jazz have been searching for greater depth on the wing dating back to the draft. After Kemba Walker’s early season struggles, the New York Knicks are still without a bona fide starting point guard. The Minnesota Timberwolves might be a power forward away from leap-frogging out of the Play-In conversation. But finding a trade partner that’s equally ready to make a specific roster adjustment, amid this surge of COVID cases, seems unlikely in the coming few weeks.

Take the Wizards, currently 16-15 after a scorching 10-3 start. How can Washington’s front office responsibly decide which trade scenarios to entertain in its roster construction around Bradley Beal with Kentavious Caldwell-Pope testing positive for COVID-19 on Monday after the team had lost Kyle Kuzma for a stretch due to health and safety protocols?

For now, until this wave of cases subsides, the NBA’s new normal has dramatically shifted the league’s transaction window.

Denial of responsibility! NewsUpdate is an automatic aggregator around the global media. All the content are available free on Internet. We have just arranged it in one platform for educational purpose only. In each content, the hyperlink to the primary source is specified. All trademarks belong to their rightful owners, all materials to their authors. If you are the owner of the content and do not want us to publish your materials on our website, please contact us by email – [email protected]. The content will be deleted within 24 hours.
Actbest sports newsbossesbringschallengecircusNBAnews update sports

Premium Neckband-Style Wireless Earphone Deals for You to Consider

Antibodies Are Being Created to Fight Disease in New Ways