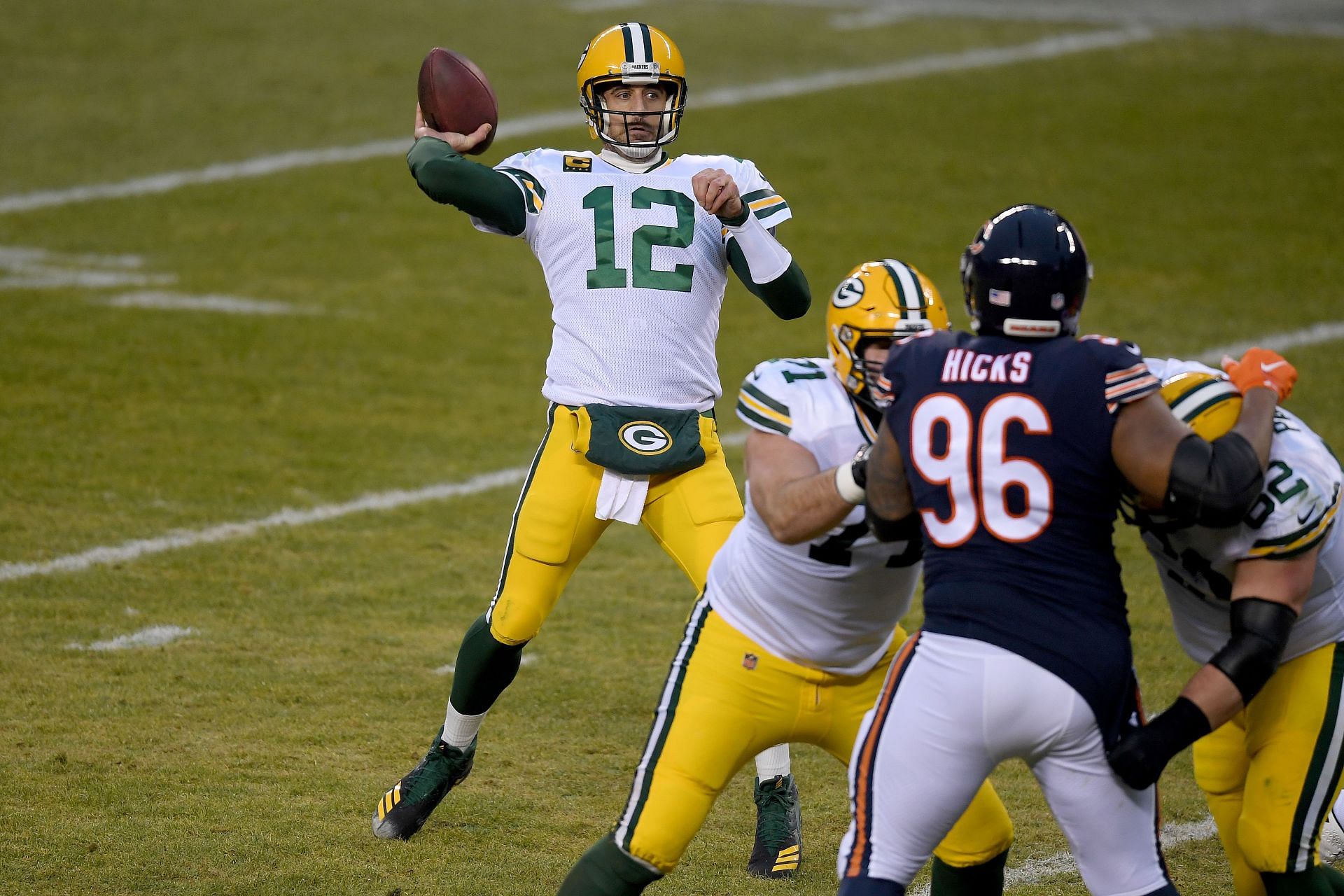 Green Bay Packers quarterback Aaron Rodgers appreciates the city of Chicago, and he loves playing at Soldier Field. Still, he cannot envision ever playing on the other side of the NFL’s oldest rivalry.

Asked Wednesday if he could eventually see himself under center for the Chicago Bears, Rodgers answered clearly and honestly.

Rodgers said while shaking his head with a smile on his face.

“Could you see yourself every playing there [Chicago] when your time comes playing here?” Aaron Rodgers:

“Could you see yourself every playing there [Chicago] when your time comes playing here?” Aaron Rodgers: https://t.co/IGJKAX6o0x

The Packers and Bears will renew their rivalry Sunday in Chicago. Rodgers will start his 27th career game against the Bears, and the Packers are 21-5 in the previous 26 games, including a playoff win in the NFC title game after the 2010 season.

“It’s been battles. Still a rivalry, though. Been some fun ones over the years.”

Thanks to Rodgers and Brett Favre, the Green Bay team leads the all-time series 101-95-6. No quarterback has a higher passer rating against the Bears than Rodgers (105.3) in NFL history.

Sunday will be the 50th meeting between the Packers and Bears at Soldier Field. The Packers have 10 of the last 11 games in Windy City.

“I love the stadium down there. It’s a great venue.”

The Packers have swept the season series with the Bears in each of the last two years and 16 of the previous 27 years.

Even as a visitor, Rodgers always likes playing against the Bears in Chicago.

“They aren’t extremely happy with me, not very cordial most of the time, but I respect that. It’s a great sports town. I’ve always enjoyed the city. Enjoyed the fans, even though they haven’t really enjoyed me, it’s fine, I get it.”

Rodgers said in his Wednesday interview.

Here’s Aaron Rodgers on playing in Chicago, growing up a fan of the Bulls and whether he would ever join the Bears. (Via @packers)

Here’s Aaron Rodgers on playing in Chicago, growing up a fan of the Bulls and whether he would ever join the Bears. (Via @packers) https://t.co/0rRshHy4C8

After playing one of the worst games of his career in Week 1 against the New Orleans Saints, Rodgers is back to the form that awarded him the MVP prize last season.

The Packers quarterback attempted 163 passes in five games, completing 107 for 1,241 yards, ten touchdowns and only three interceptions (two of them in Week 1).

Rodgers has a passer rating of 101.3 after five weeks.

Denial of responsibility! NewsUpdate is an automatic aggregator around the global media. All the content are available free on Internet. We have just arranged it in one platform for educational purpose only. In each content, the hyperlink to the primary source is specified. All trademarks belong to their rightful owners, all materials to their authors. If you are the owner of the content and do not want us to publish your materials on our website, please contact us by email – [email protected]. The content will be deleted within 24 hours.
AaronAaron RodgersadmitsBearsbest sports newsChicagoChicago BearsGreen Bay Packers

MagSafe is, yes, back on MacBook Pro and here are all of its…