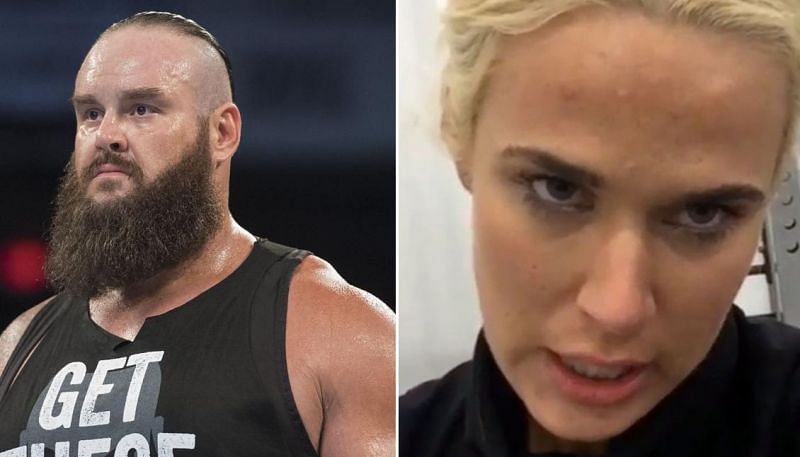 Former WWE writer Vince Russo had a lot to say about the company’s latest releases in his chat with Dr. Chris Featherstone of Sportskeeda.

The latest round of releases by WWE has left fans in a state of disbelief. No one thought stars like Aleister Black and Braun Strowman would be shown the door by the company.

Black had just made his return to programming after a hiatus while Strowman was in the main event picture on RAW.

Vince Russo, as always, shared his unfiltered thoughts on the releases. Check out Vince’s initial reaction to the same:

My initial reaction was, I’ve been suspecting for a long time now that the WWE is really streamlining its company to make that bottom line… look, I’ve been suspecting this for a very long time. There are so many pieces bro. When you look at the deals they already have in place with NBC Universal. Bro, the only thing they don’t have is SmackDown. Bro, now I know, listen. I contacted… you know, me, BinHamin, and Stevie. We contacted FOX before the show started on SmackDown and we offered our services as consultants. Because we tried to explain to them, you need to know somebody that understands wrestling. So if you don’t get the rating, you think you’re gonna get… rather than have them BS you, you will have guys that will tell you “this is what the problem is.”

And they told us Chris, at that point they were expecting a 3.5, Chris, they’re getting half of that. To me, expecting a 3.5 and doing half of that, to me it seems more than likely, I don’t see them renewing this deal. Bro, that’s the last piece NBC Universal needs. They get that last piece, everything is now under their umbrella. What’s left bro, finalizing the deal, transferring the billion dollars, and we’re done. I’ve been suspecting this, if you follow Nick Khan and the deals he’s been making and then he’s on the Board of Directors, and if you’re seeing all the cuts in the office, I really think bro they’re trying to make that bottom line number as attractive… bro, come on Chris, we do this show every week. They don’t care about the show, they’re almost down to a million in the third hour.

You also have to ask the obvious question. You’re down to a 1.1 something in the third hour, but wait a minute, everyone’s being released but creative? I would see Vince McMahon holding somebody by the trousers, swinging them, and throwing them out the window with ratings like this. So there are really a lot of things where it’s a much bigger picture than Braun Strowman being released from WWE to me.

Fans were quite vocal on social media following the release of Braun Strowman, Aleister Black, Murphy, and several others. The Monster Among Men was the top titleholder in WWE a year ago and defeated Goldberg to achieve the feat.

Aleister Black had just started working with a new persona on SmackDown and kicked off a feud with fan-favorite Big E. Lana was another popular name that was released by WWE.

I will never forget the fans, and the love they showed me. Whether it was a tank, power-suits, flags, CRUSH, Rusev, 900 partners, weddings or tables: I tried to always entertain you, and you definitely elevated me. Thank you. pic.twitter.com/n7W5i5KAMI

Vince Russo’s opinion on WWE’s recent releases is certainly worth a discussion, and one wonders whether a buyout is on the horizon. Check out an excellent piece focusing on this billion-dollar question HERE.

What do you think? Do you believe something like NBC buying WWE could become reality soon?

Dear reader, could you take a quick 30-second survey to help us provide you with better content on SK Wrestling. Here’s the link for it.

Denial of responsibility! NewsUpdate is an automatic aggregator around the global media. All the content are available free on Internet. We have just arranged it in one platform for educational purpose only. In each content, the hyperlink to the primary source is specified. All trademarks belong to their rightful owners, all materials to their authors. If you are the owner of the content and do not want us to publish your materials on our website, please contact us by email – [email protected]. The content will be deleted within 24 hours.
Loading...
best sports newsBraun StrowmanexclusiveIveLatestlongNewsnews update sports

Google Proposes UK Regulator Oversight in Plan to Phase Out…

New Zealand will have advantage in WTC final but India up…

Suns vs Nuggets live stream: How to watch the NBA Playoffs…