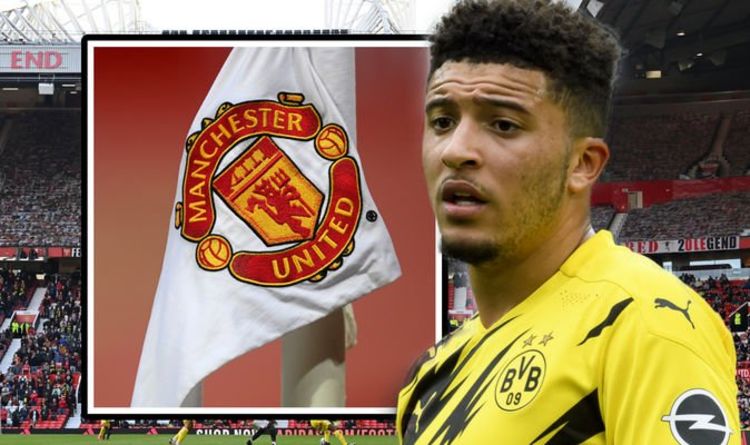 Jadon Sancho “loves” the prospect of joining Manchester United this summer having already agreed personal terms with the Red Devils with the view to a move 12 months ago.

The Borussia Dortmund wide-man was United’s highest profile target last year but the Bundesliga club’s £108million valuation priced them out.

A year on, Sancho remains highly admired within the Old Trafford boardroom and a bid is being eyed with Dortmund’s price tag understood to have dropped.

The German giants are more willing to part ways with Sancho, who joined from Manchester City in 2017 for just £7m, than they are with striker Erling Haaland.

And transfer expert Fabrizio Romano says they could even sell the England international, who has 16 goals and 21 assists in 37 appearances this season, for £77m.

That is a fee United may be more willing to pay for the 21-year-old, who they have long viewed as their long-term right-wing solution.

Sancho himself is clearly eager to swap Dortmund for Manchester and had agreed a contract a year ago, with it likely it wouldn’t be difficult for the Red Devils to reach a fresh agreement this time around.

“They were really close and they didn’t sign him. Now United are in the race, the player loves the opportunity of joining Manchester United so his position is not changing.

“He would love to join Manchester United. But also Liverpool are looking at the player if they sell some players in attacking positions.

“Let’s see what happens with Chelsea. At the moment I’m told Chelsea have not had anything official with his agents or with Borussia Dortmund.

“At the moment Chelsea are not moving for Sancho but we can’t exclude that they are going to do it if they sell some players.

“At the moment it’s an open race, that’s how they describe the situation. But last summer he was really one step away from joining United.

United boss Solskjaer has meanwhile confirmed that he wants to add two or three players to his squad to be able to challenge for the title next season.

“As I’ve said a couple of times, I hope we can strengthen with a few,” the Norwegian coach said.

“We definitely need two or three players to challenge higher up in the table. We’re still too far behind to think that it’ll come by itself.

“Of course, we’re planning as we normally do. It’s not like [only] at the end of the season we see what we’ll do.

Denial of responsibility! NewsUpdate is an automatic aggregator around the global media. All the content are available free on Internet. We have just arranged it in one platform for educational purpose only. In each content, the hyperlink to the primary source is specified. All trademarks belong to their rightful owners, all materials to their authors. If you are the owner of the content and do not want us to publish your materials on our website, please contact us by email – [email protected]. The content will be deleted within 24 hours.
77magreedbest sports newscontractideaJadonlovesMan

Phil Mickelson Moves to the Top of the P.G.A. Championship Leaderboard

The Making of a Goal Machine