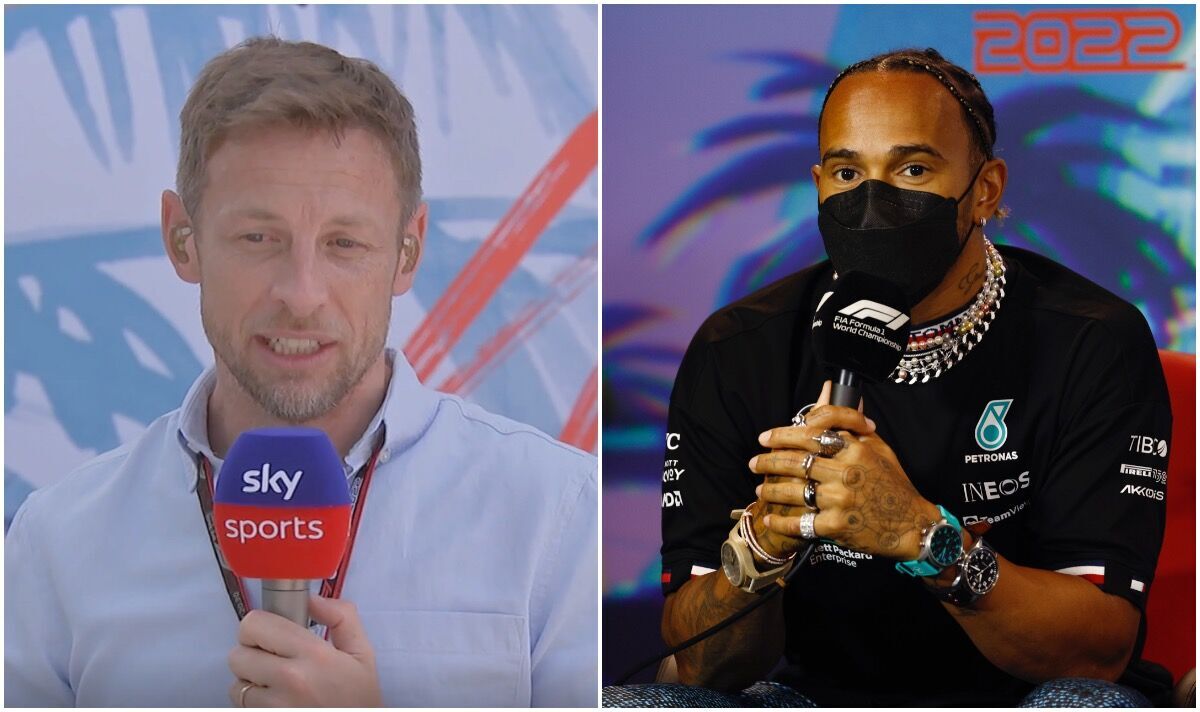 Jenson Button has backed the FIA’s stance over jewellery as their clash with Lewis Hamilton rumbles on. New race director Niels Wittich has taken a stricter position on drivers not being allowed to wear jewellery than predecessor Michael Masi.

The ruling directly affects Mercedes star Hamilton. The seven-times world champion has a couple of earrings that he claims are ‘wielded’ into his skin.

Hamilton recently joked that he would need to chop off his ears to comply with the FIA rule, which states: “The wearing of jewellery in the form of body piercing or metal neck chains is prohibited during the competition and may therefore be checked before the start.”

Sky Sports pundit Danica Patrick believes the FIA’s stance is “nonsensical”, but Button challenged that view, saying: “This isn’t something that is new though, to be fair, I actually disagree.

“I have never worn underpants under my race suit because they are flammable and it has always been in the regulations – don’t wear underpants and don’t wear piercings or metal on your body.

“I don’t think they have pushed the regulation very hard and now they are, which is very strange, why they are doing that suddenly.”

Button added that it is not just a rule that prevents injury on the race track. He continued: “It is not just what happens at the circuit, it is when they take the crash helmet off, is it going to pull on the ear and then the marshal feels bad that he’s hurt you.

“Or, it could be if you are taken to the hospital and they have to do an x-ray or an MRI, you can’t have metal in your face either. It is a tricky one and it is weird we are talking about it. There are so many things to talk about in motorsport and F1 at the moment and we are talking about that.”

Denial of responsibility! NewsUpdate is an automatic aggregator around the global media. All the content are available free on Internet. We have just arranged it in one platform for educational purpose only. In each content, the hyperlink to the primary source is specified. All trademarks belong to their rightful owners, all materials to their authors. If you are the owner of the content and do not want us to publish your materials on our website, please contact us by email – [email protected]. The content will be deleted within 24 hours.
banbest sports newsbuttonFIAHamiltonJensonjewelleryLewis