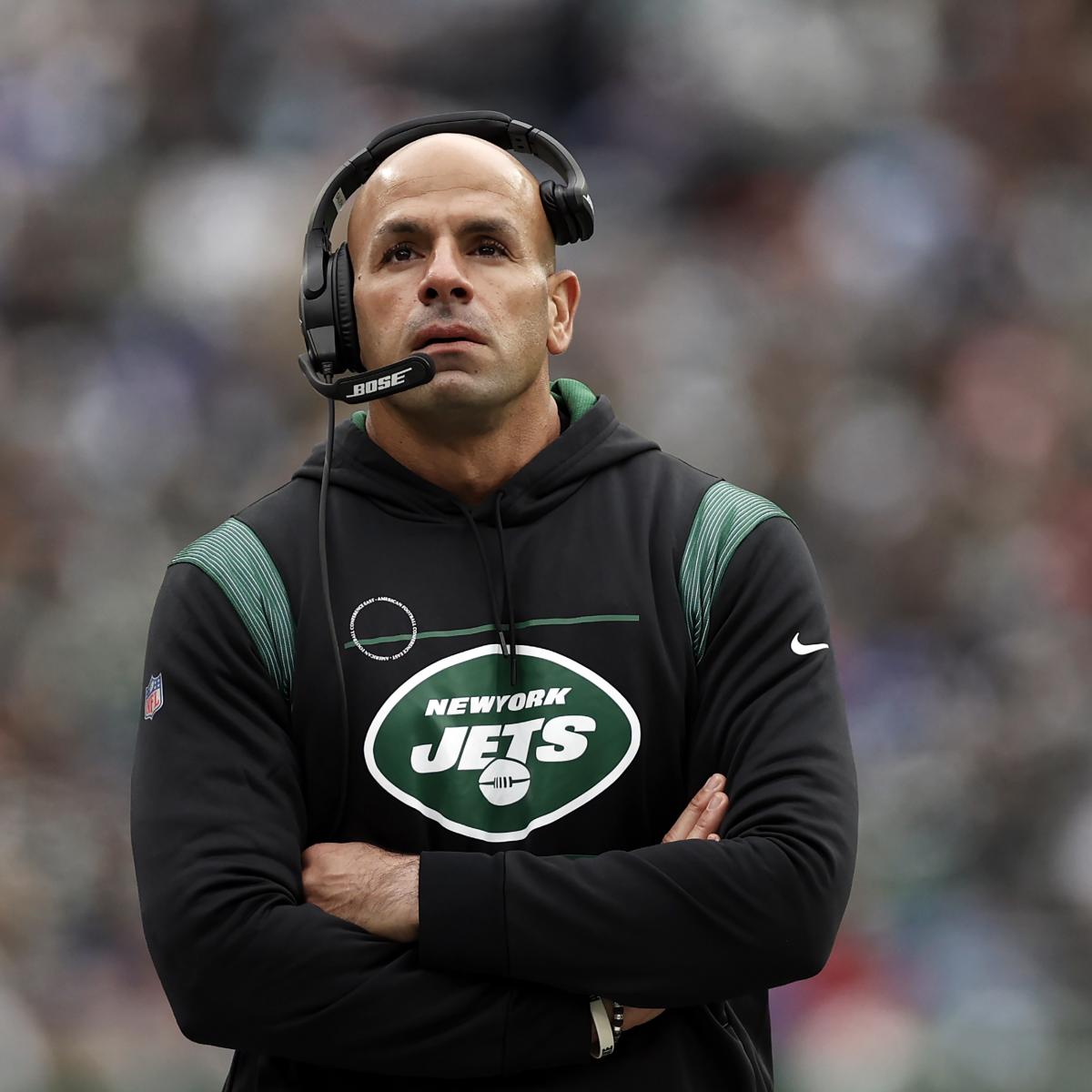 Urban Meyer’s tenure with the Jacksonville Jaguars isn’t off to the greatest of starts, but the team is showing signs of life. One week after stunning the Buffalo Bills 9-6, they took the Colts to the wire in a 23-17 loss.

That’s an encouraging sign for the Jets’ draft hopes. They are locked in a battle with Meyer’s team for the right to the second selection, and the Jags’ recent performances, especially on defense, give them a chance to pick up a few more wins before the season ends.

That begins with the Niners, who have dealt with inconsistency from the beginning of the season. Yes, this is the team that just beat the Los Angeles Rams, but it’s also the team that lost four of five before that impressive performance.

The Jags have been particularly stingy against the pass of late, only giving up 168 yards through the air against the Colts, and they picked off Josh Allen twice in their upset win. Jimmy Garoppolo could struggle to find success against that defense.

Another upset win for the Jags would help the Jets as both teams would have two wins and tiebreakers would come into play.

This one is straightforward. The Jets own the Seahawks’ pick, and the Cardinals are already Super Bowl contenders. The odds are stacked in the Jets’ favor here—they’ll be rooting for the Cardinals.

It isn’t a done deal that Arizona will be victorious, though. They’ve dropped two of the last three, including an ugly 34-10 loss to the Carolina Panthers. Of course, the absence of Kyler Murray in the lineup could have had a lot to do with that.

The quarterback missed the game as he continues to recover from an ankle injury. However, he said he’s “pretty close” to playing this week, per Josh Weinfuss of ESPN.

The Seahawks have a returning quarterback of their own in Russell Wilson. He came back into the team against the Packers last week, but he didn’t look himself against a strong defense, going 20-of-40 for 161 yards with two picks.

As long as Murray doesn’t look like that in his return, the Cardinals should help the Jets out Sunday.

With three wins on the season, the Giants are lurking just behind the Jets in the draft order, but they have some decent upside over the back half of the season. That’s because they may finally start getting healthy on the offensive side of the ball.

Think what you will about Daniel Jones, but the Giants have done what they can to surround their quarterback with weapons. Saquon Barkley, Kenny Golladay, Evan Engram, Kadarius Toney and Sterling Shepard provide a good and versatile core of weapons.

The problem is, they haven’t all been available. All have missed at least one game, and the group has rarely, if ever, been on the field together this season.

That could be changing soon, though. Jordan Raanan of ESPN reported that Shepard is the only one of the team’s top weapons who will likely not play on Monday night.

The bad news is they play the Bucs, but that isn’t necessarily a death sentence. Last season, the Giants only lost to Tom Brady’s team 25-23, and they happen to be catching Tampa off back-to-back losses to the Saints and Washington Football Team.

A Giants win against the Bucs would likely mean one less team that could end up jumping the Jets in the draft order.

Denial of responsibility! NewsUpdate is an automatic aggregator around the global media. All the content are available free on Internet. We have just arranged it in one platform for educational purpose only. In each content, the hyperlink to the primary source is specified. All trademarks belong to their rightful owners, all materials to their authors. If you are the owner of the content and do not want us to publish your materials on our website, please contact us by email – [email protected]. The content will be deleted within 24 hours.
best sports newsDraftguideImplicationsJetsnews update sportsnewsupdateNFL