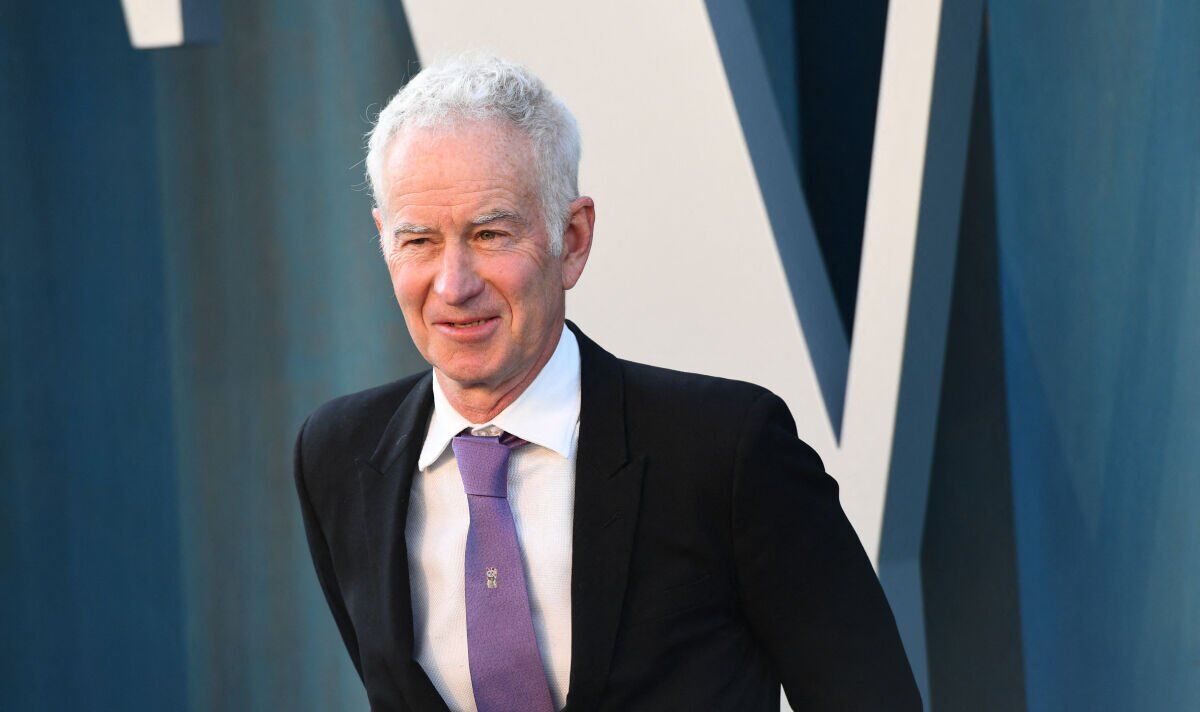 Tennis legend John McEnroe has dismissed Emma Raducanu’s chances of winning the French Open as he doubts her mental strength and wonders if she is in the physical shape necessary to succeed at the tournament. Teenage sensation Raducanu won the US Open as an 18-year-old last September but has struggled to back up her impressive displays at Flushing Meadows ever since.

“I’m not sure where she is physically or mentally right now,” said McEnroe – via the Daily Mail – who is working for Warner Bros. Discovery throughout the Roland Garros tournament.

Raducanu was forced to retire during her match with Bianca Andreescu at the Italian Open in Rome earlier this month and has struggled with fitness problems during a string of matches. Last summer, she was forced to cut her fourth round match with Ajla Tomljanovic at Wimbledon short after suffering with breathing problems and retired from her match against Daria Saville at the Mexican Open in February with a hip injury. She has also suffered with blisters on the court.

Despite her struggles, Raducanu has already shown that she is one of the most talented young players on the tour. But she also is on the lookout for her fourth coach in the space of a year after parting ways with Wimbledon coach Nigel Sears, her US Open mentor Andrew Richardson and her most recent guru Torben Beltz.

MUST READ: Write Rafa Nadal off at your peril – he’s the clay king and thrives when going gets tough

And McEnroe insists the 19-year-old has got to find the formula that helped her triumph at the US Open once again. “She obviously did something spectacular at the US Open and you would try to, in some ways, replicate what she was feeling at that time to allow her to play freely,” the 63-year-old added.

“That’s a lot harder now because the expectations are a lot higher so she has to find a group that can get her comfortable and allow her to train in a way that she understands is good for her and be able to go on the court and feel some type of joy and happiness playing.

“That’s the trick. But there is no way to do that, or understand how to do that, unless you understand the person. That’s the job of a coach or people around her to get her to a place to do what she does best.”

Raducanu is set to get her French Open campaign underway against 17-year-old Linda Noskova, who won last year’s junior tournament. And the Briton will be hoping to avoid a potential banana skin and show she has what it takes to succeed on the biggest stage once again.

Denial of responsibility! NewsUpdate is an automatic aggregator around the global media. All the content are available free on Internet. We have just arranged it in one platform for educational purpose only. In each content, the hyperlink to the primary source is specified. All trademarks belong to their rightful owners, all materials to their authors. If you are the owner of the content and do not want us to publish your materials on our website, please contact us by email – [email protected]. The content will be deleted within 24 hours.
best sports newsdismissesdoubtsEmmaFrenchhopesJohnMcEnroe