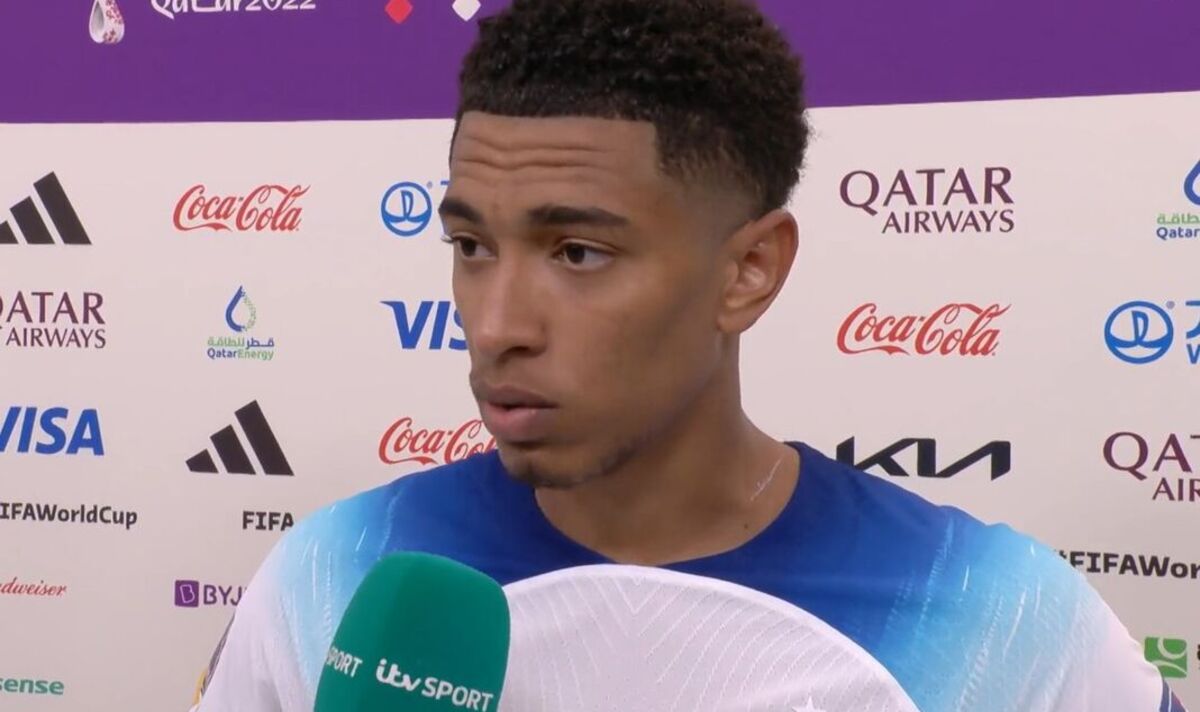 Jude Bellingham hits out at ‘ridiculous’ comments on Jordan Henderson

Jude Bellingham has hit out at ‘ridiculous’ comments made about ‘underrated’ England star Jordan Henderson. The duo were excellent in the Three Lions’ 3-0 win over Senegal and directly combined for the opening goal.

England set up a World Cup quarter-final with France after a comfortable 3-0 win over African Cup of Nations champions Senegal. Bellingham and Henderson were both vital to Gareth Southgate’s side’s efforts with the teenager setting up the Liverpool captain for the first goal.

Many England fans have criticised the inclusion of Henderson over the course of the tournament, believing more exciting attacking talents should be chosen in his place. Bellingham has hit out against calls however as he stood up for his midfield partner.

“Brilliant performance today, I’ve seen some of the rubbish about him (Henderson) playing,” he told ITV after the game. “It’s ridiculous. He is so underrated technically and he’s delivered again in a big game with a massive goal. It’s time he got a bit of respect.”

Bellingham was not the only person to praise Henderson after the match, with Roy Keane talking up the 32-year-old’s performance in the ITV studio.

“He scored a goal, you look at Bellingham, he obviously got a couple of assists,” he began. “Rice looked a little bit sharper, fresher than he did in the USA game. The midfield, you know, is a solid three and that’s what you need.

“The attacking players are there to win football matches and I’ve never had any doubt with Jordan, he can produce, he’s been a rock solid player and running onto it here, it’s not an easy finish, weaker foot, Jordan’s an excellent player, just as important and a character – which is obviously what Gareth likes.

“Put it this way, Klopp’s played him for a long time and if he wasn’t sure of him, he wouldn’t be playing him.”

England will now face France in the quarter-finals as they look to seal a place in the last four for the second time in as many tournaments. The Three Lions were comfortable winners in the match against Senegal with Harry Kane and Bukayo Saka adding to Henderson’s opener.

Les Blues’ round-of-16 clash with Poland was equally comfortable with Didier Deschamps’ men running out 3-1 winners. Olivier Giroud opened the scoring before Kylian Mbappe sealed the victory with a double. Robert Lewandowski scored a late consolation from the spot with the last kick of the game.

The quarter-final will kick off at 7pm on Saturday and will be shown live on ITV 1.

Denial of responsibility! NewsUpdate is an automatic aggregator around the global media. All the content are available free on Internet. We have just arranged it in one platform for educational purpose only. In each content, the hyperlink to the primary source is specified. All trademarks belong to their rightful owners, all materials to their authors. If you are the owner of the content and do not want us to publish your materials on our website, please contact us by email – [email protected]. The content will be deleted within 24 hours.
Bellinghambest sports newscommentsHendersonHitsJordanJudenews update sports

The American West’s Salt Lakes Are Turning to Dust

Australia should have separate coaches for Test and…