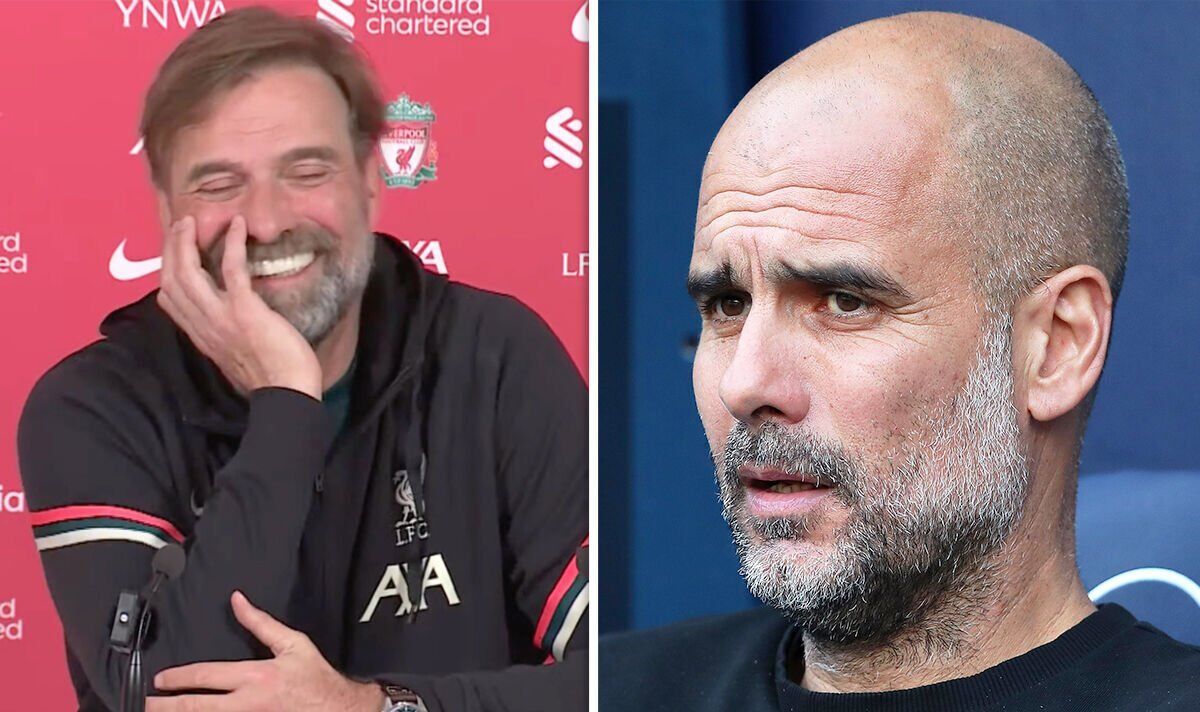 Liverpool manager Jurgen Klopp disagrees with Pep Guardiola that everyone in the country wants the Reds to be successful. Guardiola said at the weekend that the media are more biased towards the Anfield club and would prefer them to succeed over City.

Guardiola also took a dig at Liverpool in the fact they have only won one top-flight title in over 30 years. But Klopp has now issued his response to the Spaniard.

He laughed when the question was brought up at his press conference ahead of Tuesday’s match against Aston Villa. The German pointed out that not even everyone in the city of Liverpool, where Everton are also based, wants them to win.

Klopp said: “I live in Liverpool. Here a lot of people want us to win the league, that’s true. But even here, probably only 50 per cent! The other people are involved in another fight, at least until yesterday.”

“I couldn’t respect Antonio [Conte] and what he’s doing and my God how he organises teams. I don’t know exactly in which situation Pep was when he said that, after getting knocked out of the Champions League it’s difficult to take but then of course Liverpool made it to the final.

“Then you have these kind of things, ‘They played Villarreal and we played Real!’ Then you say what you say. He’s right.

“I was right with Tottenham being fifth and he was right we won the Premier League only once. I’ve no idea if the whole country is supporting us, I don’t know that.

“It’s not the feeling I get actually when we go to other places and play there, it’s actually the opposite, but maybe he knows more about that than me.”

Klopp was responding to comments Guardiola made to the media after City’s 5-0 win over Newcastle on Sunday. Guardiola said: “Everyone in this country supports Liverpool, the media and everyone.

“Because Liverpool have an incredible history in European competitions. Not in Premier Leagues, because they have won one in 30 years. But I don’t care. People want Liverpool to win more than us. They have more supporters around the world and in England more support Liverpool than us.”

Want the latest Premier League news as we publish it on Express Sport? Join our new Facebook group by clicking here

Denial of responsibility! NewsUpdate is an automatic aggregator around the global media. All the content are available free on Internet. We have just arranged it in one platform for educational purpose only. In each content, the hyperlink to the primary source is specified. All trademarks belong to their rightful owners, all materials to their authors. If you are the owner of the content and do not want us to publish your materials on our website, please contact us by email – [email protected]. The content will be deleted within 24 hours.
best sports newsclaimGuardiolasJurgenKlopplaughsLiverpoolnews update sports