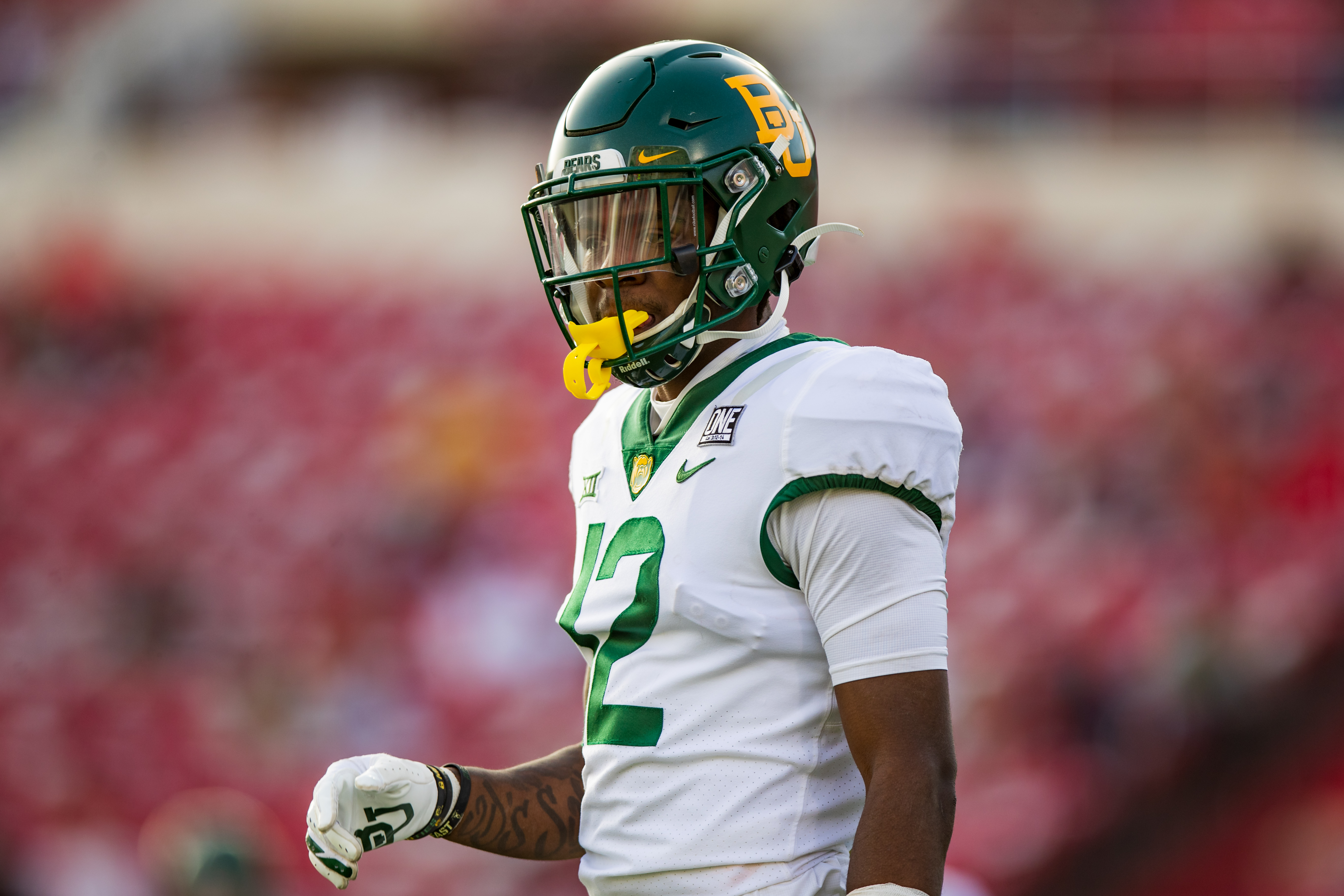 — Very good twitch with excellent acceleration to get to top speed. He has shown the ability to run step-for-step with receivers.

— When in position, he has the ability to play the ball through the reception point.

— Willing tackler who looks to throw his body around in the run game.

— Poor eye discipline. Stares at quarterback too often, leading to him losing his man.

— Can panic at times when downfield, losing sight of the ball and man.

— Not a secure tackler. Throws his body around but doesn’t always wrap up in tackling. Can be an ankle biter at times.

— Lacks physicality on the edge. Can give up leverage and let the ball outside of him.

Kalon Barnes is a twitchy athlete with excellent speed. His on-film speed was confirmed by posting one of the fastest 40-yard dashes ever. A cornerback who rarely plays from the backpedal when in off-coverage, he does a great job of matching receivers downfield. He is a straight-line player who struggles at times when asked to move laterally or flip his hips. He shows patience in press coverage but can often get beat to his inside with average lateral movement. When playing the pass game, Barnes has poor eye discipline and technique, which can allow receivers to gain a step on him, but his elite top-end and recovery speed often come to save him. Oftentimes, he can be overly handsy downfield, where it messes with his timing and location of the ball. Though he shows to have good athletic ability, he can have some hip tightness and poor balance, to where he can lose his footing when transitioning downfield.

When playing the run game, Barnes has below-average strength when taking on blocks. He shows to have trouble disengaging from blocks and can get moved by bigger and stronger blockers. When tackling, he often comes in low, looking to trip up ball-carriers by the ankle. Though he isn’t afraid to support the run, he is often hesitant to fill at times.

Barnes lit up the combine by running a 4.23, 40-yard dash. Although his speed jumps out on film, posting the second-fastest 40 ever was a bit of a surprise. He can be slow to process routes in front of him but does a good job of running with receivers downfield. When downfield, he can be a hit or miss on how he reacts to the ball in the air based on his positioning and the timing of the ball. Not a natural ball hawk, he does best when able to stay on top of routes and react to what he sees. As a defender on the leaner side for his position, he often struggles with lack of strength in the run game. Struggling with bigger blockers, he can get pushed around and walled off at times. When tackling, he isn’t always a secure tackler and often dives at legs, not looking to secure his tackles. As the saying goes “you can’t teach speed,” and Barnes has a lot of it. Although he will need to continue to work on his technique and position-specific skills, his speed will give him a lot of opportunities at the next level.

Denial of responsibility! NewsUpdate is an automatic aggregator around the global media. All the content are available free on Internet. We have just arranged it in one platform for educational purpose only. In each content, the hyperlink to the primary source is specified. All trademarks belong to their rightful owners, all materials to their authors. If you are the owner of the content and do not want us to publish your materials on our website, please contact us by email – [email protected]. The content will be deleted within 24 hours.
Barnesbest sports newsCarolinaDraftKalonnews update sportsnewsupdateNFL