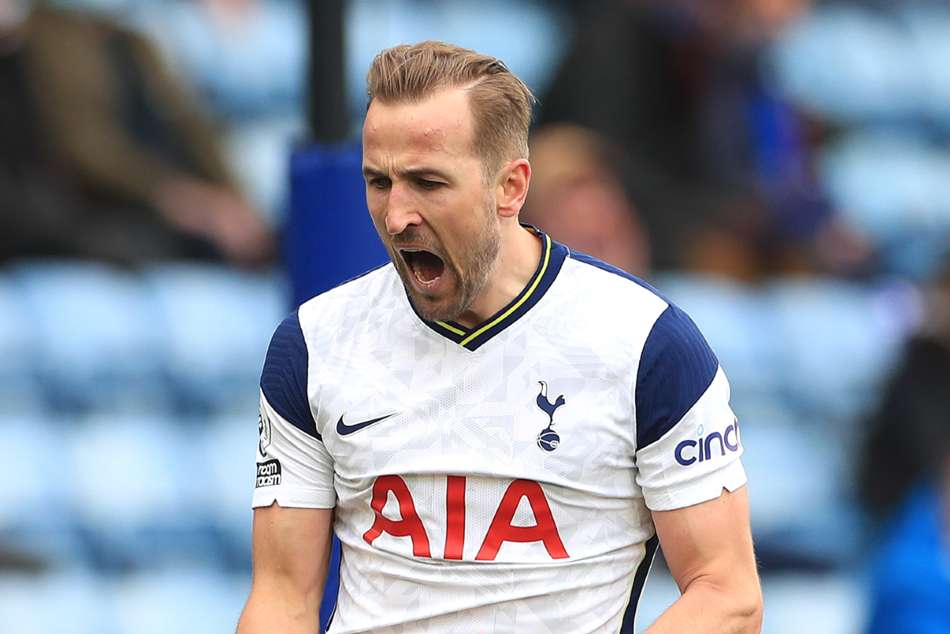 The Tottenham forward netted in the dramatic 4-2 win over Leicester City on Sunday, while Salah did not find the scoresheet as Liverpool defeated Crystal Palace 2-0.

That meant Kane emerged triumphant from a season-long battle, both players having gone into the final weekend locked on 22 goals.

Salah had won the award in 2017-18 and shared it the following season with Pierre-Emerick Aubameyang and Liverpool team-mate Sadio Mane.

But he falls just short of another triumph after netting 22 times from 36 top-flight matches this season.

Jamie Vardy was last season’s winner but it was Manchester United’s Bruno Fernandes who finished third with 18 goals.

Kane’s accomplishment comes amid huge speculation over his future after he reportedly asked to leave Spurs at the end of the season.

The England captain is now one away from the record of four Golden Boots held by Arsenal great Thierry Henry, with Alan Shearer the only other player to have won it three times in the Premier League era.

Denial of responsibility! NewsUpdate is an automatic aggregator around the global media. All the content are available free on Internet. We have just arranged it in one platform for educational purpose only. In each content, the hyperlink to the primary source is specified. All trademarks belong to their rightful owners, all materials to their authors. If you are the owner of the content and do not want us to publish your materials on our website, please contact us by email – [email protected]. The content will be deleted within 24 hours.
Awardbeatsbest sports newsBootGoldenKaneLeaguenews update sports

Snap to Buy Augmented Reality Company WaveOptics for Over $500 Million