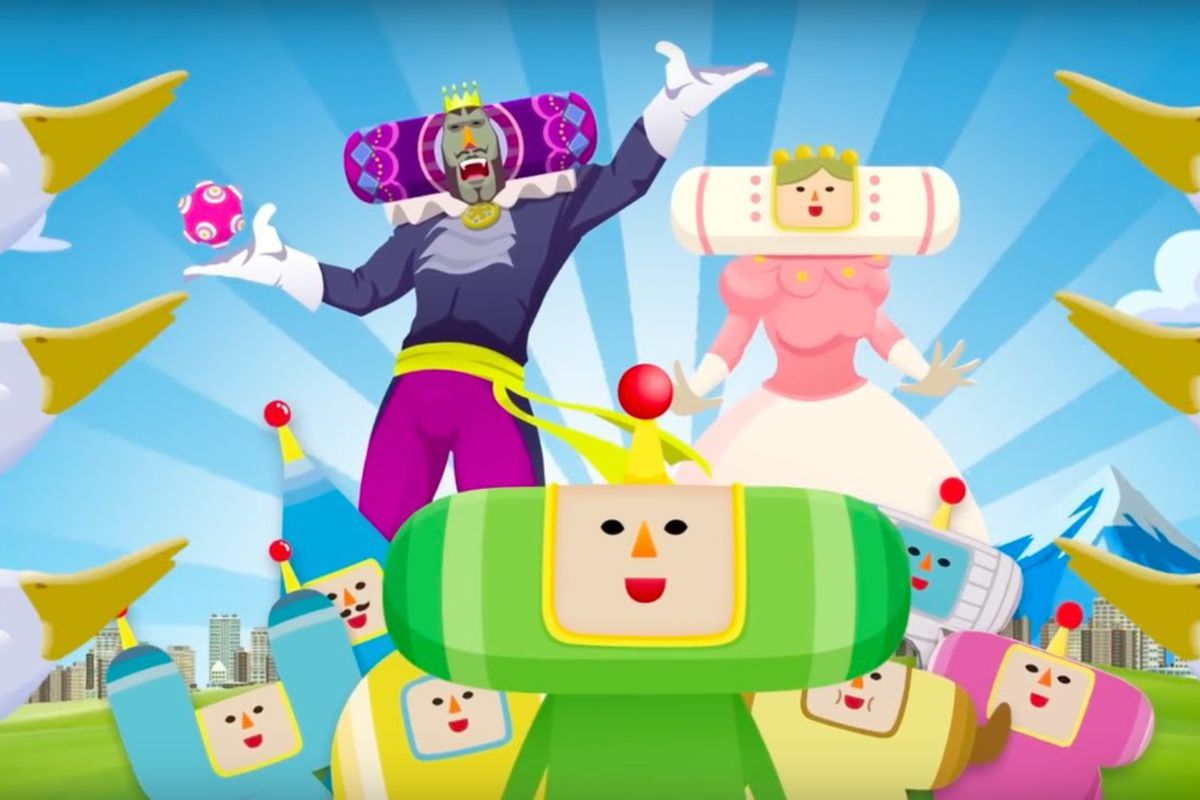 Revealed during the July 28 Annapurna Interactive stream, a tiny teaser showed the camera zooming out from a snoring character’s mouth. Despite being bright and colourful, this looks to have a more grounded artstyle than some of Takahashi’s most famous works.

There’s currently no name or release date for this game, but it will be the fourth title from uvula, which was founded in 2010 by Takahashi and his wife Asuka Sakai.

Takahashi served as director on both 2004’s Katamari Damacy and 2005’s We Love Katamari, simple games about rolling around a ball in the human world and picking up regular everyday objects, with the goal to make the ball as big as possible by collecting progressively larger objects over time.

Takahashi’s next game was Noby Noby Boy in 2009, which uses the left and right sticks to control both ends of a worm-like creature known as Boy. After this uvula was formed, and Takahashi served as designer on a number of games, including one called Crankin’s Time Travel Adventure for the Playdate portable console.

It’s currently unclear what consoles this new game from uvula will release on, or when, and what the game actually is, but fans of Katamari Damacy and Takahashi’s work will absolutely have something to look forward to.

You can check out uvula’s website here, which is filled with the games developed at the studio alongside some free and buyable goodies.

In other news, Aspyr is currently looking for a creative director to helm the Star Wars: Knights Of The Old Republic remake, as a report suggests the game is on indefinite hold.

Denial of responsibility! NewsUpdate is an automatic aggregator around the global media. All the content are available free on Internet. We have just arranged it in one platform for educational purpose only. In each content, the hyperlink to the primary source is specified. All trademarks belong to their rightful owners, all materials to their authors. If you are the owner of the content and do not want us to publish your materials on our website, please contact us by email – [email protected]. The content will be deleted within 24 hours.
Annapurnabest games newsCreatorDamacyGamegame updategames newsKatamari

Instagram rolls back some product changes after user backlash.