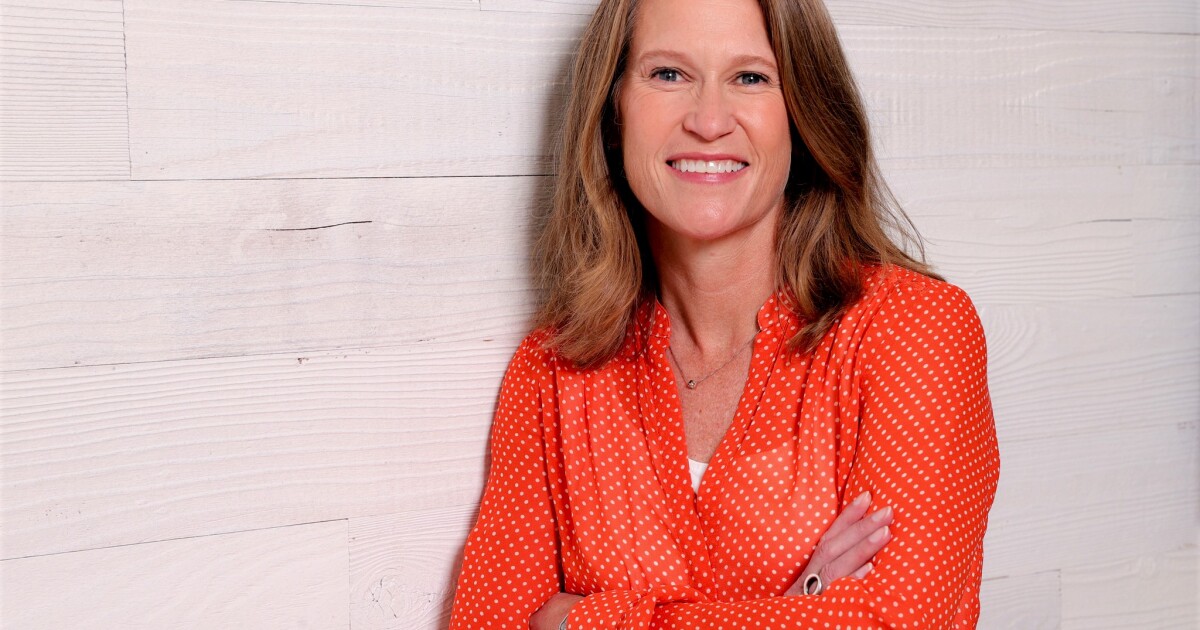 Kathy Carter is promoted to chief executive of LA28 group

The private organizers of the Los Angeles 2028 Summer Olympics have announced new leadership as they enter a critical phase that includes negotiating with the city over extensive services and payments.

Filling a spot left vacant since the departure of Gene Sykes in 2018, Carter takes the lead on imminent budgetary decisions for an undertaking expected to cost nearly $7 billion.

“We know now what revenues are going to look like,” Carter said. “So we know how to make sure we are spending responsibly.”

L.A.’s path to the Games has been unusual because of a 2017 scenario in which the city agreed to host after Paris takes a turn in 2024. That gave local organizers more than a decade to prepare, instead of the customary seven years.

For much of that extra time, LA28 has worked quietly to sign sponsor and corporate partnerships. Now, with the close of the Tokyo Olympics, the committee is approaching several benchmarks.

Balancing the budget will be crucial because city and state legislators have agreed to serve as a financial backstop for the Games, pledging taxpayer dollars to cover any cost overruns. Other host cities have suffered large deficits in the past, but L.A. organizers insist they can minimize expenses by using existing venues such as Staples Center, Pauley Pavilion and Dignity Health Sports Park.

In a recent interview with The Times, Mayor Eric Garcetti suggested the city might ultimately avoid any risk.

“I think by the time the Olympics happen, we might have none of the financial responsibility because I think LA28 can get the insurance for it and it could probably re-write the contract and take us out, which is something we talked about over time too,” Garcetti said.

Stepping into her new position, Carter called it “premature” to discuss such a change. LA28 is still in talks with the city over important details.

Within the next month or so, the parties are expected to finalize a memorandum of understanding for additional services the city will need to provide during the Games and the amount LA28 must pay for those services.

The scope of the agreement is not yet known but anticipated costs are included in an LA28 budget line item for “Corporate Administration & Legacy” that totals $587 million.

In her previous role, Carter was chief revenue officer, forging a partnership with NBCUniversal and overseeing hundreds of millions in sponsorship deals with the likes of Delta, Nike, Comcast and Deloitte.

“Kathy is one of the most naturally gifted leaders in the game and has already made tremendous impact successfully driving LA28’s commercial business,” committee chairman Casey Wasserman said in a statement.

Organizers have vowed to cover all costs through a variety of revenues, including an estimated $1.5 billion in International Olympic Committee contributions and $1.9 billion in ticket sales and hospitality. Domestic sponsorships could total an additional $2.5 billion.

“We’re not giving the final numbers,” Carter said. “What I can tell you is, we feel very good with where we are.”

Money isn’t the only issue. The NOlympics LA coalition has expressed concerns about displacement in low-income neighborhoods and a history of excessive policing during the Games, among other things.

“The Olympics aren’t broken and they’re not actually about sports,” group organizer Anne Orchier said in an email to The Times last year. “They’re about power and they’re working exactly the way they’re supposed to. Displacement, militarization, and authoritarianism aren’t a bug, they’re a feature.”

In her new role, Carter vowed to keep open lines of communication with Games opponents. To a point.

“I think it’s great to have different points of view,” she said. “We’ve got to listen but, by the same token, we have to make sure we stay true to what we believe we can deliver.”

During a half-hour interview, Carter talked about what she called “radical reuse” — not only holding events in existing stadiums and arenas, but also repurposing several planned temporary facilities for community use after the Games have ended.

Organizers have kept track of emerging technologies that could give fans more ways to interact with athletes and events, though it remains to be seen what innovations might be available in seven years.

An LA28 team recently returned from Japan where they got a behind-the-scenes look at how the Tokyo Games where conducted. They watched organizers deal with unforeseen developments — in this case, modifications triggered by a global pandemic.

There were lessons to learn for an organizing committee that, at about 100 employees, is still relatively small by Olympic standards and must now grow. Carter was among the observers and will be responsible for enlarging the staff as 2028 draws nearer.

“We were able to understand what kind of muscle we have to build,” she said. “You just don’t know what will come at you over the next seven years.”

Dakota Smith and James Rainey contributed to this story.

Denial of responsibility! NewsUpdate is an automatic aggregator around the global media. All the content are available free on Internet. We have just arranged it in one platform for educational purpose only. In each content, the hyperlink to the primary source is specified. All trademarks belong to their rightful owners, all materials to their authors. If you are the owner of the content and do not want us to publish your materials on our website, please contact us by email – [email protected]. The content will be deleted within 24 hours.
Loading...
Loading...
best sports newsCarterchiefexecutiveGroupKathyLA28news update sports

Big E Is Your New WWE Champ, What’s Next for Bobby Lashley and More Raw Fallout

Can a Game Get Young Players Interested in Holocaust History?

How to use Google widgets for work on an iPad