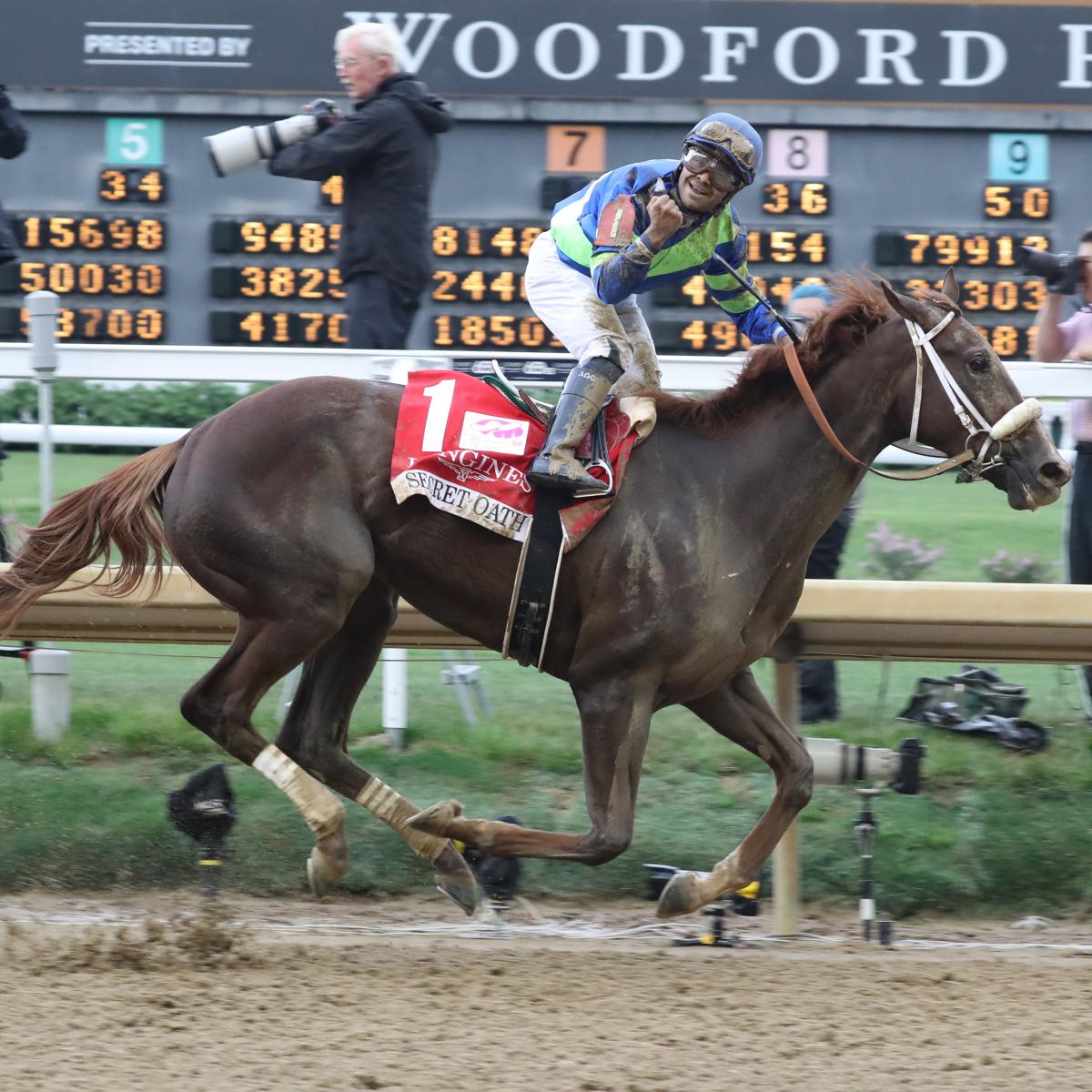 Picking a winner out of this year’s field is tricky, especially with rainy and muddy conditions likely. Mild temperatures and possible showers are in the forecast, which could heavily impact the race.

“Every horse is different and depends on a case-by-case scenario, but jockeys sometimes change horses’ hooves on Derby day to accommodate the cold, rain, or muddy track,” Wes Peterson of Ocala Breeders said, per Jordan Smith of Fox Weather (h/t the New York Post). “It is a game-time decision, if you will, as the weather can change in a hurry.”

A sloppy track could allow one of the long shots to steal the glory on Saturday, though banking on that outcome would be unwise. It would, however, be smart to follow track conditions throughout the day. Horses like Tawny Port and Classic Causeway are long shots for a reason, they’re unlikely to win.

I’m not sold on Friday favorite Taiba, either. The Tim Yakteen-trained colt lacks big-time racing experience, starting but winning only two career races. Taiba’s team could carry some momentum from last month’s win at the Santa Anita Derby—which is a 1⅛-mile track—but this is still a largely untested horse.

Look for the surging and more experienced Epicenter to fare better in a crowded field. The Steven Asmussen-trained colt has won five of his last six races, including a Grade 2 win at the Louisiana Derby in March.

Asmussen is thrilled about his chances of winning a career-first Derby.

“We’re Derby dreamers, for him to have checked off all the boxes, the buildup, exciting, representing central Kentucky, the fanbase everywhere, wonderful horses of this quality, to excited people, we’re just proud to be in this position,” Asmussen said of Epicenter, per WLKY Kentucky.

Epicenter has a favorable inside draw (post No. 3), as does Messier, another Yakteen horse. Messier, who will run from the No. 7 post, is coming off a second-place finish in the Santa Anita Derby. Both Messier and Taiba (No. 12 post) were previously trained by Bob Baffert—who is serving a two-year ban from Churchill Downs for horse doping.

“I think no matter how those horses run, they’ll be Bob’s,” fellow trainer D. Wayne Lukas said, per John Cherwa of the Los Angeles Times. “Now, the general public, a lot of them, won’t know the difference. [But] all the horse people will know they are Bob’s.”

Smile Happy, who will break from the No. 3 gate, is a long shot worth following. The Kenneth McPeek-trained colt has two second-place finishes this season—behind Epicenter and Zandon—but won the Grade 2 Kentucky Jockey Club race at Churchill Downs in November.

A strong inside start could give Smile Happy a shot at the upset, especially if a wet track negates his limited closing speed.

Denial of responsibility! NewsUpdate is an automatic aggregator around the global media. All the content are available free on Internet. We have just arranged it in one platform for educational purpose only. In each content, the hyperlink to the primary source is specified. All trademarks belong to their rightful owners, all materials to their authors. If you are the owner of the content and do not want us to publish your materials on our website, please contact us by email – [email protected]. The content will be deleted within 24 hours.
best sports newsContendersDerbyfinalHorsesKentuckynews update sportsnewsupdate

What time does the 2022 Kentucky Derby start? What TV channel is it on?