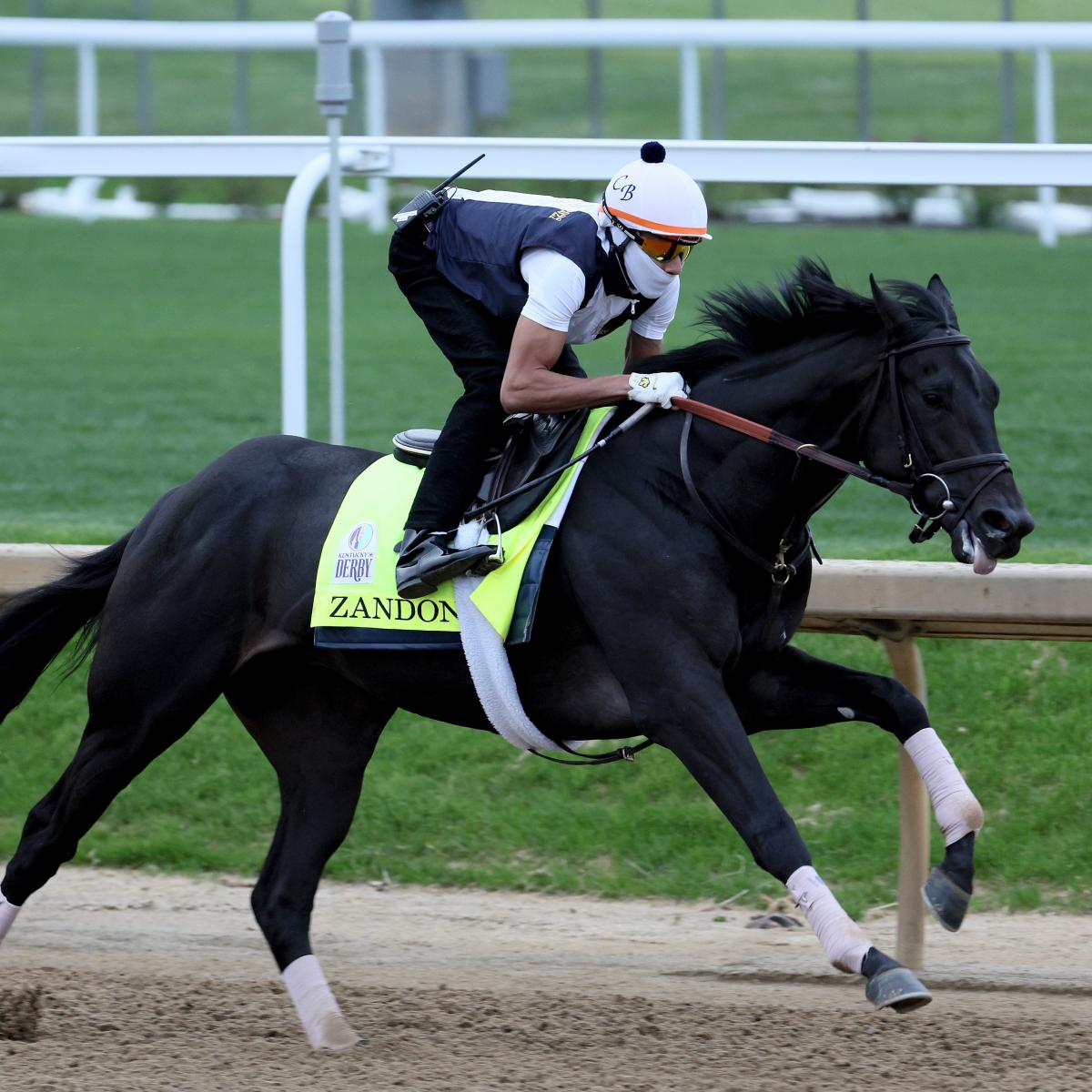 Zandon and Epicenter may be the two current favorites to win the 2022 Kentucky Derby, but anything can happen once Saturday arrives and the 20 horses exit their posts. That’s been shown throughout the race’s history, and that’s part of what makes the event so exciting.

The 148th running of the Derby is nearly here, with the horses, trainers and jockeys all preparing for the Run for the Roses at Churchill Downs in Louisville. The winning horse will then try to secure a famous Triple Crown by winning the Preakness on May 21 and the Belmont Stakes June 11.

Here’s everything you need to know about the front-runners for this year’s Kentucky Derby.

There has never been a Brown-trained horse to win the Kentucky Derby, but that could change this year with Zandon. The only previous time that Brown has won a Triple Crown race is when he was victorious with Cloud Computing at the 2017 Preakness Stakes.

While Brown hasn’t won the Derby, Prat has. He rode Country House to victory in the controversial 2019 Kentucky Derby, as Maximum Security actually crossed the finish line first but was disqualified for interference. Prat also won the 2021 Preakness on Rombauer.

Zandon’s odds to win the Derby improved after he drew the No. 10 post for the Derby. It’s a good starting spot near the middle of the line that could allow Zandon to get out front early.

Although Zandon has only competed in four races, he won the Blue Grass Stakes last month and has never finished worse than third. However, when he faced off against Epicenter at the Grade 2 Risen Star in February, Epicenter won and Zandon placed third.

Pedigree: Not This Time and Silent Candy

Asmussen has previously entered 23 horses in the Kentucky Derby, but he’s never won the prestigious race. He’s won the other two legs of the Triple Crown schedule, though. Asmussen is a two-time Preakness winner (Curlin in 2007, Rachel Alexandra in 2009) and one-time Belmont Stakes winner (Creator in 2016).

Rosario has raced to victory in the Derby before, as he rode Orb in 2013. And the 37-year-old jockey has a ton of experience, so that could benefit Epicenter.

Epicenter has been quite successful of late, having won four of his past five races, including the Louisiana Derby in March. However, Epicenter will be starting the Kentucky Derby from the No. 3 post, a spot that hasn’t produced a winner since Real Quiet in 1998.

Although Epicenter is no longer the top betting favorite (like he was prior to the post draw), he still has a great chance of winning the Derby. Whether he’s successful could depend on how he starts the race.

Pedigree: Empire Maker and Checkered Past

Messier is one of two horses in the Kentucky Derby field trained by Yakteen, who is entering colts in the race for the first time. Both Messier and Taiba were previously trained by Bob Baffert, who is suspended this year after 2021 Derby winner Medina Spirit failed a drug test.

Velazquez is one of only five jockeys who have won the Kentucky Derby three or more times. He was previously victorious with Animal Kingdom in 2011, Always Dreaming in 2017 and Authentic in 2020. The 50-year-old is also a two-time winner of the Belmont.

Messier has competed in six races, and he’s finished in first or second in all of them. Last month, he placed second at the Santa Anita Derby, ending up behind only Taiba to give Yakteen a one-two finish. Messier had won three of his previous four races.

Messier is starting from the No. 6 post, a spot that has produced only two previous Derby winners—Sea Hero (1993) and Iron Liege (1957).

Denial of responsibility! NewsUpdate is an automatic aggregator around the global media. All the content are available free on Internet. We have just arranged it in one platform for educational purpose only. In each content, the hyperlink to the primary source is specified. All trademarks belong to their rightful owners, all materials to their authors. If you are the owner of the content and do not want us to publish your materials on our website, please contact us by email – [email protected]. The content will be deleted within 24 hours.
best sports newsContendersDerbyFavoriteshorseInfojockeyKentucky

Happy. Sad. Angry? Golden State Is Feeling It All Against Memphis.