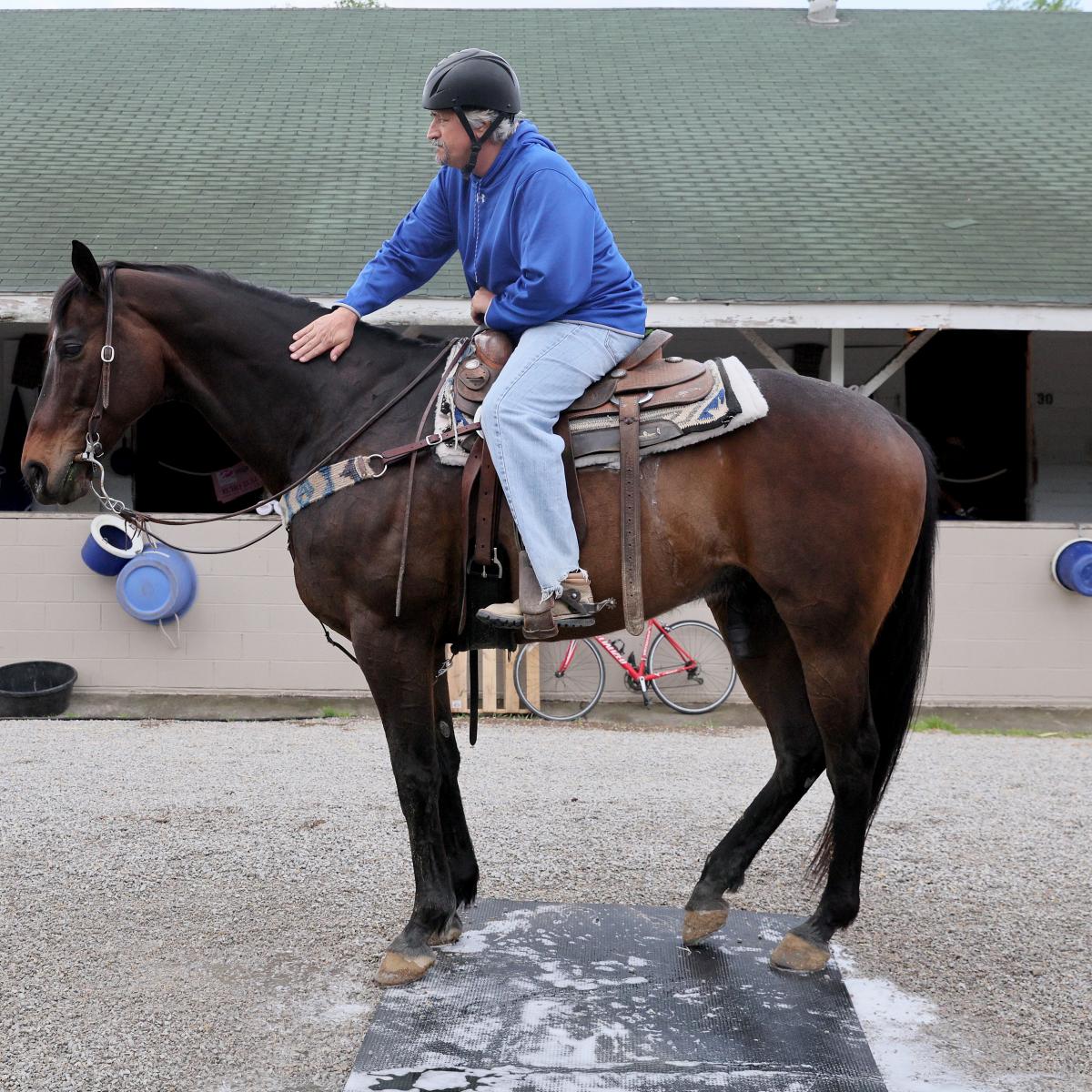 Steve Asmussen has entered plenty of talented horses into the Kentucky Derby over the years, but the longtime trainer has never ended up in the winner’s circle at Churchill Downs.

Perhaps that will change with Epicenter in 2022.

The colt is among the early favorites to win this year’s Derby, which will be the 148th running of the race and takes place Saturday. It’s the first of the three Triple Crown events on the schedule, ahead of the Preakness and Belmont Stakes.

The 20-horse field for the Derby isn’t yet finalized, but Epicenter is expected to be among the top contenders. It will be set following the post position draw, which is scheduled for Monday at 2 p.m. ET and can be streamed live at KentuckyDerby.com.

Here’s a look at the expected field for the 2022 Kentucky Derby, courtesy of the event’s site.

On Sunday, trainer Chad Brown announced he would not be entering Early Voting in this year’s Kentucky Derby. The colt had a strong resume after winning his first two career races and then finishing second to Mo Donegal in the Wood Memorial Stakes last month.

However, Brown decided to hold Early Voting out of the Run for the Roses to begin preparing him for the Preakness.

“He’s a lightly raced horse who hadn’t had any real experience with challenging trips or anything like that,” Brown said, per Alicia Hughes of Horse Racing Nation. “To throw him into deep water with a 20-horse field, at this point in time with him, I don’t think it’s the right thing. We’re excited about his chances in the Preakness.”

Even without Early Voting in the field, Brown will still have an opportunity to win the Derby for the first time. He’ll be entering Zandon, who won last month’s Blue Grass Stakes and is expected to be among the top contenders at Churchill Downs this weekend.

Brown’s decision to not enter Early Voting created an opening for another horse to join the field. And that opportunity will go to Pioneer of Medina, a Todd Pletcher-trained colt that is now expected to participate in the race.

“He’s trained super since he’s been here, and his form has held up well from the prep races he’s been running in,” Pletcher said, per Hughes. “Now we just need to line up a jockey.”

Pletcher, a two-time Kentucky Derby winner, will now have three horses in this year’s race, with Mo Donegal and Charge It also in the field.

So for now, it seems the 20-horse lineup is in order. But if another name drops out, it would create an opening for Ethereal Road, who would be the next colt in based on the points standings.

Many eyes this week will be on Epicenter, considering he’s the favorite to win this year’s Derby. And so far, the colt appears to be doing well in his preparations for the race.

“I think that he’s in a beautiful rhythm and we’re trying to create the circumstances to prepare for what we’re expecting to happen in the races this weekend,” Asmussen said, per Hughes. “Honestly, we have so much confidence in Epicenter right now.”

However, there are a lot of strong horses in this year’s field, and it’s shaping up to be a competitive race. So it will be intriguing to see how the post draw goes, how that affects the betting lines and then what happens once the entrants leave the gate on Saturday.

Denial of responsibility! NewsUpdate is an automatic aggregator around the global media. All the content are available free on Internet. We have just arranged it in one platform for educational purpose only. In each content, the hyperlink to the primary source is specified. All trademarks belong to their rightful owners, all materials to their authors. If you are the owner of the content and do not want us to publish your materials on our website, please contact us by email – [email protected]. The content will be deleted within 24 hours.
best sports newsDerbydrawHorsesKentuckylineupnews update sportsnewsupdate

Top 10 questions about Kings-Oilers: Can the Kings contain Connor McDavid?

Vivo X80 Pro and the consequences of luxury segment

This ‘Elden Ring’ mod lets you summon your favourite NPCs…