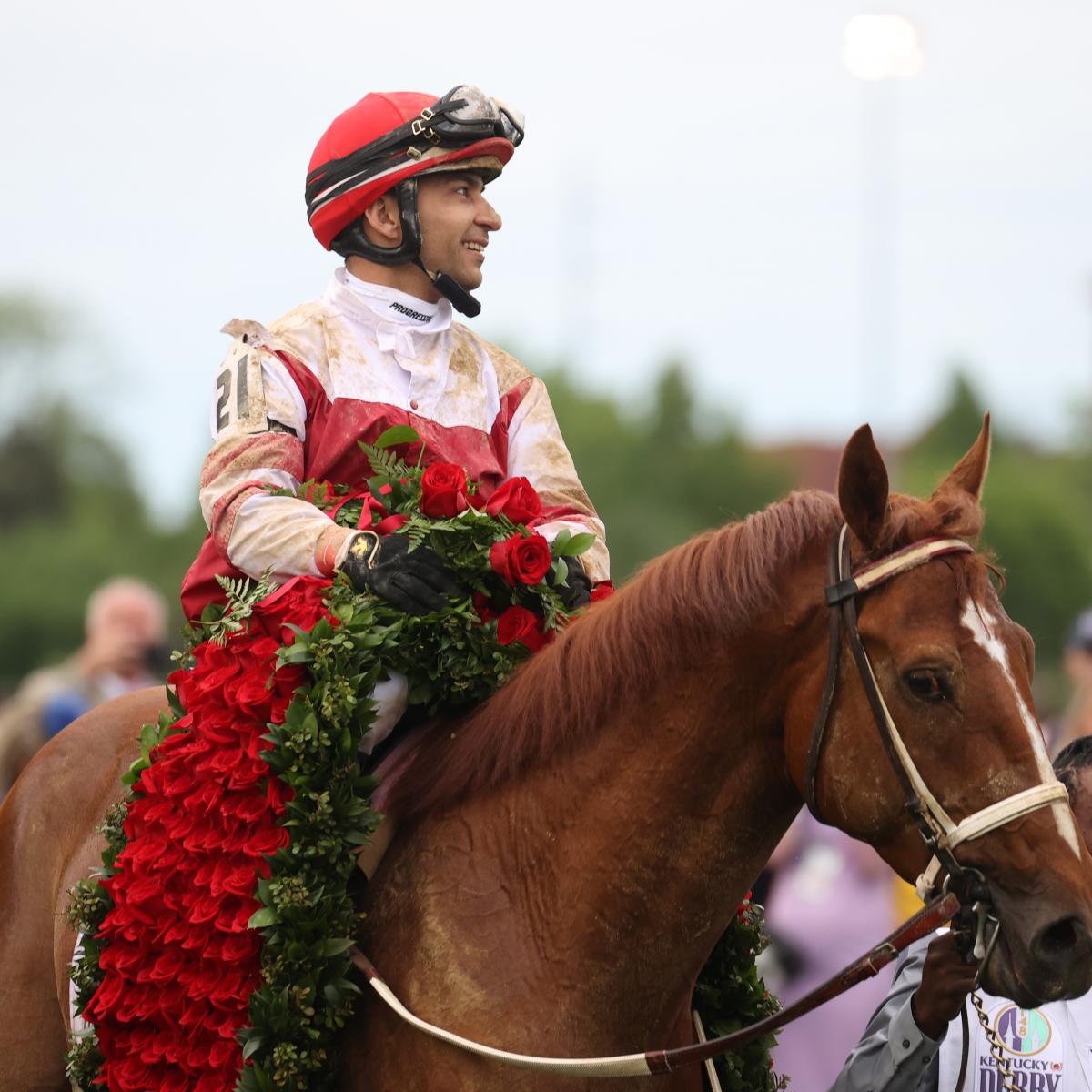 Rich Strike (80-1) was the biggest longshot in the 2022 Kentucky Derby. The colt wasn’t even going to be in the race until Ethereal Road was scratched Friday morning, only one day before the 148th running of the Run for the Roses.

Epicenter (4-1) ended up as the betting favorite. Many thought the Steve Asmussen-trained colt could win the Derby, and he put himself in a prime position to do so late in Saturday’s race.

If any horse was going to run down Epicenter on the final backstretch, it wouldn’t be Rich Strike, right? Wrong.

In an improbable finish, Rich Strike used an incredible surge to move his way through the field, overtaking Epicenter for the lead shortly before the finish line and completing the 2022 Derby in a winning time of 2 minutes and 2.61 seconds. It marked the first career Kentucky Derby victories for both trainer Eric Reed and jockey Sonny Leon.

Here’s the finishing order for this year’s Derby, along with the chart and purse breakdown.

Not many people (if any) were predicting Rich Strike to win the 2022 Kentucky Derby. Even though this race was expected to have a fairly wide-open field, it’s not often a horse with that long of odds ends up winning the Run for the Roses.

Yet, Rich Strike did. It was the biggest Derby upset since 91-1 longshot Donerail won in 1913. But Donerail was only competing against seven other horses, while Rich Strike was part of a 20-horse field.

As Rich Strike made his move up the field, Reed almost couldn’t handle the excitement of his horse closing in on the biggest win of his career.

“I about fell down in the paddock when he hit the wire,” Reed said, per Beth Harris of the Associated Press. “I about passed out.”

While Rich Strike’s victory was unexpected, there weren’t many other surprises near the top of the leaderboard at the end of Saturday’s race. Epicenter entered as the betting favorite and nearly won, before ending up second by only 3/4 of a length.

Zandon, another expected front-runner, finished third. Simplification and Mo Donegal rounded out the top five, which are the spots that the $3 million purse was divided among.

But after the race was over, all the buzz continued to be about Rich Strike’s unlikely win and the manner in which he stormed through the field late.

“What a crazy Derby,” trainer Kenny McPeek said, per Harris.

Not only had Reed never won a Kentucky Derby, but he had never been a trainer for a horse in the field. Leon had never been a jockey for a Derby horse, either. So they all got to experience race day at Churchill Downs for the first time together, and Rich Strike helped them create quite the memories.

Now, Rich Strike will look to keep his underdog story going at the Preakness Stakes on May 21. Reed said during a post-Derby interview on the NBC broadcast that the colt will be headed to Pimlico Race Course in Baltimore for that event, the second in the three-leg Triple Crown schedule.

There are sure to be plenty of talented horses in that field, too, so Rich Strike may not be the betting favorite again. But it’s also highly unlikely that he’ll be anywhere close to the 80-1 longshot he was for the Kentucky Derby.

Could Rich Strike possibly notch another win at the Preakness? We’ll find out in a little less than two weeks.

Denial of responsibility! NewsUpdate is an automatic aggregator around the global media. All the content are available free on Internet. We have just arranged it in one platform for educational purpose only. In each content, the hyperlink to the primary source is specified. All trademarks belong to their rightful owners, all materials to their authors. If you are the owner of the content and do not want us to publish your materials on our website, please contact us by email – [email protected]. The content will be deleted within 24 hours.
best sports newschartDerbyfinalfinishingKentuckynews update sportsnewsupdate

Column: A Rudy story at Loyola High: Grant Steuerwald comes to the rescue in volleyball