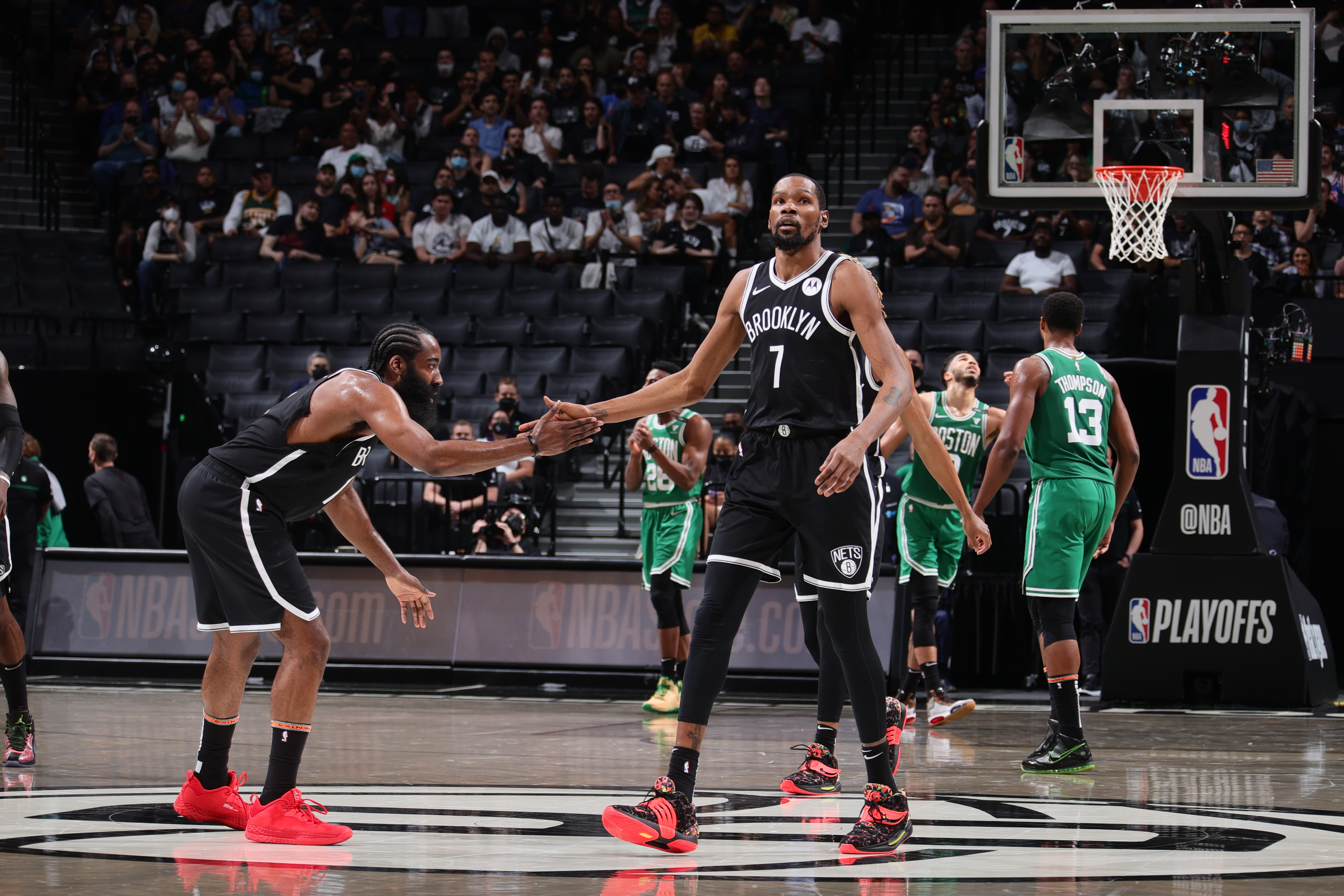 When the Brooklyn Nets were in doubt, they doubled down on defense Saturday night.

As their offense stalled in Game 1 of their Eastern Conference first-round series against the Boston Celtics, it was just about all the Nets could do to exert some form of control over their opponent.

The result: a 104-93 victory in which their division rival shot 36.9 percent from the field.

“I think once your energy’s focused on the defensive side of the ball, it will start to turn for you,” Durant told reporters afterward. “So you saw that for us in the second half.”

Then again, Brooklyn didn’t have much of a choice.

The Nets drilled just one of 13 three-point attempts in the first half, shot 40.5 percent from the floor overall before halftime and trailed by six points.

If Brooklyn couldn’t control the floor on defense, there was a more than likely chance the club wasn’t going to retain home-court advantage. That much was likely known inside the Nets’ locker room at halftime. And it may explain why the team was so focused on clamping down on its end of the floor over the final two frames.

“I felt like we put on a good show,” Kyrie Irving said. “We’ve just got to do it three more times.”

With a—finally—healthy roster, that should only get easier.

Saturday marked the first time all season Brooklyn used a starting lineup of Durant, Irving, James Harden, Joe Harris and Blake Griffin, but it was also just the eighth time Durant, Irving and Harden had been available in the same contest.

That lack of chemistry showed early and often on offense, but the lineup proved much more efficient on the other side of the ball.

As long as that energy remains consistent on defense while the offense finds its rhythm, Brooklyn shouldn’t have much trouble advancing past the Celtics—or any team in the East, for that matter.

Denial of responsibility! NewsUpdate is an automatic aggregator around the global media. All the content are available free on Internet. We have just arranged it in one platform for educational purpose only. In each content, the hyperlink to the primary source is specified. All trademarks belong to their rightful owners, all materials to their authors. If you are the owner of the content and do not want us to publish your materials on our website, please contact us by email – [email protected]. The content will be deleted within 24 hours.
best sports newsCelticsDefensiveDurantenergyGamehelpedKevin

The Best XI: Premier League’s team of the season has a Manchester overload