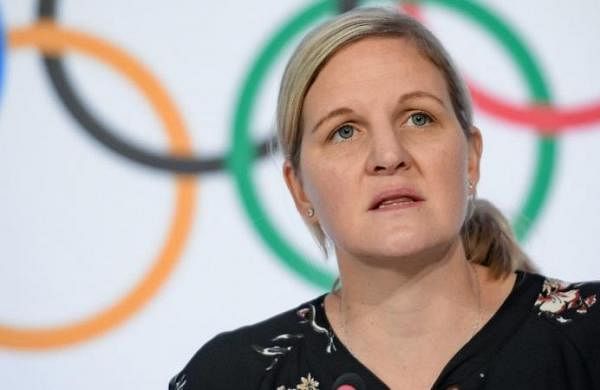 LAUSANNE: The International Olympic Committee (IOC) on Thursday announced the composition of its Coordination Commission for the Games of the XXXV Olympiad after electing Brisbane 2032 as Olympic and Paralympic host last July in Tokyo.

Five-time Olympian and two-time Olympic champion in swimming Kirsty Coventry, from Zimbabwe, will chair the Commission. The most decorated Olympian from her continent, Coventry was the Chair of the IOC Athletes’ Commission, and in this capacity a member of the IOC Executive Board, from 2018 until earlier this year, when the IOC Session in Tokyo approved the change of her IOC membership status to Individual Member.

Sixty-six per cent of the Brisbane 2032 Coordination Commission members are women, with the number of female chairs of IOC Commissions now 12 out of 30.

The Olympic Games Brisbane 2032 are the first to have been elected under, and to have fully benefited from, the new flexible approach to electing Olympic hosts. The new approach encourages sustainable Olympic projects that fit into long-term regional and national strategies while delivering the best possible Games experience. With an average age of 48, and with the addition of more recently-elected IOC members, the Commission members will also bring a fresh perspective to the preparations.

IOC President Thomas Bach said: “Kirsty Coventry is leading an exciting new generation of IOC members in this Commission. As a double Olympic gold medallist and a former IOC Executive Board member, she has all the experience for this important task. The Commission will cooperate closely with the Organising Committee to deliver together sustainable and economically responsible Olympic Games. These will be an exciting experience for the athletes and the fans, and have a solid legacy fully aligned with the IOC reforms of Olympic Agenda 2020+5.”

Commission Chair Coventry added: “It is a great honour to be chosen to lead the Coordination Commission for Brisbane 2032. As a five-time Olympian and former Chair of the Athletes’ Commission, I will always put athletes at the heart of these Games. Brisbane 2032 has an exciting concept which will deliver a great legacy for the region and the country, but most importantly it will deliver great Games for the athletes and for the fans. Working with such a dynamic Coordination Commission, we can help the organisers with our energy and experience to bring their ideas to life.”

The Commission will be made up of other IOC members who are not on the Executive Board, with representatives of the athletes, International Federations, National Olympic Committees and the International Paralympic Committee. In addition to the Chair and Vice-Chair, there are two members from each continent. Other members might be added to the current core composition over the next 11 years until the Games.

Denial of responsibility! NewsUpdate is an automatic aggregator around the global media. All the content are available free on Internet. We have just arranged it in one platform for educational purpose only. In each content, the hyperlink to the primary source is specified. All trademarks belong to their rightful owners, all materials to their authors. If you are the owner of the content and do not want us to publish your materials on our website, please contact us by email – [email protected]. The content will be deleted within 24 hours.
best sports newsBrisbaneBrisbane OlympicsBrisbane Olympics 2032ChairCommissioncoordinationCoventry

IPL 2021: RCB vs DC, MI vs SRH: When and where to watch two concurrent games on October 8