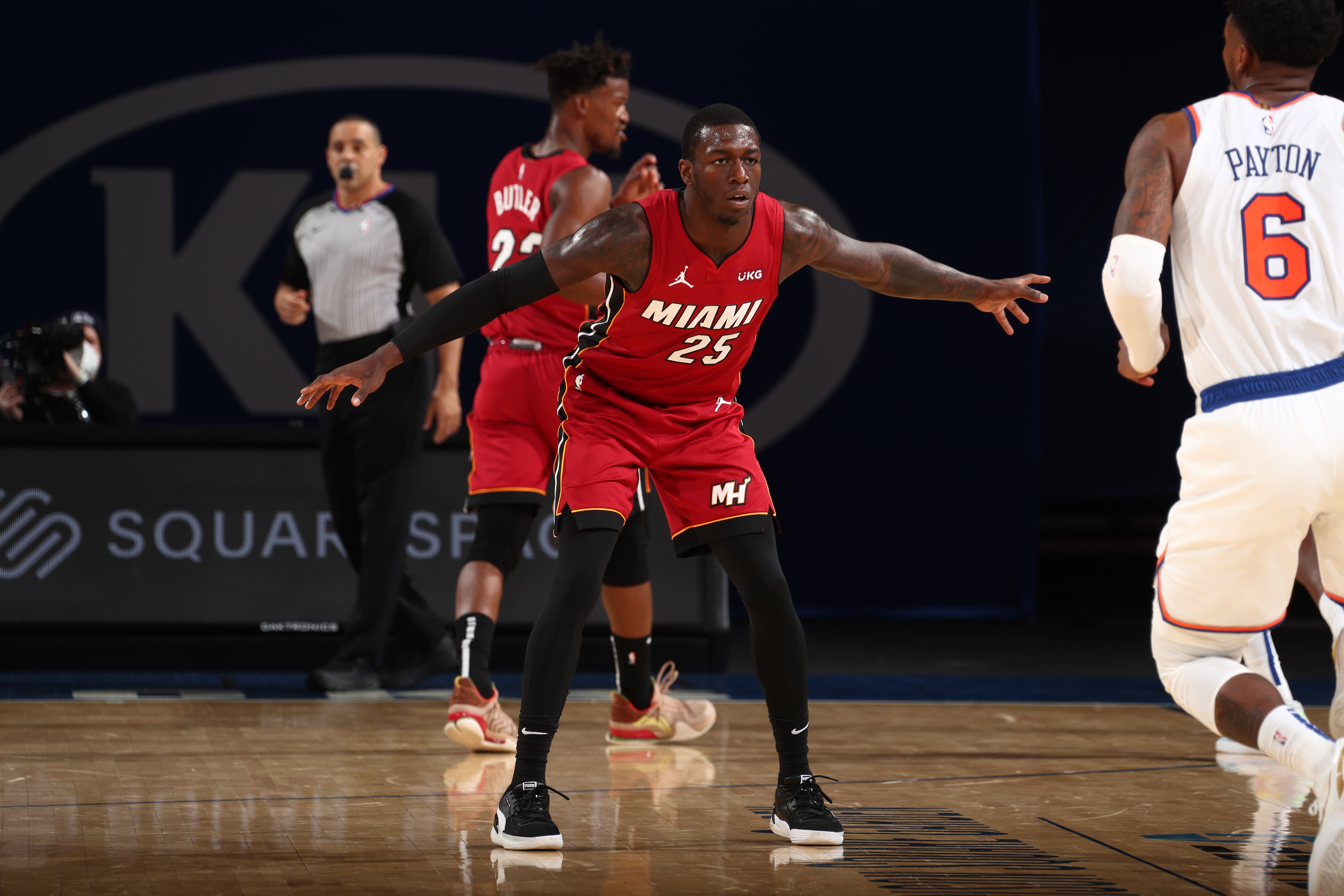 Coming off a season in which they were a surprise contender in the Eastern Conference, the New York Knicks are ready to add some reinforcements to their rebuild. That reportedly may include plucking restricted free-agent guard Kendrick Nunn from the Miami Heat.

According to SNY’s Ian Begley, Nunn, Lonzo Ball and Devonte’ Graham are all on the club’s wish list, but it’s the Chicago native the team is most interested in.

“Nunn, per sources, is among the guards who have been on the Knicks’ radar as they consider their offseason plans. Nunn shot 38.1 percent from beyond the arc on nearly six attempts per game this season and shot it remarkably well in the second half of the season. One member of an opposing organization analyzing the market drew a comparison between the 25-year-old Nunn and Terry Rozier, who averaged nine points per game in his last season with the Celtics before signing a three-year, $56 million deal with Charlotte. Rozier’s role increased. His production also increased. The opposing team thought Nunn, who averaged 14.6 points per game last year, could follow a similar path if his opportunities increased.”

Despite averaging 14.6 points, 3.2 rebounds and 2.6 assists in 56 games with Miami last season (44 starts), Nunn’s standing with the team is unclear following a first-round sweep at the hands of the Milwaukee Bucks.

According to John Hollinger of The Athletic, Nunn’s market value is around $15 million per season—a steep increase from the $1.7 million he earned last season. Spotrac notes Miami would have to make a qualifying offer of $4.7 million after the guard met the starting criteria last season.

Loading...
Denial of responsibility! NewsUpdate is an automatic aggregator around the global media. All the content are available free on Internet. We have just arranged it in one platform for educational purpose only. In each content, the hyperlink to the primary source is specified. All trademarks belong to their rightful owners, all materials to their authors. If you are the owner of the content and do not want us to publish your materials on our website, please contact us by email – [email protected]. The content will be deleted within 24 hours.
Loading...
Agencybest sports newsEnteringfreeKendrickKnicksnews update sportsnewsupdate

Mi Watch Revolve Active to launch in India alongside the Mi…

Can the Philadelphia 76ers Survive If Joel Embiid…