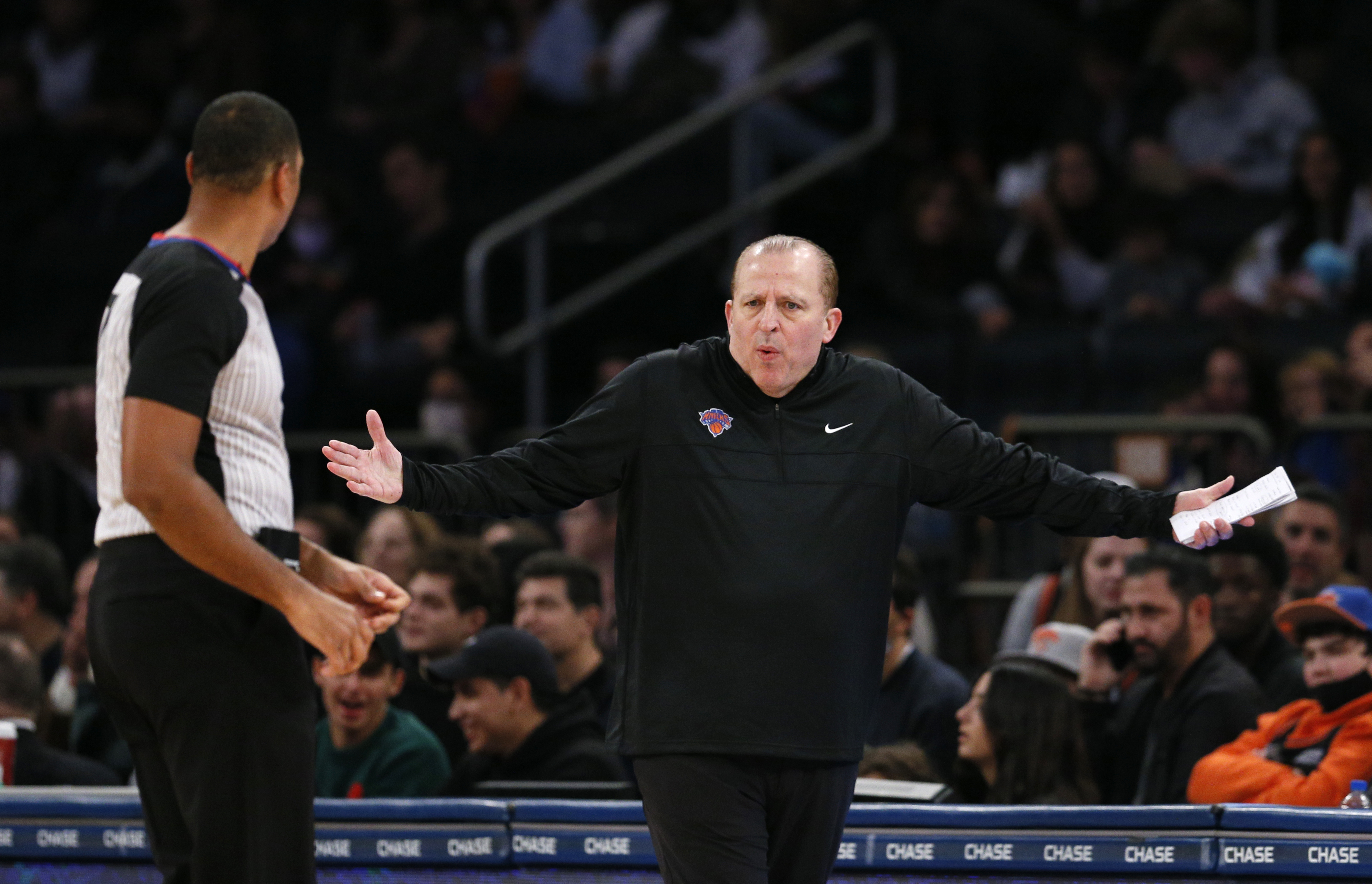 The New York Knicks scored just 13 first-quarter points en route to a 106-99 home win over the 1-15 Houston Rockets on Saturday, which featured another sluggish offensive performance in a season that has featured a handful of those lately.

After the game, SNY’s Ian Begley reported that some of the team’s top players are not thrilled with how things are going offensively.

The Knicks started their season on fire with wins in five of six games. They’ve gone just 4-6 since, and the offense has been particularly stagnant in the last six (99.2 PPG).

On Saturday, New York trailed 73-72 entering the fourth quarter but turned it up in the fourth, with 34 points to seal the win.

However, the win didn’t do much to dispel the notion that the Knicks have serious offensive concerns, especially after they had trouble putting away a one-win team at home.

Julius Randle scored 16 points on 4-of-15 shooting, although he contributed 10 rebounds and nine assists.

Alec Burks (20 points, 6-of-7 from three-point range) and Evan Fournier (19 points, 5-of-10 from downtown) ultimately saved the day with hot shooting performances. The Rockets also beat themselves with 22 turnovers.

The Knicks still have a winning record at 9-7, so it’s not all doom and gloom for the team.

However, their offensive performance will be put to the test over the next three-plus weeks, as they are entering a schedule gauntlet that includes the 11-5 Chicago Bulls (twice), both reigning NBA Finalists in the Milwaukee Bucks and Phoenix Suns and a crosstown matchup with the Eastern Conference-leading Brooklyn Nets.

A road date with the Bulls is up first on Sunday at 8 p.m.

Denial of responsibility! NewsUpdate is an automatic aggregator around the global media. All the content are available free on Internet. We have just arranged it in one platform for educational purpose only. In each content, the hyperlink to the primary source is specified. All trademarks belong to their rightful owners, all materials to their authors. If you are the owner of the content and do not want us to publish your materials on our website, please contact us by email – [email protected]. The content will be deleted within 24 hours.
best sports newsExpressingFrustrationKnicksnews update sportsnewsupdateOffensivePlayers