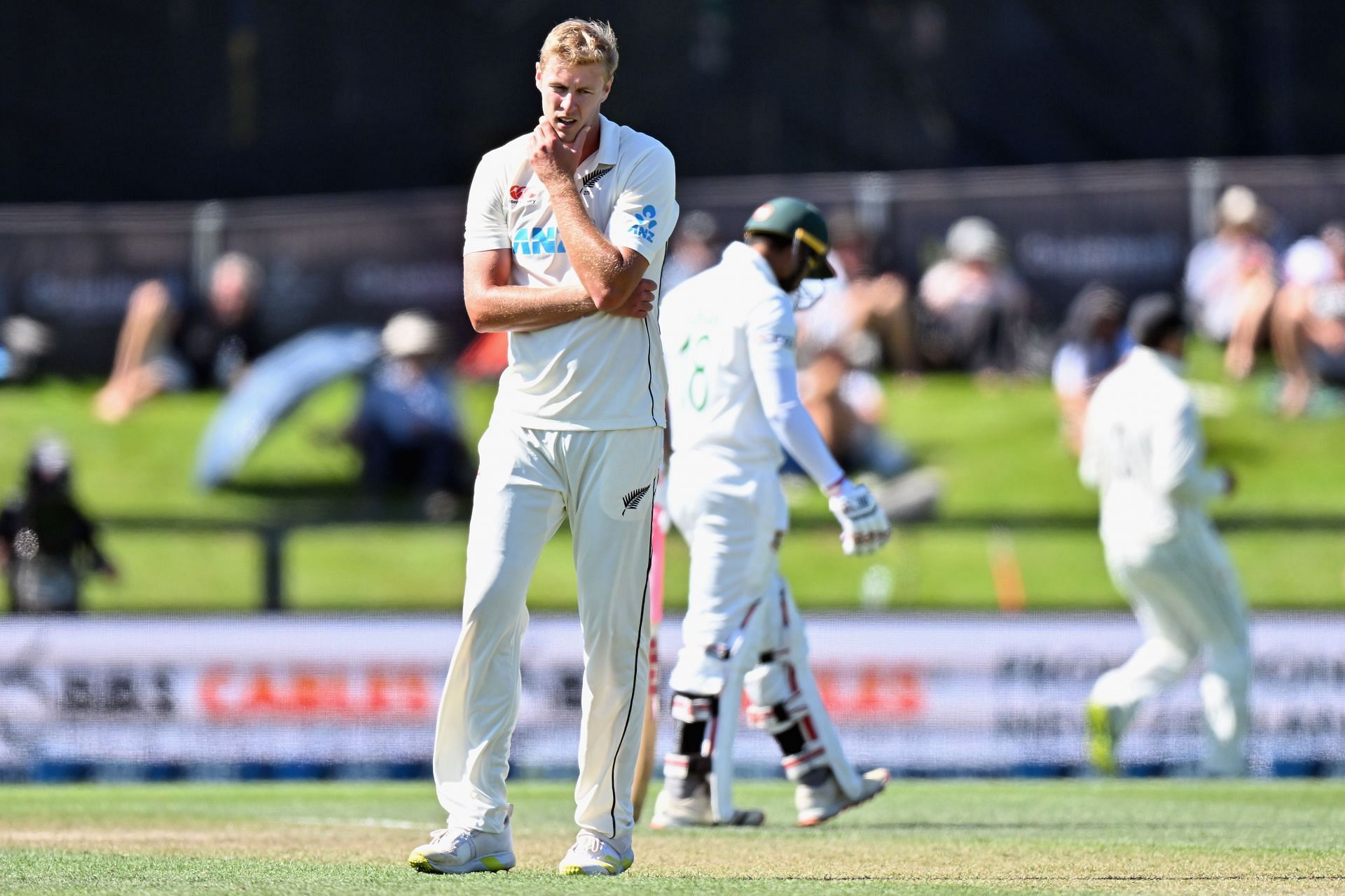 New Zealand pacer Kyle Jamieson was fined 15 percent of his match fee for breaching the International Cricket Council (ICC) Code of Conduct during the second Test against Bangladesh.

The lanky fast-bowler was found guilty of breaching Article 2.5 of the ICC Code of Conduct which relates to ‘using language, actions or gestures which disparage or which could provoke an aggressive reaction from a batter upon his/her dismissal during an International Match’.

One demerit point was also added to his disciplinary record. This was Kyle Jamieson’s third offence in 24 months. He now has a total of three demerit points on his record.

The incident occurred in the 41st over of Bangladesh’s first innings on Monday. The New Zealand pacer ‘used inappropriate language’ after dismissing Yasir Ali, the ICC said in its release. The 27-year-old admitted to the offence and accepted the sanction and there was no need for a formal hearing on the matter.

Jamieson’s previous breaches were on 23 March 2021 during an ODI against Bangladesh and on 28 December 2020 in a Test match against Pakistan.

New Zealand bowled Bangladesh out for 278 in their second innings to seal a victory by an innings and 117 runs in Christchurch.

Kyle Jamieson picked four wickets, including that of centurion Liton Das to help New Zealand wrap up the win. This saw the two-match series end in a 1-1 draw after the Tigers upset the hosts in the first Test.

A brilliant 252 from Tom Latham and Devon Conway’s second century of the series powered New Zealand to 521/6. Bangladesh, who were brilliant with the bat in the first Test, could not replicate their form and were rolled over for 126 thanks to a Trent Boult fifer. Yasir Ali top-scored with 55.

Made to follow on, Liton Das hit a counter-attacking knock 102 runs, but the Tigers only managed to score 278, succumbing to a big defeat. Bangladesh, though, will be happy to have drawn the series thanks to their 8-wicket win in the first Test.

Denial of responsibility! NewsUpdate is an automatic aggregator around the global media. All the content are available free on Internet. We have just arranged it in one platform for educational purpose only. In each content, the hyperlink to the primary source is specified. All trademarks belong to their rightful owners, all materials to their authors. If you are the owner of the content and do not want us to publish your materials on our website, please contact us by email – [email protected]. The content will be deleted within 24 hours.
2ndbangladeshBangladesh Cricket Teambest sports newsbreachingCodeConductCricket