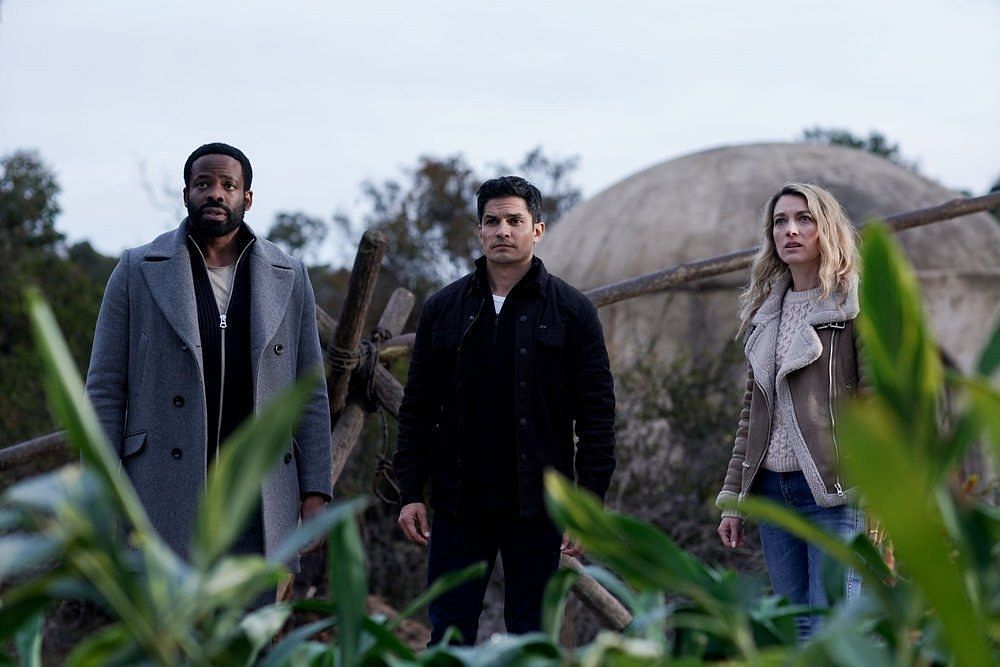 The latest episode of La Brea is full of material and has left us wondering what lies ahead. The next episode is titled “Origins” and may be hinting at the answers viewers have been looking for over several past episodes.

The title itself is self-explanatory and what can be understood is that the prime focus of the episode will be Gavin Harris’s (portrayed by Eoin Macken) disturbing visions that have been an integral part of the storyline since the very beginning.

NBC’s trailer, at least, hints at that.

The answer you’ve been waiting for is coming. Don’t miss an all-new episode of NBC’s #LaBrea TOMORROW 9/8c.

The answer you’ve been waiting for is coming. Don’t miss an all-new episode of NBC’s #LaBrea TOMORROW 9/8c. https://t.co/2HuCOr4Tmi

What we know from the previous episode of ‘La Brea’

La Brea season 1 episode 7 had a lot going on throughout the episode. The main crisis was limited to Marybeth Hayes (Katrina Logue) and Lucas Hayes (Josh Mckenzie) being trapped under rubble from the catastrophic storm in the “land down under.”

Gavin’s realization that it may all be connected to his past while trying to maneuver a plane down through the portal consisted of the major crisis in the world above the surface.

The date was a twist in the plot. As confirmed moments later, that date indicated the day Gavin was adopted. All this may be leading to the “Origins” that all La Brea fans have been looking forward to.

What to expect from the new episode? Visions of Gavin and alternate sink-hole

A previous episode of La Brea teased the possibility of another sinkhole opening at a different time in history. Additionally, since the very beginning, all the uncanny occurrences have been linked to visions that Gavin has been having.

With the date as a hint, it is probably a venture to find the meanings of the visions that have been haunting him and perhaps affecting the whole world bizarrely and catastrophically.

If the date of Gavin’s adoption has something to do with all the uncanny occurrences, it makes it even more exciting as to what lies ahead in the next episode. One thing is for sure, the next episode of La Brea will reveal something more significant than all episodes have till now.

Possible unraveling of the mystery, finally?

Though the next episode does hint at loosening some of the threads woven so far, it does seem unlikely that the series will give away all its secrets so soon. La Brea was recently renewed for a second season, hinting that the mystery is far from over.

Hopefully, many of these questions will be answered with the premiere of the eighth episode of La Brea on November 16th.

Denial of responsibility! NewsUpdate is an automatic aggregator around the global media. All the content are available free on Internet. We have just arranged it in one platform for educational purpose only. In each content, the hyperlink to the primary source is specified. All trademarks belong to their rightful owners, all materials to their authors. If you are the owner of the content and do not want us to publish your materials on our website, please contact us by email – [email protected]. The content will be deleted within 24 hours.
best sports newsBreaentertainmentepisodefeaturenews update sportsnewsupdateOrigins