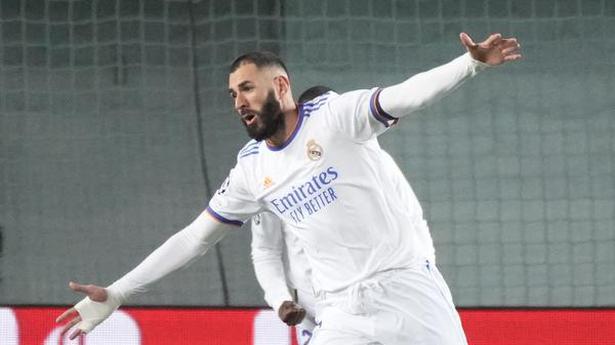 Karim Benzema and the teams that employ him appear unfazed by his guilty verdict for having played a part in the sex tape blackmail plot against a former France teammate.

Hours after the conviction by a Versailles court on Wednesday, Benzema helped Real Madrid clinch a spot in the Champions League knockout phase for a 25th consecutive season by scoring in a 3-0 win at Sheriff.

Benzema should be back in action again on Sunday, when Madrid hosts Sevilla in a clash of two of the hottest teams in the Spanish league.

At age 33, Benzema is essential to Madrid.

Once criticised in the Spanish capital for not making the most of his talent, he has emerged from Cristiano Ronaldo’s shadow to become one of Europe’s most reliable scorers.

Madrid leads the league, with Sevilla only two points back in third place.

Sevilla has boosted its attack this season. Newcomers Rafa Mir and Erik Lamela have combined for nine goals to lead the deep squad coached by former Madrid manager Julen Lopetegui.

Second-placed Real Sociedad will be hoping for Madrid to stumble as it visits Espanyol on Sunday trailing Madrid by just one point.

Atletico Madrid, is in fourth place, four points back.

Xavi Hernandez will coach his third game for Barcelona when it visits Villarreal on Sunday.

His debut was a 1-0 win over Espanyol last weekend followed by a 0-0 draw with Benfica at Camp Nou midweek.

Denial of responsibility! NewsUpdate is an automatic aggregator around the global media. All the content are available free on Internet. We have just arranged it in one platform for educational purpose only. In each content, the hyperlink to the primary source is specified. All trademarks belong to their rightful owners, all materials to their authors. If you are the owner of the content and do not want us to publish your materials on our website, please contact us by email – [email protected]. The content will be deleted within 24 hours.
Benzemabest sports newsKarim BenzemaLigaMadridnews update sportsnewsupdatereal

Abu Dhabi T10: Zazai’s half century helps Bangla Tigers to climb to the third spot in the points table

Sizing Up the Competition in the Best Division in the NHL

Baseball’s Paradox: Money Is Flowing on the Brink of a…