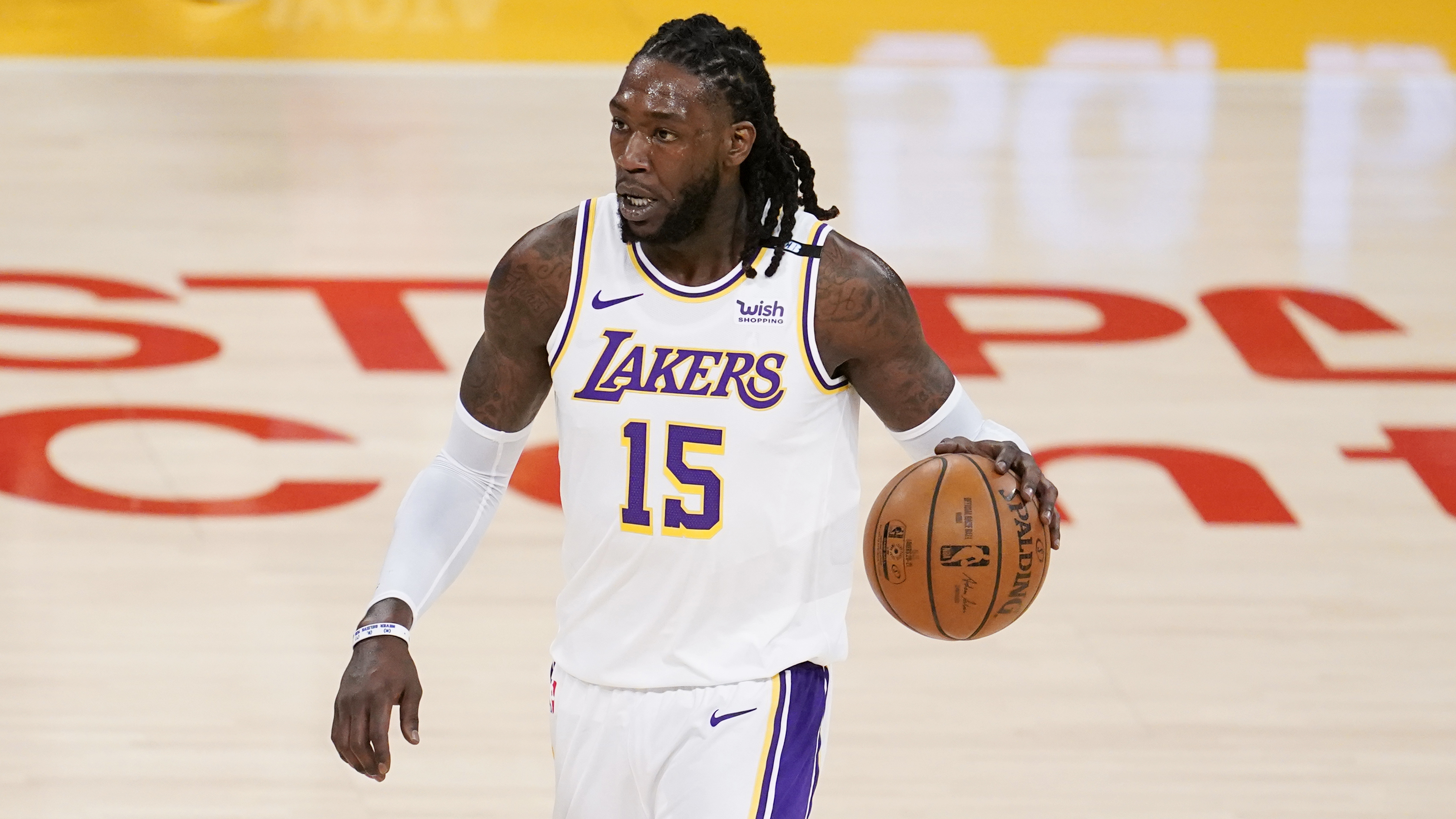 Los Angeles Lakers center Montrezl Harrell spoke out Friday against people who made insensitive comments about his late grandmother on social media after the Lakers were eliminated in the first round of the playoffs by the Phoenix Suns on Thursday.

According to ESPN’s Dave McMenamin, Harrell said: “There’s dummies out there, heartless people who get on social media … people had the nerve to say ‘F my grandmother.’ I wish they were there to say it to my face.”

Harrell announced the death of his grandmother in August, saying she meant “everything” to him.

Per ESPN’s Ohm Youngmisuk, Harrell said: “My grandmother was the one who introduced me to the game of basketball, was my dad’s mother. One of my biggest supporters, biggest fans, one of my best friends. Only way to put it. There’s no other way to explain the things she done for me.

“She was my entire world.”

Harrell won the NBA Sixth Man of the Year award last season when he was with the Los Angeles Clippers, and he dedicated the award to his late grandmother.

Despite winning the NBA championship last season, the Lakers overhauled the supporting cast around LeBron James and Anthony Davis during the offseason, adding Harrell, Dennis Schroder and Marc Gasol and then center Andre Drummond after he was bought out by the Cleveland Cavaliers during the season.

Injuries to James and Davis relegated the Lakers to the seventh seed in the Western Conference, and they fell to the second-seeded Suns, led by Devin Booker and Chris Paul, in six games.

Harrell signed a two-year deal with the Lakers, but he has a player option for next season, meaning he could become a free agent.

Denial of responsibility! NewsUpdate is an automatic aggregator around the global media. All the content are available free on Internet. We have just arranged it in one platform for educational purpose only. In each content, the hyperlink to the primary source is specified. All trademarks belong to their rightful owners, all materials to their authors. If you are the owner of the content and do not want us to publish your materials on our website, please contact us by email – [email protected]. The content will be deleted within 24 hours.
Loading...
Loading...
best sports newsCallsDummiesGrandmotherHarrellLakersMontrezlnews update sports

Who are you, Charlie Brown is going to make me cry, isn’t it?